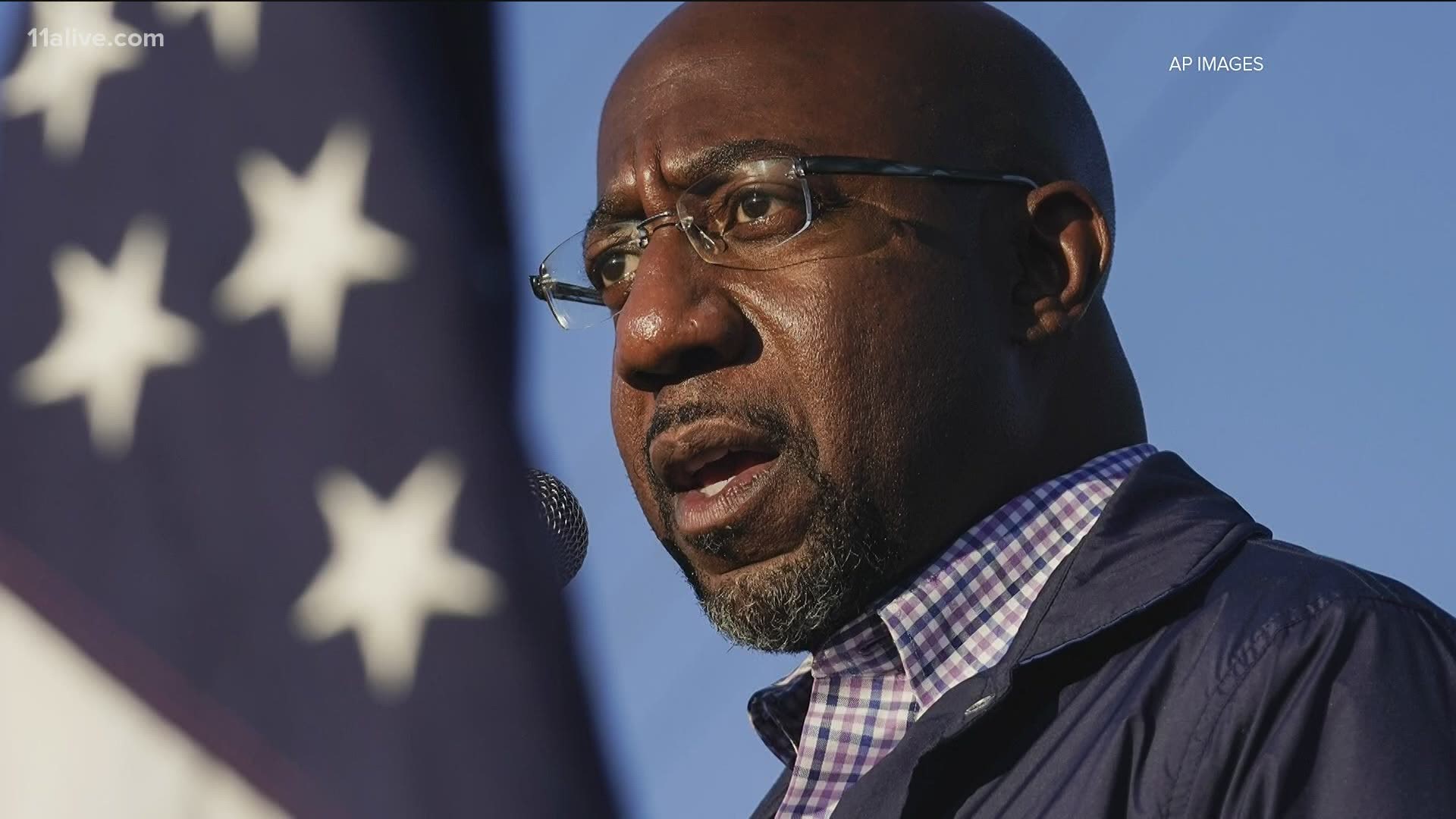 ATLANTA — 11Alive has been verifying claims made against all the Senate candidates ahead of the Jan. 5 runoff.

From the senate debate to social media, here's another claim popping up ahead of the election.

To start, the Brennan Center lays out the basics of the cash bail system, which is used as a guarantee that a defendant will return to court.

Those who don't have the funds to pay bail themselves or with a bond company are forced to await trial in jail. Critics have called the practice discriminatory.

So where does Warnock stand? He has spoken on the issue multiple times, including a Feb. 5, 2018, Atlanta City Council meeting, where he supported a city ordinance to eliminate the cash bond requirement for nonviolent arrests.

"I stand to say we ought to support this ordinance," Warnock said during his allotted time at the podium. "End money bail. We ought to end wealth-based detention."

He has also long pushed for criminal justice reform.

A 2019 11Alive News report followed the 'Ending Mass Incarceration' conference Warnock helped plan at Ebenezer Baptist Church in Atlanta. One goal of that initiative was expanding the city of Atlanta's signature bond policy to more cities, counties, and states.

The issue also emerged again during this year's Senate campaign. For example, Warnock tweeted in October that 'poverty is not a crime' as he called for an end to the cash bail system.

No one should be stuck in jail just because they can’t afford cash bail.

Poverty is not a crime, we must end cash bail.

With such sources, 11Alive can verify that's it's true Warnock has repeatedly said he wants to end cash bail, but his campaign said he doesn't mean a complete ban of the system.

Reverend Warnock supports ending cash bail for nonviolent misdemeanor offenses only, where an individual would remain in jail simply because they cannot afford bail – not because they had been convicted of any wrongdoing.