The VERIFY team fact-checked the panel of speakers who gave speeches during the first night of the RNC. 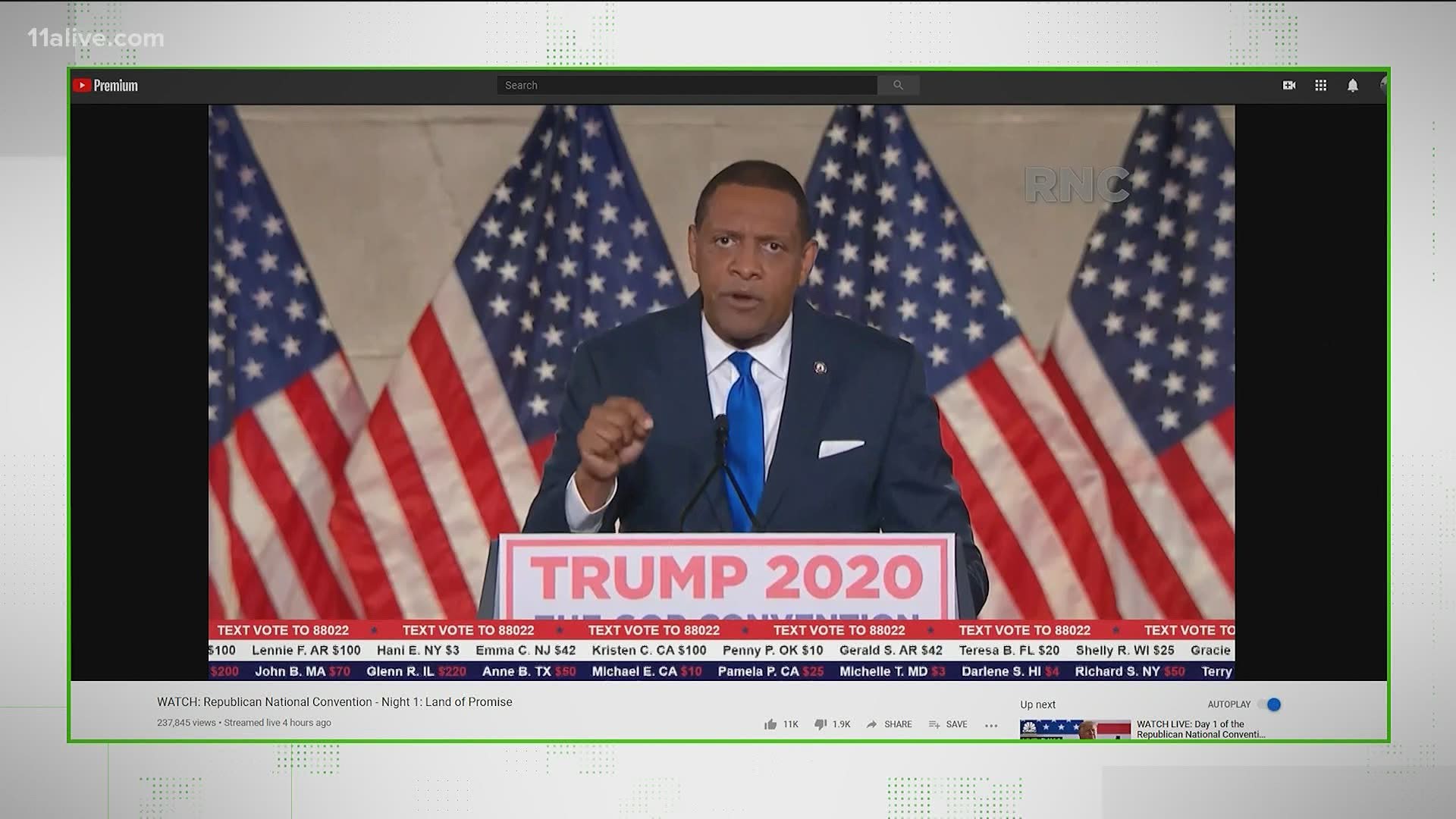 The VERIFY team is fact-checking each night of the RNC following last week's fact-checks of the DNC.

CLAIM: Donald Trump Jr. said that "Beijing Biden is so weak on China that the Intelligence Community recently assessed that the Chinese Communist Party favors Biden.”

This is false. A recent Intelligence Report published by the National Counterintelligence and Security Center did break down possible motivations of China, Russia and Iran during the 2020 election.

In its explanation of China, the NCSC report found that “China prefers that President Trump ... does not win reelection.” That could be interpreted as tacit support of Biden, but neither the report nor the NCSC ever explicitly say China or the “Chinese Communist Party” favors Biden.

That’s an important distinction because the same report details how Russia “is using a range of measures to primarily denigrate former Vice President Biden.” That could be interpreted as tacit support of President Trump, but neither the report nor the NCSC ever explicitly says that Russia favors Trump.

The report by intelligence communities directly says that China prefers that President Trump “does not win the reelection” and that Russia is working to “denigrate former Vice President Biden.” Therefore, it does not explicitly say that either country supports the other candidate.

Biden has publicly stated he does not support defunding the police multiple times. In an ABC News interview the day before the RNC, Biden was directly asked if he wants to defund the police.

“No I don’t,” Biden answered. He later added that “I don’t want to defund police departments. I think they need more help, they need more assistance.”

In an op-ed written by Biden in June, he wrote, “I don’t support defunding police.”

CLAIM: Donald Trump Jr. claimed that a few months ago, Americans were witnessing the longest prolonged economic expansion in history.

That’s true. The economic expansion began under the Obama administration in June 2009 and continued into the Trump administration until February 2020.

Long-term economic growth is something both Democrats and Republicans have tried to take credit for during their conventions. Last week, former President Barack Obama said in his Wednesday night speech that policies by his administration led to the longest period of consecutive job growth in American history.

The reality of these claims about recent long-term economic growth is that they began in the Obama administration and continued in the Trump administration.

RELATED: VERIFY: Fact-checking the speakers from night 3 of the Democratic National Convention

Claim: Georgia Democrat Vernon Jones said “The president also built the most inclusive economy ever, with record low unemployment for African Americans and record-high participation in the workforce.”

Federal Reserve Economic Data shows that African American unemployment hit an all-time low of 5.4% in late 2019. Since the coronavirus spread across the world, that number has risen to about 14%. Before the coronavirus, that rate of 5.4% was the lowest in recorded history. This part of Jones' claim is true.

CLAIM: Sen. Tim Scott said, "We actually saw revenues to the Treasury increase after we lowered taxes in 2017.”

That’s true, but only before you account for inflation.

The Congressional Budget Office’s historical data has shown that tax revenue has generally increased over the years and has increased every single year since 2009.

A report by the Brookings Institute acknowledged that “revenues were higher in the fiscal year 2018 than in FY2017,” but says when adjusted for inflation, “total revenues fell from FY2017 to FY2018.”