Verify | Are you breaking the law if you swear in front of children in Georgia?

11Alive worked to verify what the law says in Georgia. 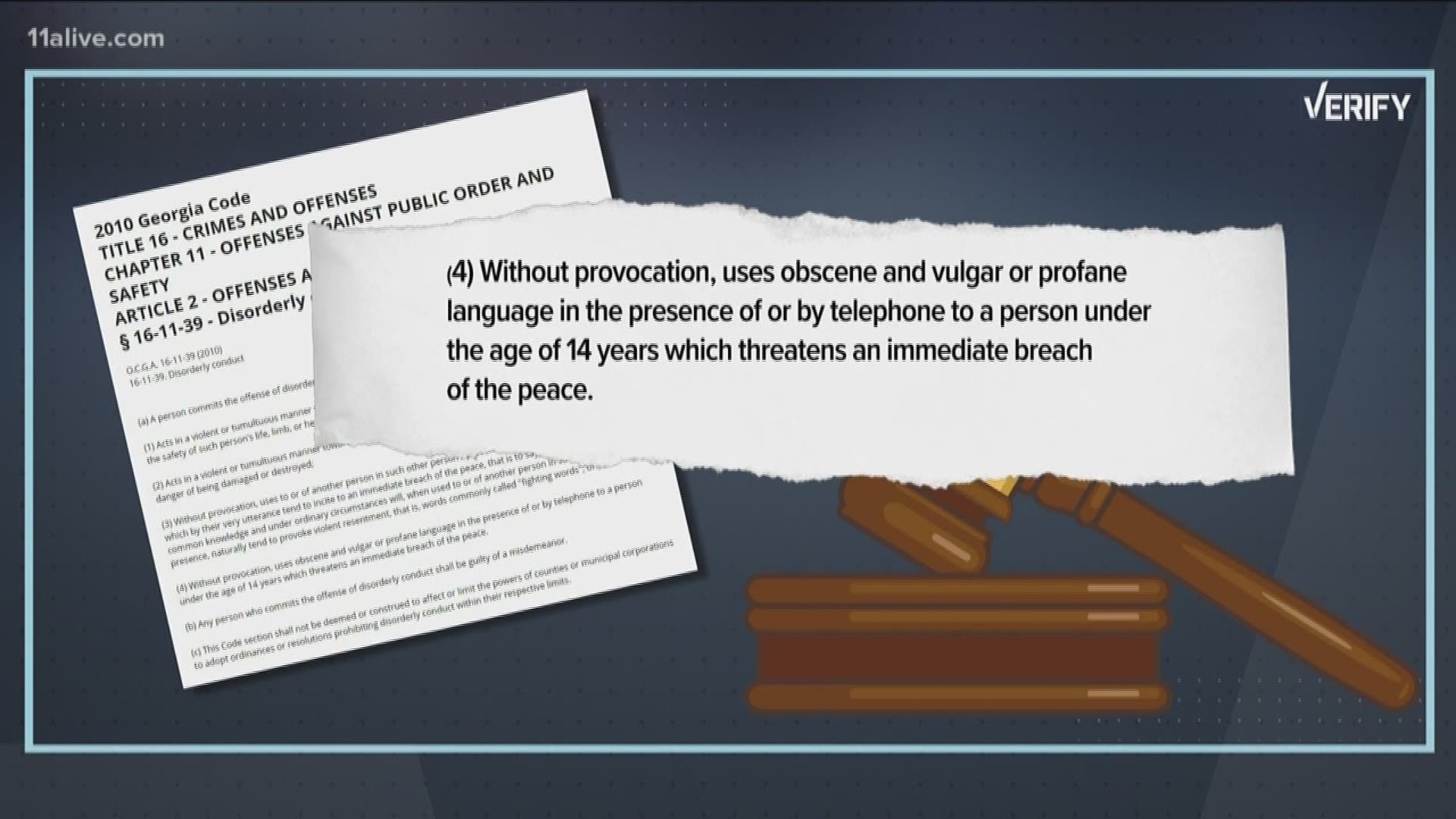 Can you get fined for swearing in front of a child in Georgia?

It's a question that 11Alive's Kaitlyn Ross is getting your answers to, after finding out about an ordinance for Myrtle Beach, South Carolina stating that you can get a $500 fine for using profane or obscene language on the beach.

Kaityn made a Facebook post about the ordinance. A Georgia law enforcement officer commented on the post, saying it's even more serious in Georgia. You can be fined $1,000 for swearing in front of a kid!

What the $%#!
Myrtle Beach, SC is looking at a new ordinance that would fine people $500 for swearing on the beach! City leaders say they want to keep the beach family friendly!
Do you think it's a great idea or a $h!##y idea? #DoodlesByDad pic.twitter.com/jUmeBx66nj

11Alive worked to verify what the law says in Georgia. We found it in code section 16-11-39 under disorderly conduct. It's a misdemeanor and the law says you can get a ticket if you swear in front of a kid 14 or younger

Family law expert Randy Kessler has been practicing for 30 years and is a professor at Emory University. He said, think of it more as an add-on charge if you're already breaking the law.

"It's nice for police to say, technically, you're violating the law. It gives them more teeth," Kessler said. "Not every law gets enforced 100 percent of the time."

There is no list of approved words you can and cannot say, according to Kessler.

But if a cop thinks you're swearing near a kid under 14? 11Alive verified that yes, you're breaking the law.