A group says metro Atlanta water is contaminated: Are their numbers legitimate?

A nonprofit group says it tested water all around metro Atlanta and west Georgia, finding contaminants that could lead to illness. But there's more to the story 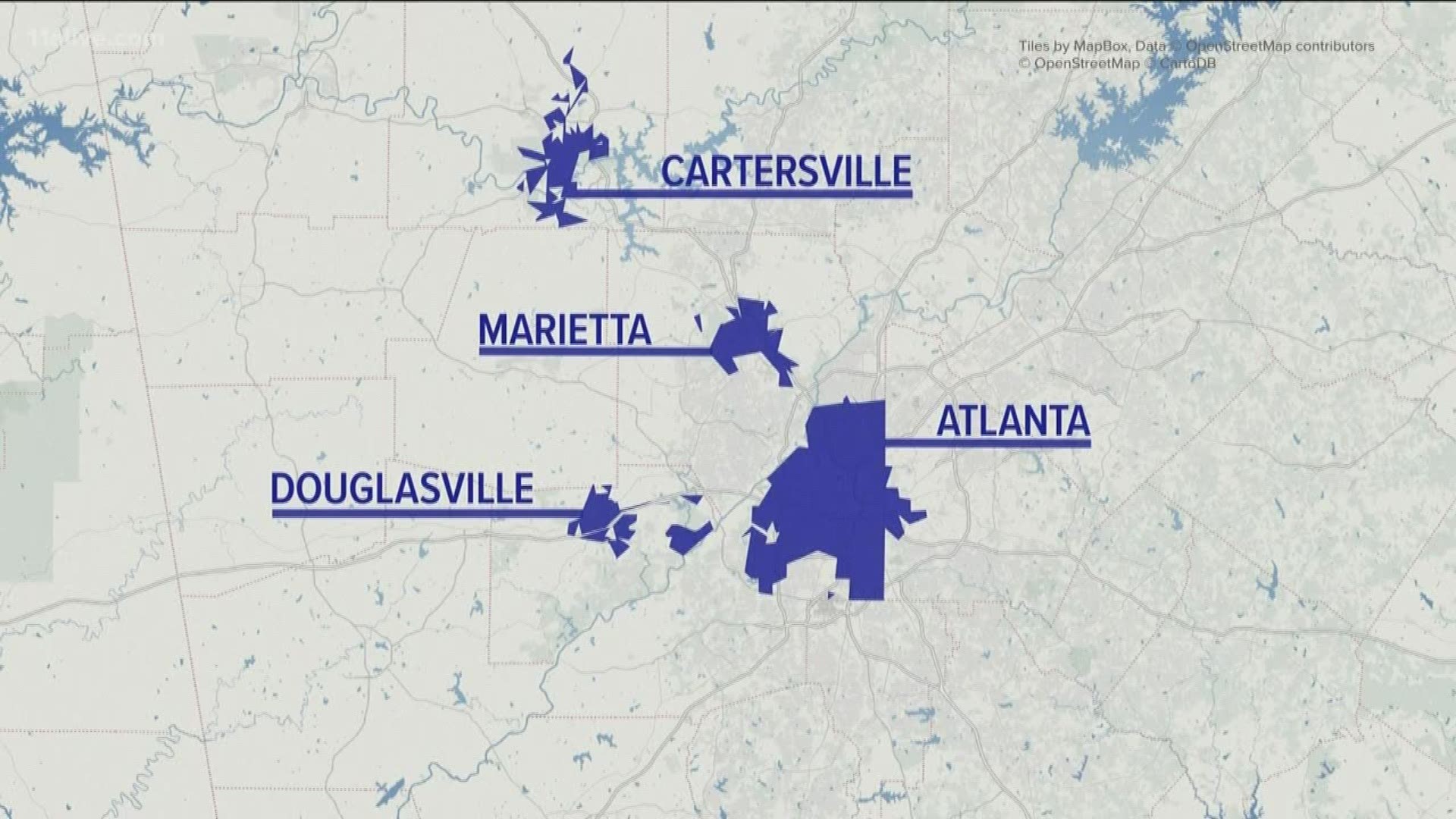 ATLANTA — A warning from an environmental group is making people question whether their water is safe to drink in the Atlanta area.

The report singles out Atlanta and most of the surrounding counties, but there's a huge caveat to the study. So, is there a legitimate concern?

The study was done by a nonprofit called Environmental Working Group. The group said it collaborated with scientists and analyzed data from water systems in 50 states.

In Georgia, the environmental group said it found harmful contaminants in the drinking water in the cities of Atlanta, Marietta, Cartersville and Douglasville. It also claims to have found contaminants in county systems in north Fulton, Cobb, DeKalb, Gwinnett and Paulding counties.

The group said it found substances in water that have been linked to cancer, hormonal disruptions, pregnancy problems and damage to the brain and nervous system. But it's important to point out that the group judged water based on its own standards - and not the national standards set by the Environmental Protection Agency.

The study said North Fulton's water contains 29 parts per billion of nitrates and nitrites, but the EPA has set the legal limit for both at 11,000 parts per billion. The nonprofit also includes contaminants that aren't included in EPA guidelines.

US endorses tobacco pouches as less risky than cigarettes