VERIFY: Does washing your hands remove all germs?

The Verify team took a closer look at concerns over handwashing and germs and the impact dirty hands can have on the food we eat. 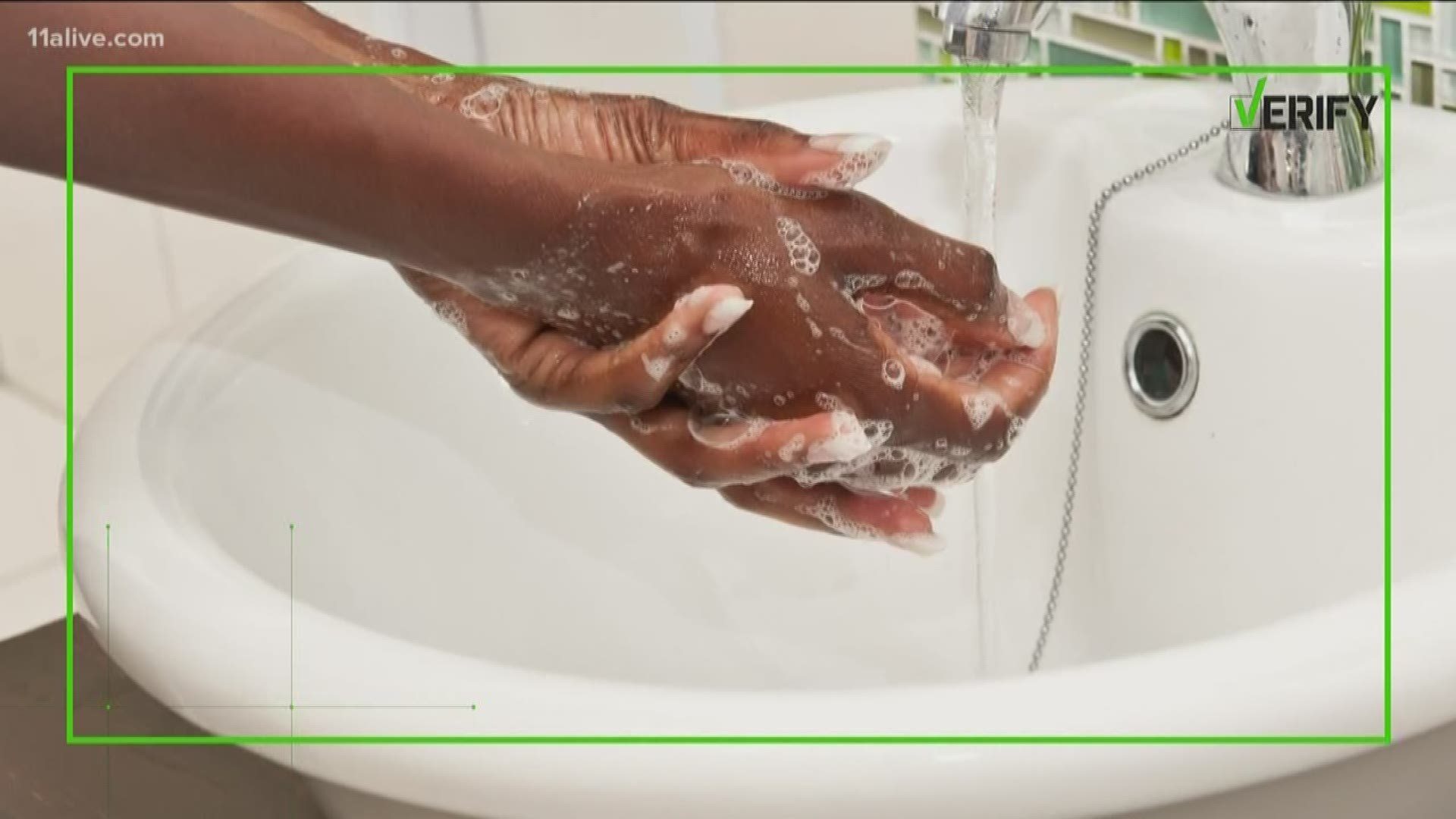 ATLANTA — How clean can hands be post-washing? An 11Alive viewer wanted to know more about the germs left behind and what that means for the food we eat.

The question: "Is it true that we cannot rid our hands completely of germs even when using sanitizer or warm water? What ratio of germs remains on the hands after using generous amounts of cleanser or sanitizer? If germs remain and is cautioned, why have cooking segments without using gloves?"

According to Mayo Clinic experts, it's impossible to keep hands germ-free but there is good news.

The current scientific evidence for handwashing says following five steps to washing hands the "right way" can remove at least 99% of germs, according to the Centers for Disease Control and Prevention.

"The current scientific evidence for handwashing suggests that following the five steps to washing hands the right way can remove at least 99% of germs on hands," Dr. David Berendes, epidemiologist in the Waterborne Disease Prevention Branch, said. "For hand sanitizers, many studies have found that sanitizers with an alcohol concentration between 60–95% kill at least 99% of germs. Sanitizers with 60-95% alcohol are more effective at killing germs than those with a lower alcohol concentration or non-alcohol-based hand sanitizers. However, alcohol-based hand sanitizers don’t kill all types of germs, such as norovirus, some parasites, and Clostridium difficile. Hand sanitizers also do not work as well when hands are soiled and may not remove harmful chemicals, such as pesticides and heavy metals like lead."

Our 11Alive viewer also wanted to know whether any remaining germs can be transferred during food preparation. Our Verify team turned to Georgia's Department of Public Health for answers, learning the rules of food handling are different depending on the type of food.

READ: Verify: Did a piece of chicken come to life and crawl off a plate?

"Any food that requires further cooking or heating for pathogen destruction can be handled with bare hands (e.g., raw meats, or pizza toppings that will be heated to at least 145°F.)," the spokesperson said. "The reasoning is because if there are any other aerobic, non-spore forming pathogens on the food worker’s hands, those will be destroyed along with any naturally occurring pathogens that might be present on the food once it has been cooked to the proper temperature for the type of food that it is. For example, raw chicken must be cooked to at least 165°F for 15 seconds to kill the most common pathogens present on the meat naturally such as campylobacter, or salmonella. Cooking the meat at that temperature for that length of time will kill any other aerobic non-spore forming pathogens that might be present on the worker’s hands as well."

However, foods that will not be cooked further or are 'ready-to-eat' do require a "a barrier between them and the food worker’s hands."

In summary, we can verify through experts like the Mayo Clinic and CDC, it's impossible to keep hands germ free but hand washing is one of the most important steps to stay healthy and not spread germs to others, according to the CDC.

The Georgia Department of Public Health also confirms any food that still needs to be cooking is ok to be handled with bare hands. But with this in mind, the CDC advises washing your hands before, during and after preparing food and before eating to avoid cross-contamination.

VERIFY: Facts vs. Fiction on fires in the Amazon

Verify: Is the 'Red Zone,' a high-risk period for sexual assault at colleges, real?

Residents report discolored drinking water in the City of Atlanta