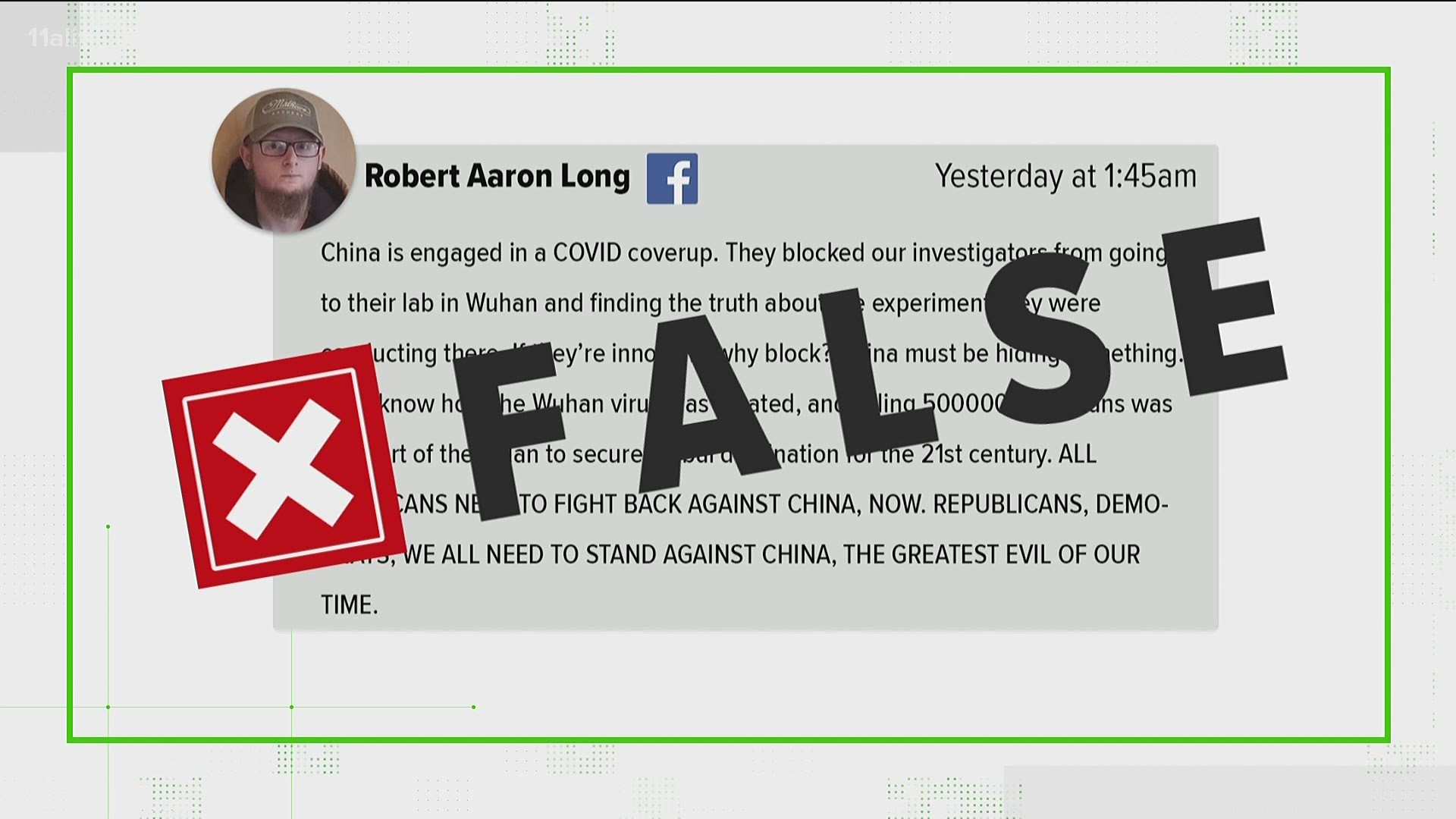 ATLANTA — A screengrab is floating around online of an alleged social media post claiming to be made by the accused metro Atlanta spa shooter, Robert Aaron Long.

Multiple viewers sent 11Alive the picture, asking us if it's legitimate. Our VERIFY team looked into it.

"We’ve confirmed that these screenshots are fake and we’re removing them from the platform for violating our policies," the spokesperson wrote in an email to 11Alive.

The image of the fake post shows the name of the accused shooter who confessed to the killings and a picture that police released Tuesday during the search for Long. It claims to be posted at 1:45 A.M. the day of the shooting.

The post, falsely claiming to be from Long, is filled with hate toward Chinese people.

RELATED: What we know | 8 killed at 3 spas in metro Atlanta

Long is accused of shooting nine people, killing eight, on Tuesday night at three spas in metro Atlanta -- one in Cherokee County and two in Midtown Atlanta. Of those killed, six were Asian women.

Authorities said they interviewed the suspect, who is white, and he claimed the shootings weren't racially motivated. However, they say it is too early in the investigation to draw any conclusions.

What we can verify is that the post floating around online claiming to be from Long is fake.

Facebook says they have taken down an Instagram account linked to Long, as well as temporarily blocked new accounts from being created using the accused shooter's name. They say they have also categorized the shooting as a violating event, which means they will "remove content that praises, supports or represents the shooting or the suspect."

RELATED: Anti-Asian violence in the spotlight after Atlanta spa shootings