To reduce exposure to COVID, stores are limiting the number of customers. A viewer emailed us saying several grocery stores in MD and VA were obstructing doors. 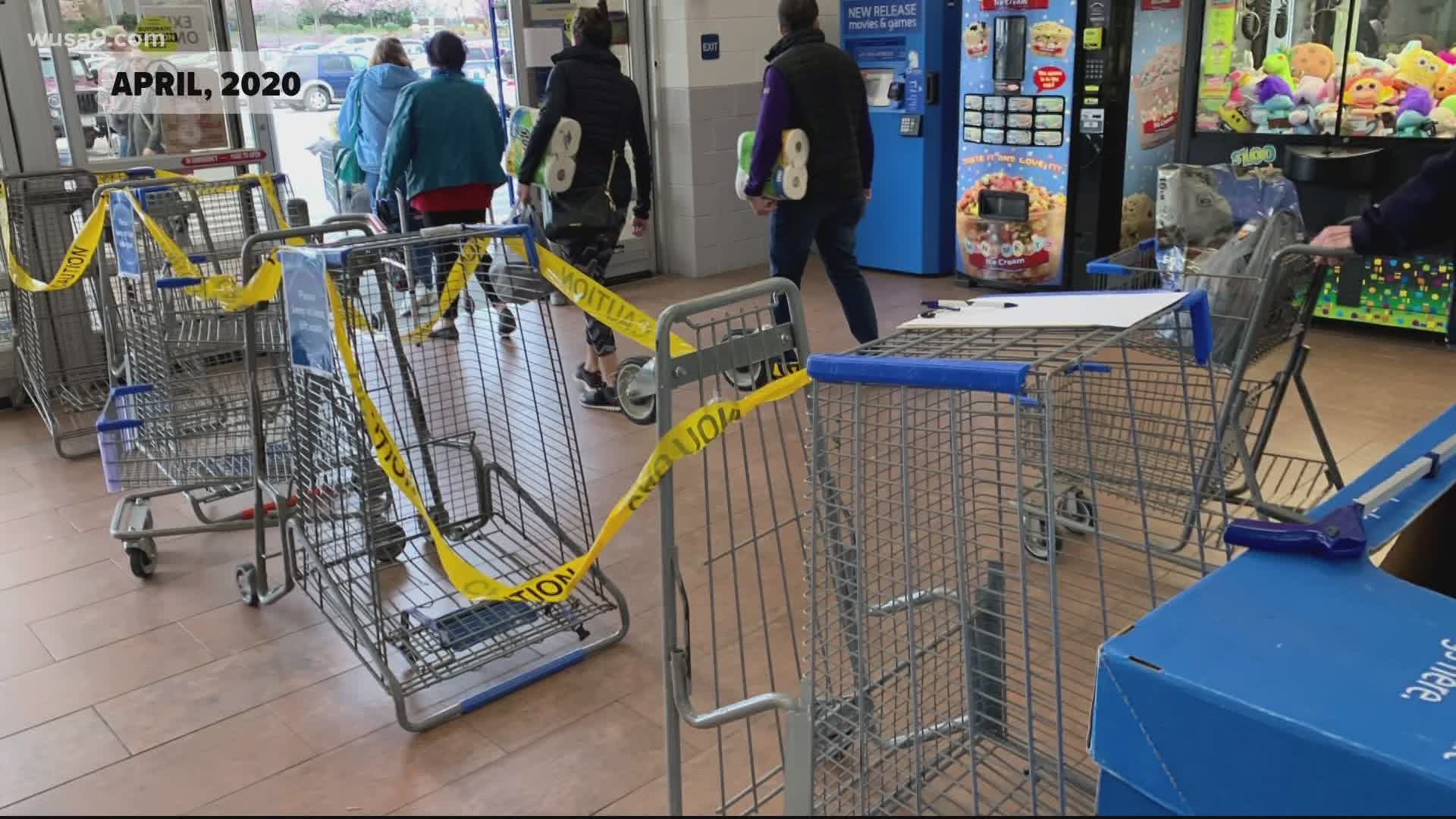 Is it a fire code violation to lock or block the doors of a grocery store during normal business hours in D.C., Maryland or Virginia?

Garrett Dyer- State Fire Marshal of the Commonwealth of Virginia

To reduce exposure to the virus, we’ve seen stores limiting the number of customers. A viewer emailed us after he said he witnessed several grocery stores in Maryland and Virginia obstructing doors.

He asked us to Verify if locking or blocking doors is a fire code violation.

Our Verify researchers contacted the office of the fire marshal for Maryland, D.C. and Virginia.

“It is against the fire code here in Virginia to block what we consider to be an exit," Garrett Dyer said.

Dyer said stores are allowed to limit the number of shoppers, but they're not allowed to make exiting difficult.

Officials from D.C. and Maryland told the Verify team, blocking or locking grocery doors during normal hours of operation is a fire violation there too.

"We've actually had a few complaints as soon as the COVID-19 epidemic started," Oliver Alkire said.

An inspector for the State Fire Marshal took these photos in early April, after receiving a complaint in Harford County.

Credit: Office of the State Fire Marshal- Maryland Department of State Police
This photo shows a permissible barrier created to help customers separate and socially distance. The photo was captured by an inspector of the Office of the State Fire Marshal in Maryland, inside a big box store in Harford, County, Maryland. This is an example of a stores changing how they let customers enter and exit without violating the fire code.

Credit: Officer of the State Fire Marshal- Maryland Department of State Police
This photo taken at a big box store in Harford County, Maryland, shows a barrier that is allowed, and does not break any state fire codes. The photo was captured by an inspector, following up after a complaint was made about the store. Senior State Fire Marshal Oliver Alkire, told WUSA9's Verify team, the store was in compliance.

“So you would see these stores line up the grocery carts along with some caution tape, and what they were doing is trying to actually...funnel everybody into one door," he said. "Then they would put tape or sign on the door, saying please use the other doors. We went out, we inspected those stores, they were actually in compliance.

Credit: Office of the Fire Marshal- Maryland Department of State Police
Stores are allowed to post signage on the doors. These photos were taken by a Fire Marshal inspector in Maryland from a store that is in compliance.

Our experts say if the store uses something you could easily move in an emergency, like a cone or sign, or it's easy to pull the door open, it’s probably up to code.

If the door is locked or if there’s a big display in front of it, it’s not.

RELATED: VERIFY: Are face masks required for restaurant employees in the DMV?

RELATED: VERIFY: Can your Virginia apartment complex require you to wear a mask in common areas?

RELATED: VERIFY: Is this check and advertisement offering $500 a week to wrap your car legit?

RELATED: VERIFY: Are masks required at grocery stores in DC, Maryland and Virginia?