A year after the pandemic began, many Georgians are still waiting for their unemployment claims to process. Here's part of the reason. 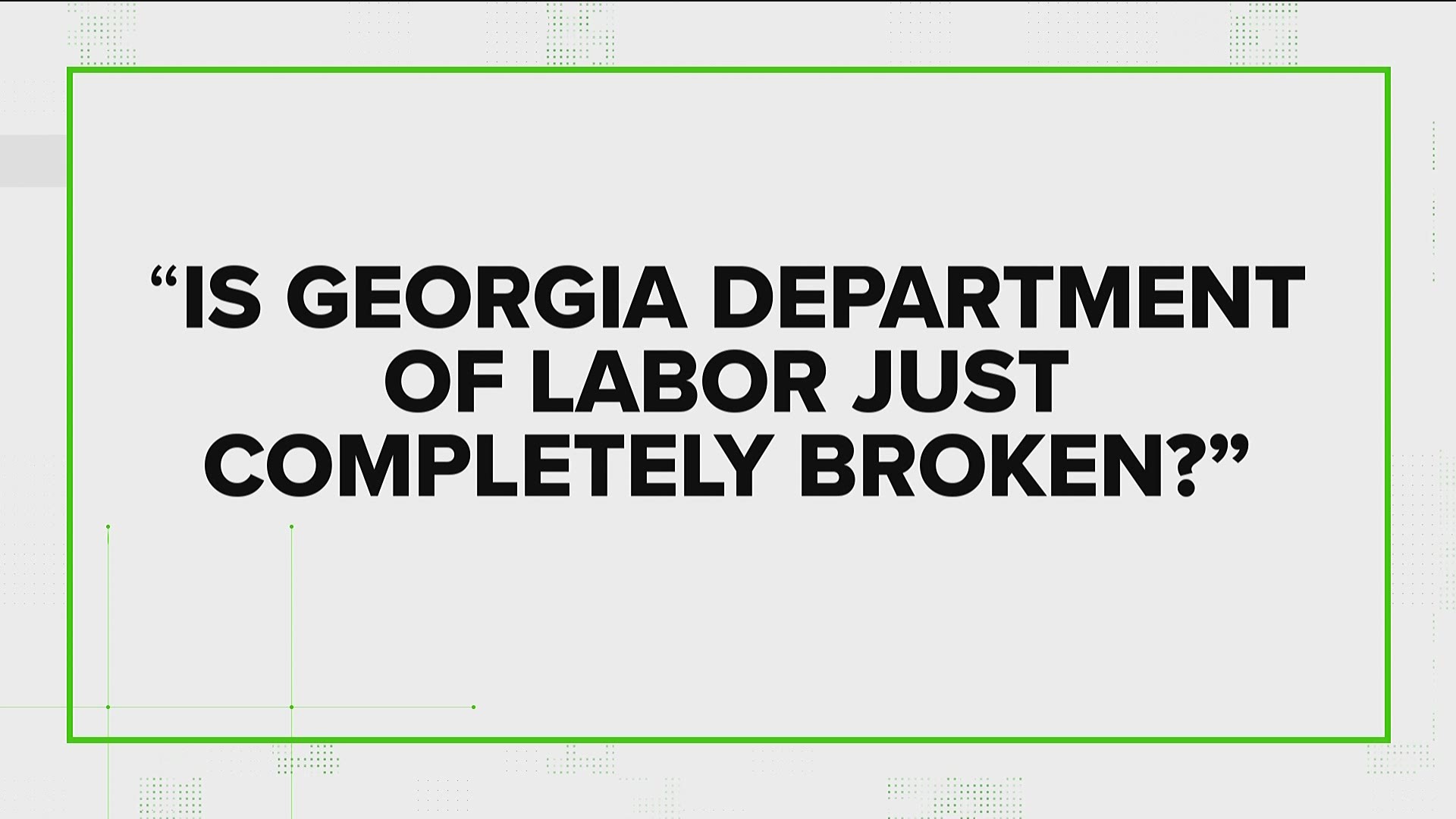 ATLANTA — Year over year, unemployment claims in Georgia are up over 254-percent. The most recent information from the Georgia Department of Labor shows nearly 125,000 out-of-work Georgians filed initial claims in December.

But that number doesn't include people whose claims remain stuck in limbo.

Many have reached out to 11Alive for answers on why there are delays and if the issues stem from outdated technology or possible identity theft.

Our 11Alive Verify team looked into it.

Are technology problems and possible identity theft concerns the reason why many are yet to receive unemployment benefits in Georgia?

Yes, we can verify these issues are part of the reason for the delays. The Department of Labor says these are not new problems though, they are just heightened because of the number of claims during the pandemic.

A spokesperson with the Georgia Department of Labor told us they have an outdated website that they are working to revamp. But they say big changes are still a few years away.

"We certainly have an older system. We'd love to have a newer system. Right now is not the time to implement that, when we're just trying to get people paid," Kersha Cartwright said.

The current site was built to support the pre-pandemic unemployment numbers, but not the surge of claims that have been coming in for the last year.

RELATED: Getting unemployment benefits still a struggle for some, 1 year after pandemic began

"You go from the Department of Labor probably processing several thousand claims a month potentially in a regular environment, to having several million. That's a lot," 11Alive Financial Expert. Andrew Poulos, explained.

To help with the current surge, the department is upgrading its website landing page in the next couple of months to make it easier for people to use.

When it comes to the question of identity theft concerns, we can verify that is slowing down the unemployment benefit process.

The department says they have always dealt with these kinds of scams, but they've become more prevalent during the pandemic. So much so, they have hired more employees who strictly handle those cases.

"We have successfully been able to catch many of those. Those we weren't able to catch, we're able to see that now with (IRS Form) 1099-G's that their employer didn't file on their behalf or they didn't file one at all," Cartwright explained.

"You also can't minimize the fact that we've had so many data breaches from Equifax over the last couple of years to other major corporations. All that data, once it gets breached and they have it, they have access to it anytime. So when we have situations like the pandemic, it becomes a lot easier for them to use the data to scam," Poulos said.

RELATED: Georgia Department of Labor warns how you could be victim of unemployment fraud

However, right now the Department of Labor says its biggest struggle is not the volume of unemployment claims anymore. Now, there's a backlog for determining who of those that applied is eligible for benefits.

Cartwright says the department has hired more than 50 employees to speed that process up.

So, we can verify each claim is true, but they aren't the only things causing delays with Georgia's unemployment process.

The advice Cartwright provided to those still stuck in limbo waiting for their claim to process, is to "be patient." As the backlog is dwindling, the department's goal is to speed up the response time.

The best time to call the department is 8:00 on Monday mornings when 1,500 new appointments are created. They say you should also check your My UI portal on their website, for any updates on your claim.

11Alive's Verify team is here to fact-check claims being shared in the community and online. Fill out the form below with something you'd like us to Verify.