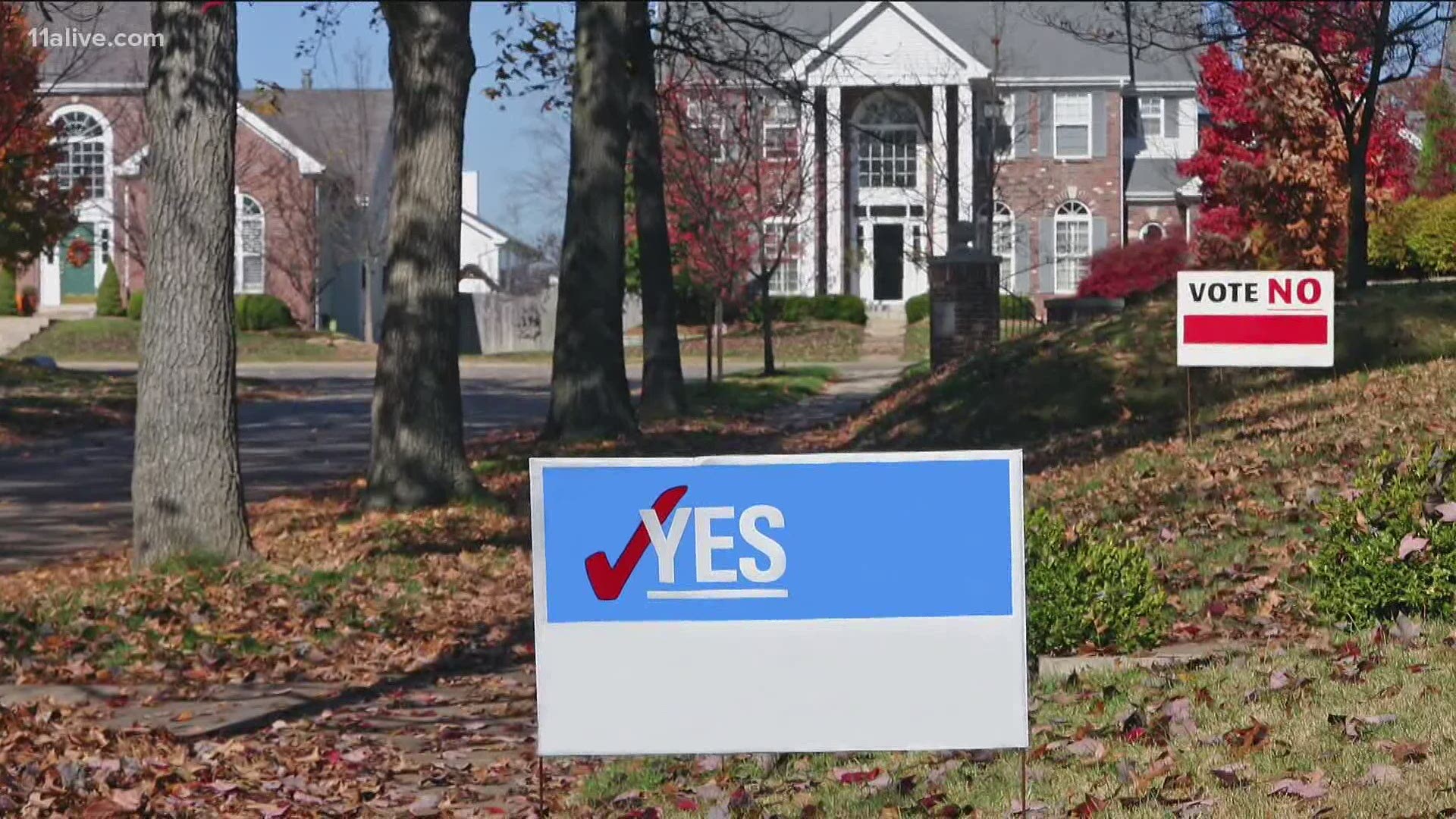 ATLANTA — With only days until Election Day, the pressure is on for candidates and their supporters to sway voters. Shows of support often come in the form of campaign signs in yards of neighborhoods. But can homeowners' associations in Georgia regulate or restrict signs, including political ones?

"The First Amendment exists to prevent government from restraining our speech or punishing us from what we say or do," Policinski said.

According to Policinski, the First Amendment only restrains government, for instance cities and towns.

Even then, municipalities still can regulate signs, without restricting content or speech.

"They are allowed under both state law and US Supreme Court to regulate size, height materials, duration," Nowack said. "Days before and days after."

But as both Nowack and Policinski explained, there's a difference when it comes to a private company like an HOA.

"When you assume you have First Amendment rights, you're absolutely right. You don't surrender them ever," Policinski said. "Except when you voluntarily do that and that's where homeowners' associations come in."

The difference is often spelled out in the regulations homeowners agree to when signing a community's covenant, which is legally considered a contract.

The Georgia Court of Appeals upheld such precedent in Bryan v. MBC Partners.

"In the Bryan case, the Georgia Court of Appeals could have not been any more clear," Nowack said. "To say if you move into a community where the contract, the legal governing documents put restrictions on expression, then you agreed to that."

Given such legal precedent and our sources' expertise, 11Alive verified homeowners' associations in Georgia can indeed restrict a homeowner's ability to display a sign, such as political ones, without violation the First Amendment.

According to Nowack, some HOA's ban signs with few exceptions, while other associations opt to follow local governments, regulating based on factors such as size or timing, allowing homeowners to still express their views.

As a result, it's important for homeowners to be familiar with state and local laws as well as their community covenant. Though Policinski said some states have already begun to shift their views on such standards.

"I would tell you in the last five years, there's states like New Jersey, Massachusetts and other states...beginning to say wait a minute, political speech is the most protected speech we have," Policinski said. "So I think over the next few years you may see a lot of states to remove those restrictions."