Corporal punishment is allowed in Georgia schools, but how often are such methods used? 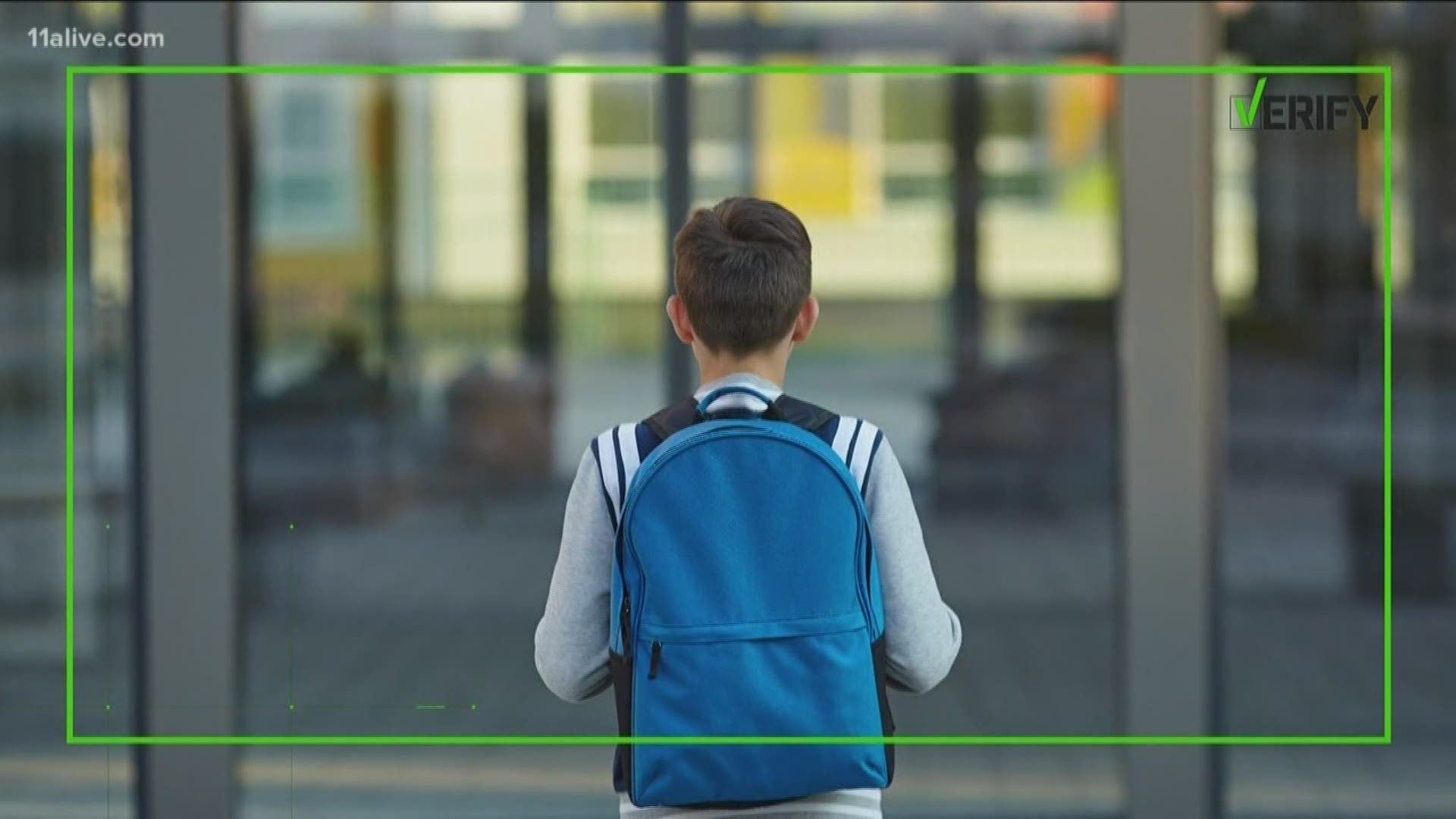 It was a surprise to some 11Alive viewers on social media: corporal punishment is a legal form of discipline in Georgia schools.

While some Kentucky lawmakers push to ban corporal punishment in that state, the 11Alive Verify team wanted to address how often such methods are actually used to discipline kids in the Peach State.

We went to the Georgia Department of Education for answers. Spokesperson Meghan Frick clarified corporal punishment is allowed only in certain circumstances, per state law, and parents can tell schools they don't want it used on their children:

"Corporal punishment is allowed with conditions in Georgia state statute, including a provision that parents can opt out. Districts are required to report instances of corporal punishment just as they report any discipline action.," Frick said.

Corporal punishment in schools continues despite expert advice, including the American Academy of Pediatrics and American Psychological Association opposing its use.

“Although short term impact might be a quick way to get a behavior to change,” counselor Samantha Speed said.

“We see longterm that there are negative effects that come into play. We see in the research that it can actually escalate violence and other responses that come out of that,” Speed, who works with Georgia Psychological Treatment Center, added.

The largest number of incidents statewide occurred outside the metro, in south Georgia, with 337 incidents.

“Clinch County administered corporal punishment on 144 students, for a total of 337 incidents during the 2018-2019 school year,” Clinch County Schools Superintendent Donna Ryan said in an email to 11Alive. "Our goal is to manage most behaviors at the classroom level. Strategies include building positive relationships with students, explicitly teaching students what is expected, reminding students of expectations throughout the year, and the reteaching of appropriate behaviors as needed. When staff members feel they have not been effective in managing students' actions or words at the classroom-level, a referral is made to administration. It is at this administrator-level that corporal punishment is introduced as an option.”

Ryan said parents are provided the opportunity to opt out of corporal punishment at any time of the year.

Heard County Superintendent Rodney Kay told 11Alive via phone that corporal punishment is an alternative punishment that parents sign off on and not a first line of discipline.

Superintendent Kay said corporal punishment can be used in lieu of school suspension. Carroll and Meriwether County school officials have not yet responded to 11Alive's inquiries.

For Speed, the numbers highlight the importance of education and awareness regarding how common corporal punishment continues to be in schools.

“We really need to be involved in having conversations with people about how we can come together and collaborate with the most effective ways to discipline children, rather than going back to some of these old school things that have been going on for thousands of years,” Speed said.

So is corporal punishment practiced in Georgia schools? 11Alive verified it is. But the majority of schools surrounding Atlanta reported zero incidents or don't allow such punishment at all.

*Note* In the above database, Bartow County has two incidents of corporal punishment per state reports, which the county is investigating as a clerical error. Bartow Co. spokesperson Alisha Evans shared the following statement:

“Corporal punishment is not a consequence of misconduct in the Bartow County School System as it does not align with our core beliefs or mission, vision, and collective commitments. Two clerical errors were made when reporting the data to the state last school year, resulting in misinformation. We have taken corrective action to prevent this from happening in the future.”

Verify: Can lip balm be addictive?