VERIFY: Is flashing your lights to warn others legal? 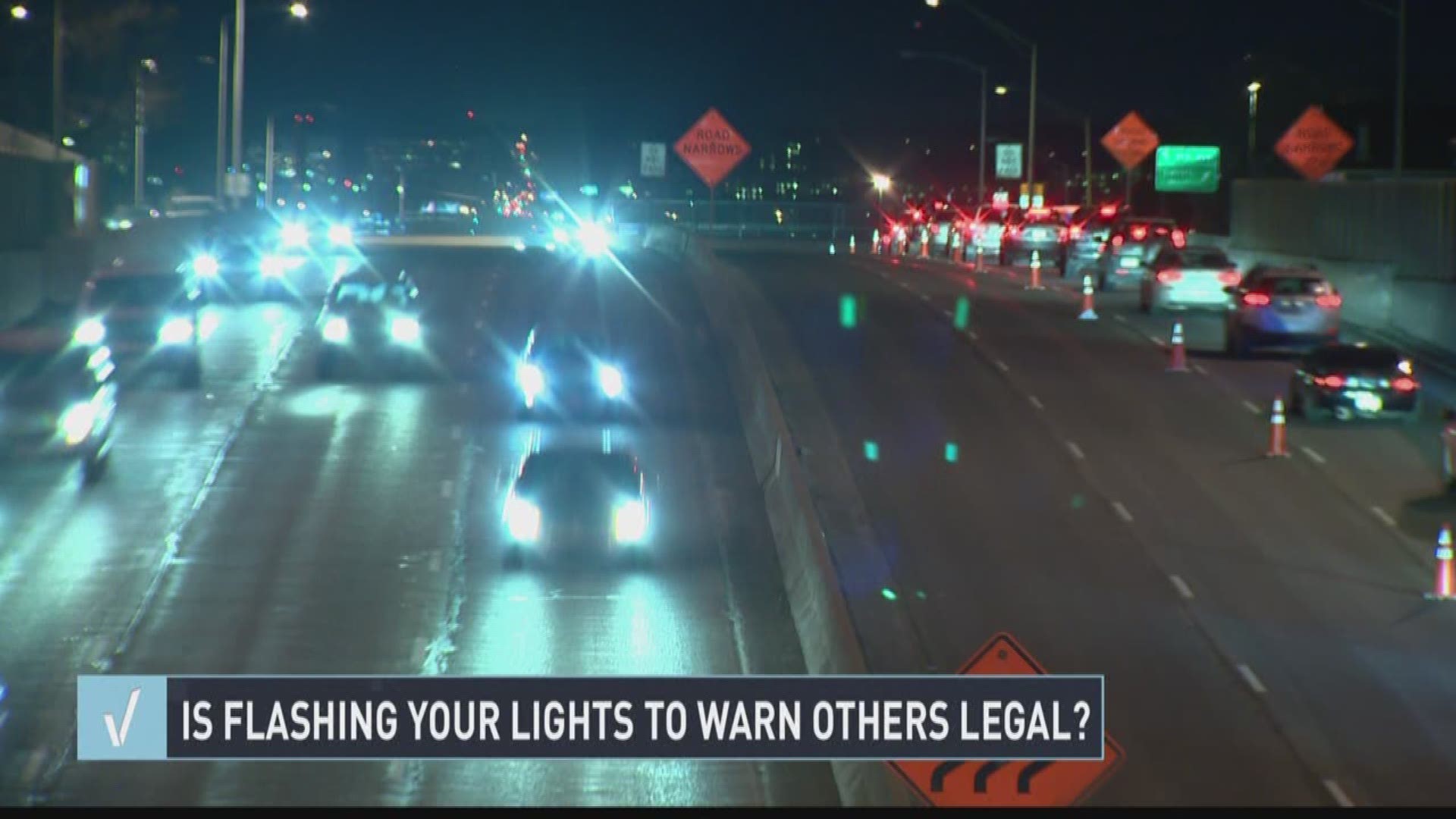 Over the holiday weekend millions are expected to drive somewhere, and to help control those drivers law enforcement will be out in full force.

A viewer from our sister station 13 WMAZ in Macon, Mike Brooks, reached out to us wanting to know if it was illegal to flash your lights to warn other drivers of officers. We set out to Verify if you're allowed to do that.

“That’s just what people do -- they try to look out for each other, I guess,” Captain Brad Wolfe said.

He oversees patrol operations for the Bibb County Sheriff’s office.

“There was a time when most drivers knew if an approaching driver flashed their high beams at you, that meant there was some sort of police activity ahead,” Wolfe said. “We know from experience that’s an old school tactic.”

He says now many people know where they are because of Facebook and driving apps like Waze. Those apps show drivers where police and road hazards have been spotted.

“Some people may take heed and go a different route, but it doesn't deter anyone. We're still able to do our job,” Wolfe said.

According to Georgia code, it doesn't specifically say you cannot do it, the law just says drivers must turn down their high beams within 500 feet of another driver.

“Just a momentary flash of the lights, I don’t think can constitute failure to dim, so it’s not against the law to flash your lights,” Wolfe said.

So we verified you can flash your headlights to warn your fellow roadies police are in the area.

Whenever a motor vehicle is being operated on a roadway or shoulder adjacent thereto during the times specified in Code Section 40-8-20, the driver shall use a distribution of light, or composite beam, directed high enough and of sufficient intensity to reveal persons and vehicles at a safe distance in advance of the vehicle, subject to the following requirements and limitations:

(1) Whenever a driver of a vehicle approaches an oncoming vehicle within 500 feet, such driver shall use a distribution of light, or composite beam, so aimed that the glaring rays are not projected into the eyes of the oncoming driver. The lowermost distribution of light, or composite beam, specified in paragraph (2) of Code Section 40-8-30 shall be deemed to avoid glare at all times, regardless of road contour and loading; and

(2) Whenever the driver of a vehicle follows another vehicle within 200 feet to the rear, except when engaged in the act of overtaking and passing, such driver shall use a distribution of light permissible under this chapter other than the uppermost distribution of light specified in paragraph (1) of Code Section 40-8-30.