Verify: Trackers have not been found on cars at Georgia universities

Social media posts from around the country claim trackers are being found on female college student's cars, connected to human trafficking. 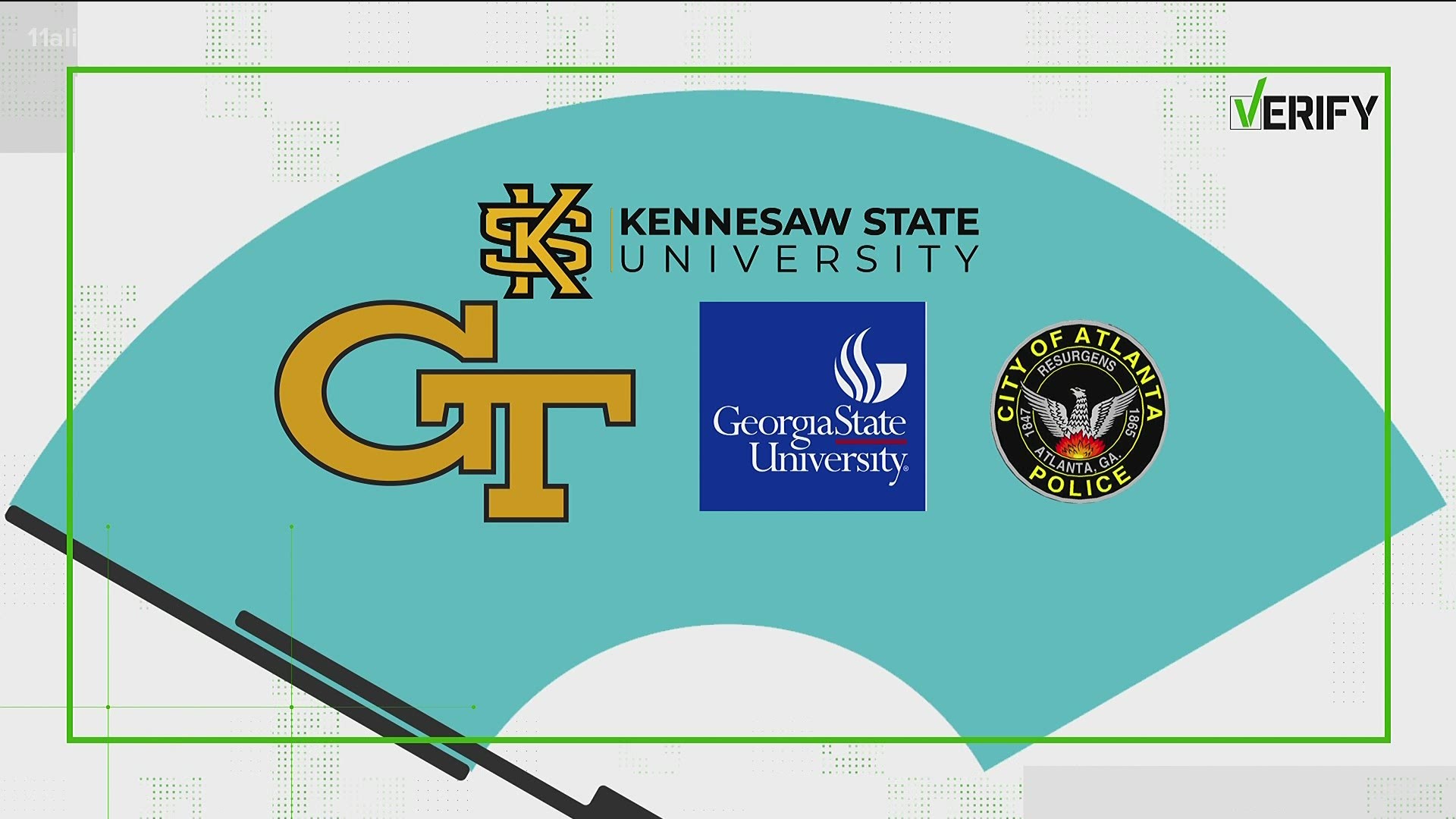 ATLANTA — For years, there have been claims online about human traffickers placing tracking devices on vehicles with the intention of snatching young women later.

Since the start of the 2020 school year, there have been even more claims, nationwide, about female college students finding trackers on their cars.

After a viewer reached out to us concerned about the claims, our 11Alive Verify team set out to find answers.

Are trackers being found on cars at Georgia college campuses?

No. According to the universities we spoke to and city police departments, no trackers have been found.

We checked with campus police and local authorities in eight metro Atlanta college towns. Georgia Tech, Georgia State, Kennesaw State, and Atlanta Police. All said they haven't received any reports of this.

University of Georgia, Athens-Clarke County Police, and Statesboro Police said they have had reports of possible trackers but haven't found any evidence of them.

The viewer who reached out to our team said she was told there was a "waitlist to get the trackers removed" by Athens-Clarke County Police.

The department said that they received multiple reports about white markings, dots, and letters being found on windshields of vehicles.

Police examined the vehicles but didn't find any electric parts that would be needed to track. They said there's no indication this is linked to any sort of human trafficking or criminal conspiracy.

Statesboro Police said the reports they received were for a marking on a car on Georgia Southern's Greek Row. After checking the vehicles, no trackers were found there either.

Both departments shared personal safety tips on what you should do if you are concerned. They both said being aware of your surroundings and traveling in groups are the best things to do in any situation.

Statesboro said you should ask for an escort if you encounter suspicious activity and walk with your head up. Both departments agree that they would rather someone call the police if they think something is suspicious.

"We would rather have you call and it be nothing, than you not call and it’s something," Athens-Clarke County Police Sergeant John Williams said.

So, we can verify that no trackers have been found on student cars in Georgia.