VERIFY | Are prosecutors in Georgia cherry picking the laws they enforce? 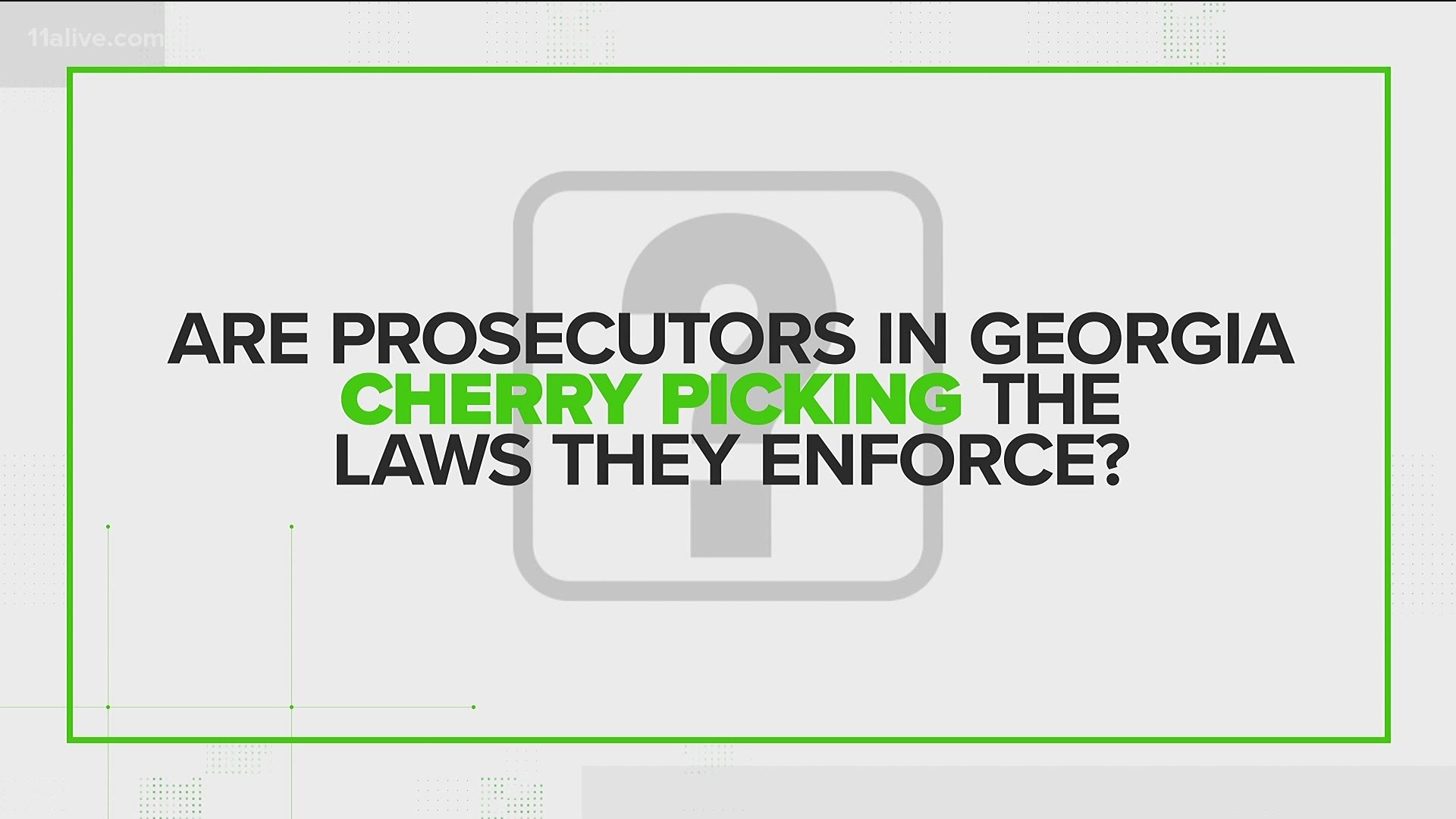 The district attorney in question is Deborah Gonzalez, the DA for Athens, Clarke and Oconee counties. On Monday, Attorney General Chris Carr suggested she may be violating her oath of office.

"Our citizens deserve nothing less than the strongest possible sentences for those violent criminals who are reeking havoc on our society. But unfortunately there are some who have decided to pick and choose which laws they want to enforce."

Carr made that comment Monday during a public safety meeting at the state capitol.

"In Athens in particular the DA has written a memo saying what particular misdemeanors she will or she won't enforce," he said. "There is a law on the books in this state that has to do with violation of the oath of office that could be considered, although difficult."

Are prosecutors in Georgia cherry picking the laws they enforce?

After contacting Deborah Gonzalez's office, her staff sent a memo, which directs her staff not to prosecute "simple" marijuana possession, possession of "user-quantities" of other drugs and possession of "drug-related objects."

So we can confirm, yes, in this case the DA is picking which laws affecting non-violent crime to enforce. However, there's more context to include here.

The memo is dated Jan. 1 when Gonzalez entered the DA's office and the memo is addressed to her office staff.

It also indicates she wants her office to only charge offenses they intend to prosecute instead of overcharging staff.

Gonzalez encourages police to issue civil citations for marijuana possession instead of making an arrest.

The approach is similar to the decriminalization of weed in Atlanta, Savannah, Forest Park and a handful of other Georgia cities and counties.

In a statement, Gonzalez told 11Alive she was elected to do two things.

"...prioritize serious, violent crime instead of misusing resources on minor, victimless offenses. Second, use proven approaches to reform a system that has failed to make our communities safer."

Our Verify team is here to fact-check claims being shared in the community and online. Fill out the form below with something you'd like us to Verify.