Warnock's campaign confirmed the video is from an old sermon but said the statement is taken out of context. 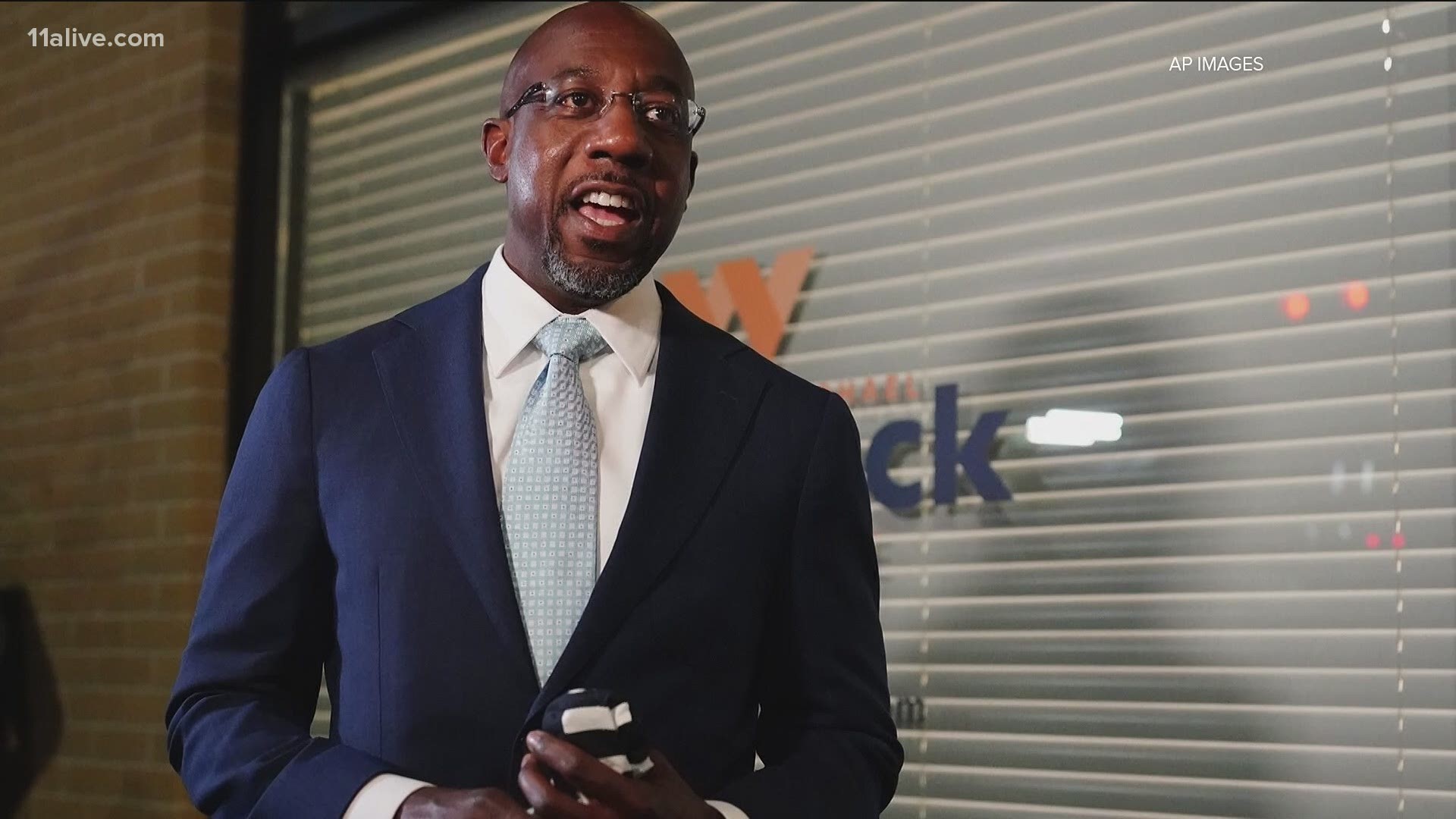 ATLANTA — Candidates in the Georgia Senate runoff races are getting national attention. As that attention grows, more claims are being spread about each candidate in ads and online.

11Alive's Verify team is focused on separating fact from fiction, which means taking a closer look at all the claims against each, to find the truth for Georgia voters.

With more than 2.4 million views, a video of Reverend Raphael Warnock saying 'Nobody can serve God and the military' has turned into a rallying cry for some Republicans online who accuse the Democratic candidate of being anti-military.

Meanwhile, other Republicans including Sen. Tom Cotton called for Warnock to drop out of the race.

RELATED: $1 billion worth of political advertising for Senate runoffs may face Georgians

This is an insult to everyone who served.

Is the viral video of Reverend Warnock legitimate? Did he say "nobody can serve God and the military"?

Yes, the video is legitimate and he did say that. Although, Warnock's campaign says his words are being taken out of context.

To verify the validity of the video, 11Alive watched the entire original speech referenced and questioned Warnock's campaign about it.

The campaign confirmed the source of the video is from one of Warnock's old sermons called "When truth meets Power." According to the campaign, Warnock is referencing a Bible passage from Matthew 6:24 about serving two masters. He addressed Republicans' criticisms at a recent press conference.

"The gospel lesson says that you cannot serve God and mammon," Warnock told reporters. "That a person can not have two masters. It is a spiritual lesson that is basic and foundational for people of faith. What I was expressing was the fact that as a person of faith, my ultimate allegiance is to God, and therefore, whatever else that I may commit myself to, it has to be built on a spiritual foundation. So, it's about priorities and about how one orders your priorities so that you can live a moral life."

So is the viral video indeed legitimate? 11Alive verified yes. But Warnock's campaign says the statement is taken out of context, adding Warnock's father was both a pastor and a veteran.

Warnock, in turn, called out Loeffler for such criticisms.

"By the way, the text says you can't serve God and mammon, which is a biblical word for money," Warnock said. "I think Kelly Loeffler would do well to listen to the scripture because, had she paid attention to the spiritual lesson, maybe she wouldn't have put her own financial interests, mammon, above the interest of the people she was sent to the Senate to represent."