VERIFY: Yes, a Trump Facebook ad does include a picture from the 2014 Ukraine Revolution

The picture shows Ukrainian protesters attacking an officer during Ukraine's Euromaidan protests in 2014. 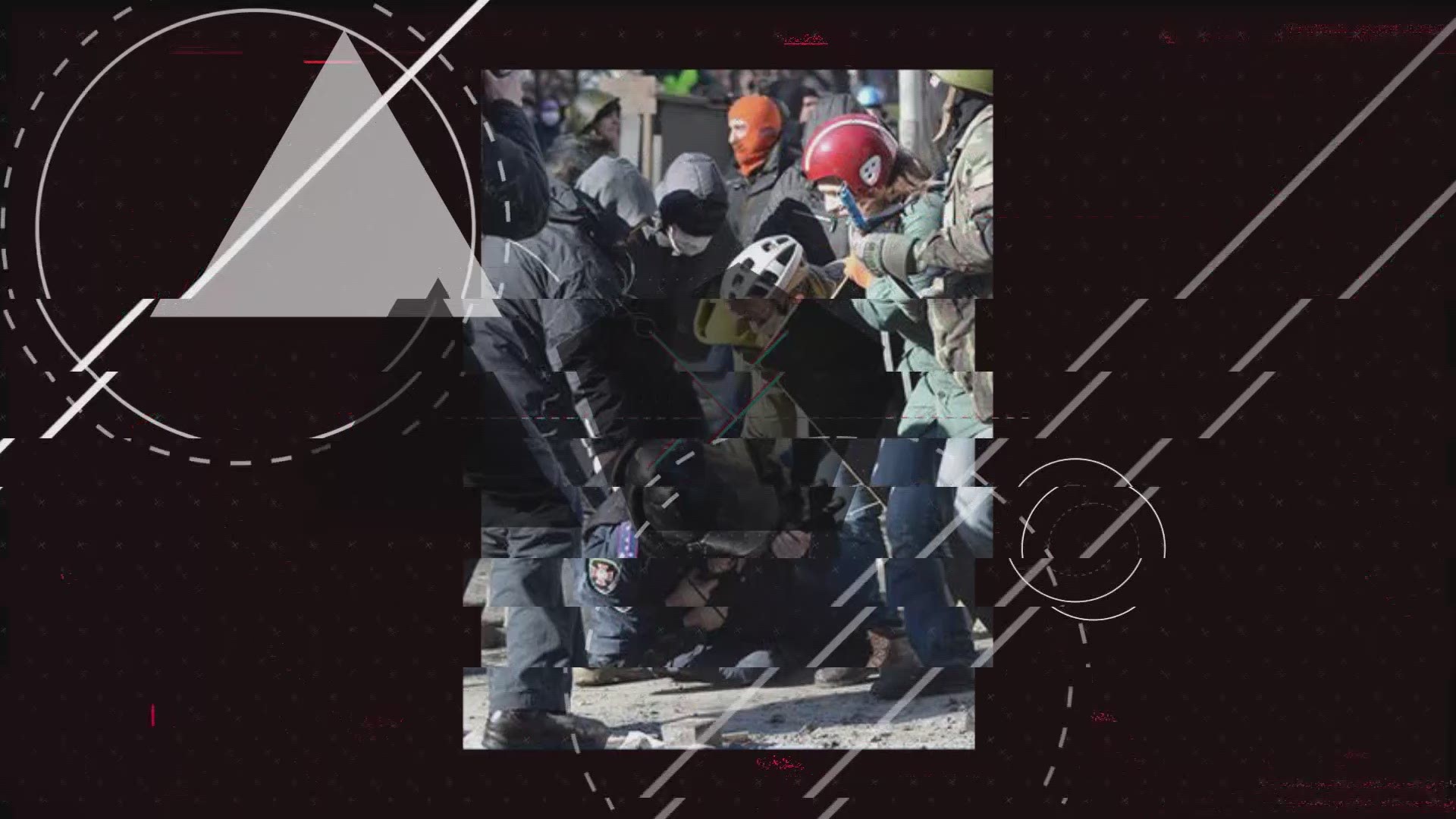 Various media outlets have reported that a picture of protestors attacking a police officer in a Donald Trump Facebook ad was actually an image of 2014 pro-democracy demonstrations in Ukraine. The VERIFY team researched the advertisement and photo to find out if this is really the case.

Does a photo in a Trump Facebook ad come from Ukraine?

Yes. The photo was taken in the 2014 Ukrainian Revolution related to their ties with the European Union.

The ad is now inactive.

First of all, the advertisement is real and can be found in Facebook’s Ad Library. The left side of the ad, which includes an image of the president, is depicted as public safety. The right side of the ad, which appears to show protesters attacking an officer of some kind, is depicted as chaos and violence. Although the advertisement started running on July 21, the Facebook Ad Library now says it’s inactive.

An image search of the photo reveals it’s credited to Mstyslav Chernov and can be found on the Wikimedia Commons. The photo’s title is “A police officer attacked by protesters during clashes in Ukraine, Kyiv.” It’s dated to February 18, 2014, when the Ukrainian Revolution was ongoing.

If you zoom in on the uniformed person’s patch on high resolution versions of the photo, you can further confirm the image is from Ukraine. His patch says "Війська" which is a Ukrainian word that translates to "forces" or "military."

RELATED: VERIFY: No, the flu shot won't give you a positive COVID-19 test result

Image searches of the patch connect it to the Internal Troops of Ukraine. They were merged into the National Guard of Ukraine the month after this photo was taken.