VERIFY: When is it legal for police to conduct a roadblock?

Last weekend, Centerville Police arrested over a dozen people and issued more than 40 citations resulting from a police roadblock performed in conjunction with a number of law enforcement agencies. 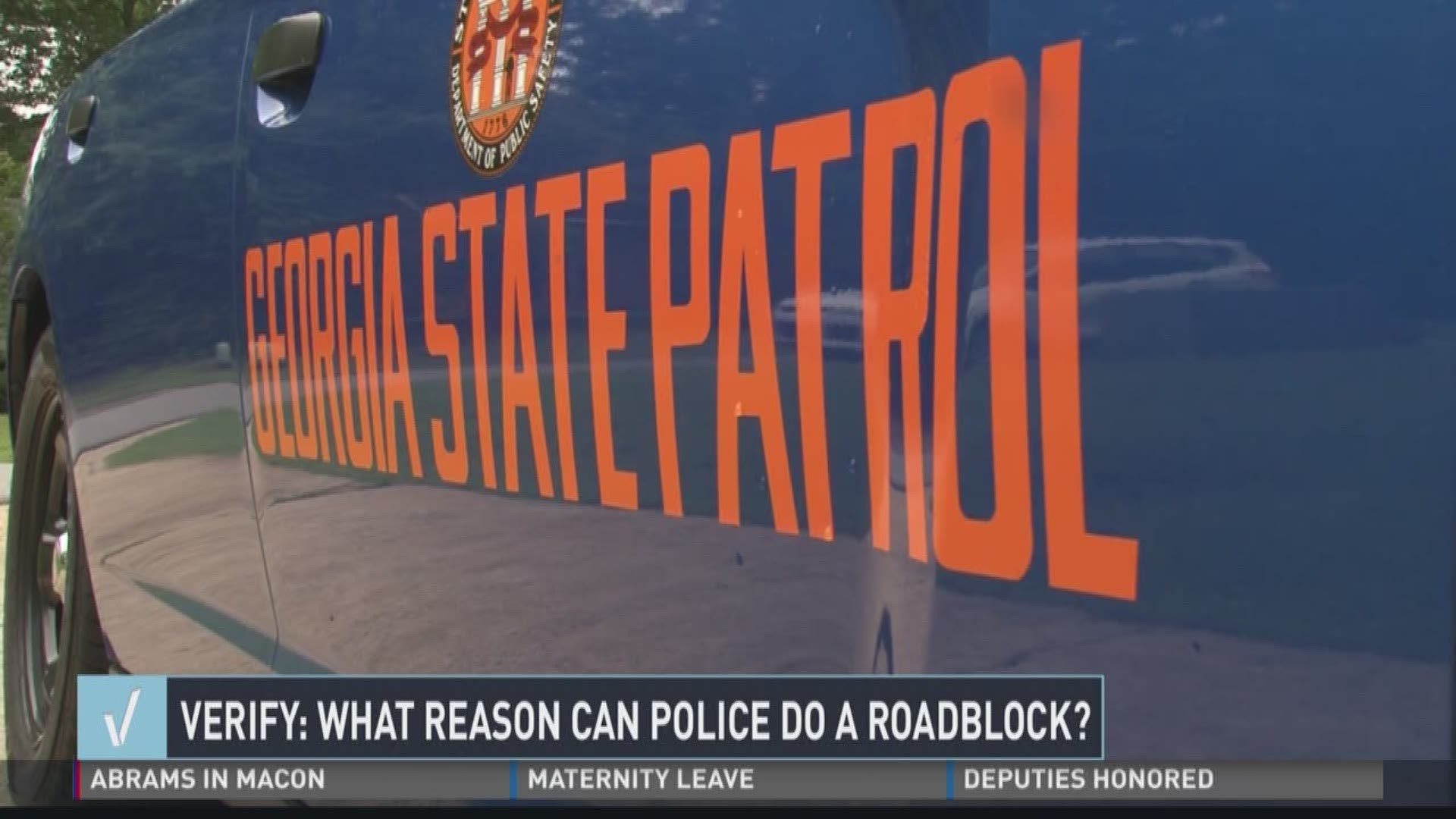 Last weekend, Centerville Police arrested over a dozen people and issued more than 40 citations resulting from a police roadblock performed in conjunction with a number of law enforcement agencies.

Viewers from our Macon sister station, WMAZ wondered if roadblocks of that type were legal.

"Unconstitutional searches. I guess everyone here is ok with being stopped detained and questioned without reason in the hopes they can find a reason. It's ok to give up my freedom to travel unmolested just to help the police under the assumption that they might catch some criminals. Those of you who give up liberty for security deserve neither."

We wanted to Verify, is it legal for police to conduct a roadblock?

Before setting up road checks, Michael Burns with the Georgia State Patrol says a few things that need to happen.

"We have to do a road check approval form that shows exactly what we're looking for. We can't just cast a wide net to try and catch anything we can. It has to be specifically for impaired drivers, to make sure that the vehicle is safe to be on the roadway, to make sure people have driver licenses," said Burns.

He says at least two patrolmen need to be on the scene during the day, and four officers at night, and they must stop each car.

"They are very effective if the right location is chosen," said Burns.

The U.S. Supreme Court has ruled in the past that law enforcement can use roadblocks for specific purposes, like DUI enforcement, but not to stop random people without cause.

If the police don't have a specific purpose, the traffic stop could violate Fourth Amendment rights against search and seizure.

"There's several criteria we have to go. First of all, the road check has to be approved by a supervisor. It has to be done in an area that provides visibility for motorists in both directions," said Freeman.

The checkpoint has to be in an area without a lot of traffic and officers search for several things.

"When you do a sobriety checkpoint, you are checking for things like seatbelt usage, equipment violations. Obviously, people that do not have a driver's license, and license (that) has been suspended or revoked," said Freeman.

According to Centerville Captain Billy Boney, Monday's stop was for safety reasons.