A Georgia election official indicated they stopped because they had completed counting what they had available. 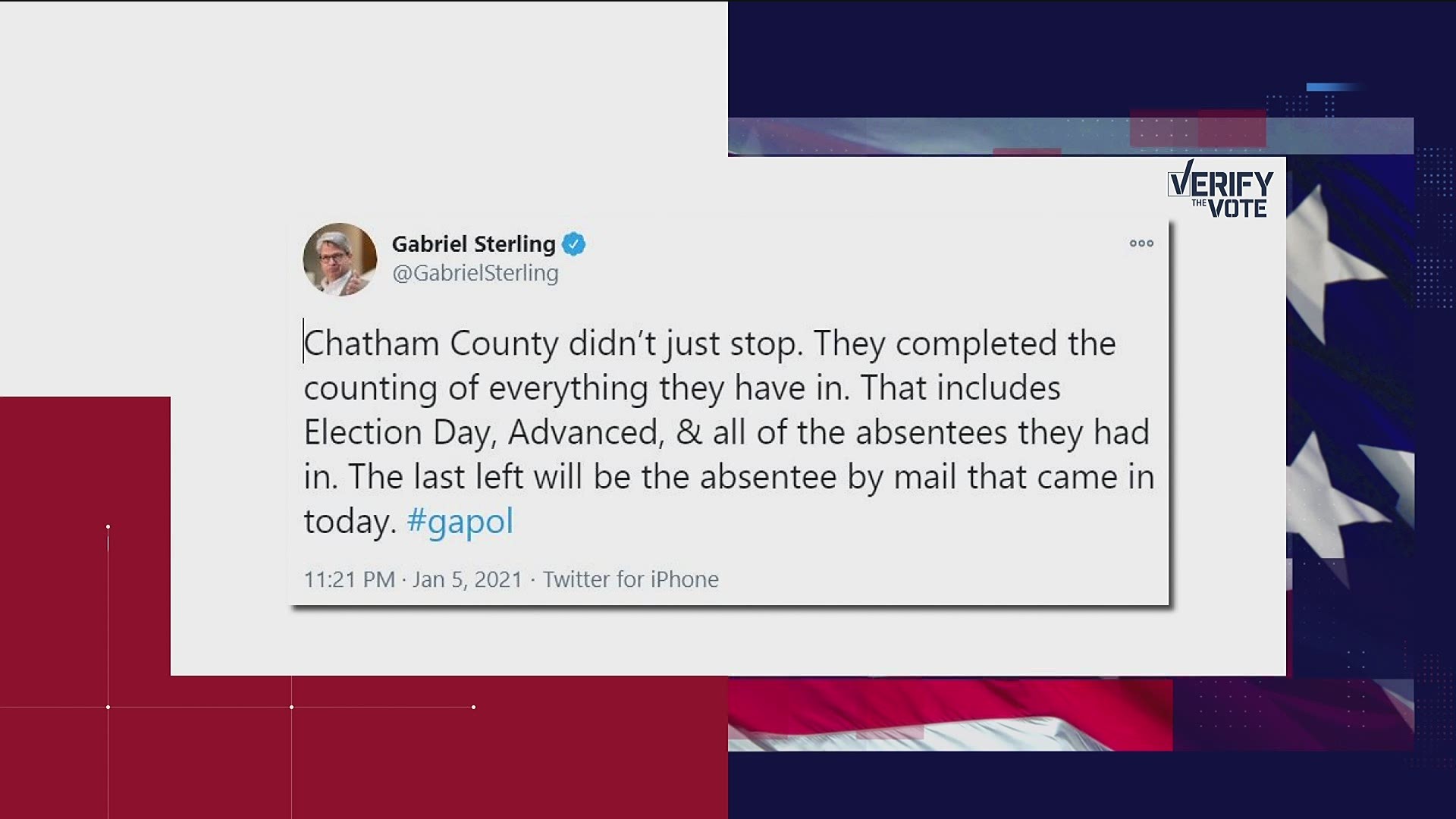 CHATHAM COUNTY, Ga. — When counting for the Georgia Senate runoff voting came to an end in Chatham County last night, a number of people who believe Georgia's election apparatus is corrupted seized on it.

But there was really nothing out of the ordinary going on, as a state election official explained, and the county isn't even much of an outlier in terms of remaining ballots.

The idea that the county - which encompasses the Savannah area - stopping was somehow underhanded was amplified by the president's press secretary, Kayleigh McEnany.

She retweeted her sister, Ryann McEnany, who wrote: "Why would you PAUSE the vote count and go to bed?!  We’ve seen this before. Here we go again....."

They paused, Gabriel Sterling in the Georgia Secretary of State's Office said, because they simply had nothing at the moment left to count.

"Chatham County didn’t just stop. They completed the counting of everything they have in," Sterling wrote in a tweet.

He told 11Alive's Jon Shirek the only issue was with the somewhat quirky elections authority structure in Chatham County.

"In Chatham County they have two different boards - there's the registration board that deals with accepting the absentee ballots coming in, and then there's a voting board that goes through and does the counting," he said.

"There was a lag of about three hours. They basically said 'We're not going to make our staff sit around for three hours and wait for you, we'll come back and do it in the morning,'" he said, referring to the elections board that had finished counting.

So, he explained, "there's nothing suspicious about it, this is the way it's done because they have a split board. I think they're the only county in the state that has that."

And the county was not an outlier by any stretch, in terms of those that still had ballots to count.

How it could be construed as somehow nefarious, Sterling chalked up to allies of the president who "have continued to show a general ignorance and misunderstanding in how the systems work."