VIDEO: Chick-fil-A employee leaps out of drive-thru window to save choking child

The incredible moment was caught on video inside the Flowery Branch, Georgia restaurant. 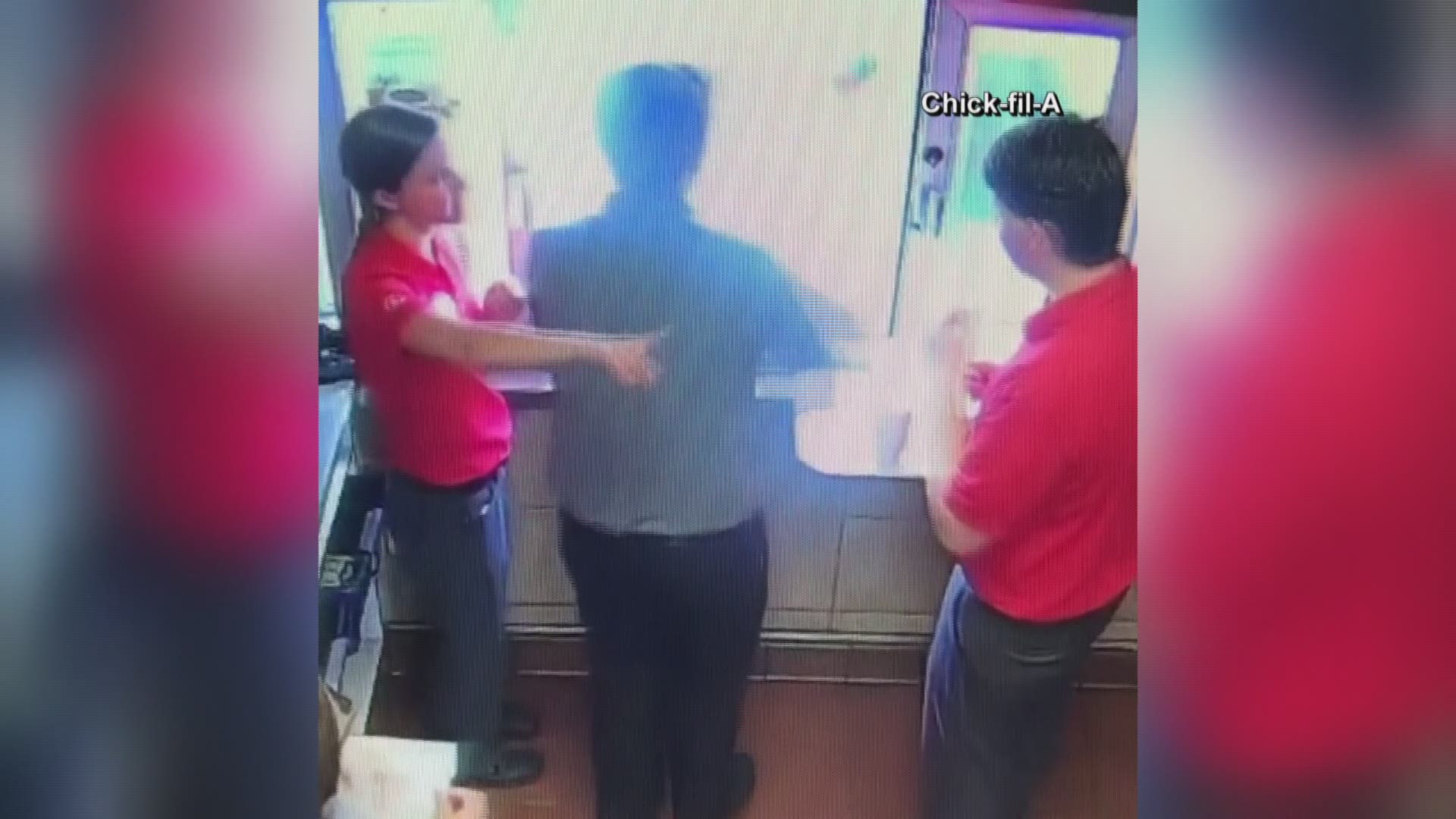 FLOWERY BRANCH, Ga. — A Chick-fil-A employee is credited with saving a child's life after he leaped out of the drive-thru window to come to the rescue.

The moment was caught on video inside the Flowery Branch, Georgia restaurant.

According to NBC, Logan Simons noticed a woman in the drive-thru line begging for someone to help.

Her 6-year-old son was reportedly in the backseat of the car choking - so the teen jumped into action.

NBC reports the employee managed to pull out a pocketknife in order to cut the seat belt that had become tangled around the boy's neck.

The 6-year-old is reportedly doing OK.