Police said the first shots were fired March 17. The suspect allegedly returned the next day doing the same thing. 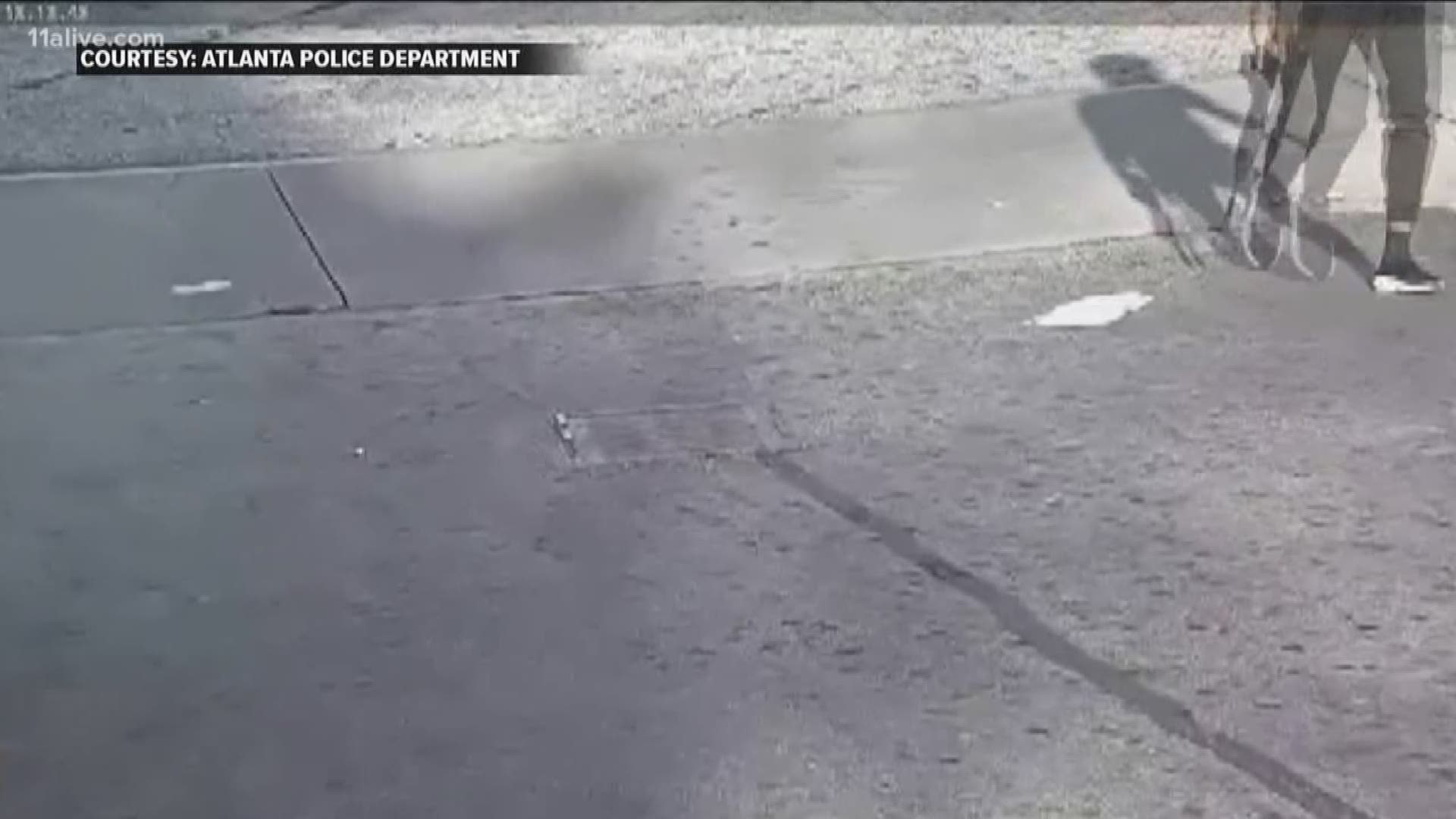 ATLANTA — Atlanta Police need help to identify and find a man who fired multiple shots with a rifle in broad daylight at an apartment complex.

According to a March 17 incident report, police went to the apartment complex on Fulton Street after a resident called and said she was in her room watching TV when a bullet came through her window. She heard several shots ring out in the parking lot, as well. Another resident told police he had a bullet fly his bedroom window, and police found two vehicles on the property damaged by bullets.

In video released by police, a man is seen jumping out of the passenger side of a black four-door Jeep Wrangler with a rifle in his hand. He runs through the parking lot, stops, and then fires several rounds. You then see him running back towards the Jeep and it drives off.

Police said the suspect was wearing black pants, black and white shoes, a black tee shirt, and a black skull cap. The incident report said investigators found shell casings from what appeared to be 223 rifle ammo.

But this isn't the only time that happened.

Police said the suspect returned to the complex the next day at 8:25 a.m. and shot at the apartments again - damaging multiple units.

Fortunately, no one was hurt in either incident.

Anyone with information on the suspect in the video is asked to call Crime Stoppers. Information on the case can be submitted anonymously to the tip line at 404-577-TIPS (8477) or online. You do not have to give their name or any identifying information to be eligible for the reward of up to $2,000 for the arrest and indictment of the suspects.