VERIFY: Can you still carry concealed firearms in Georgia Walmarts? 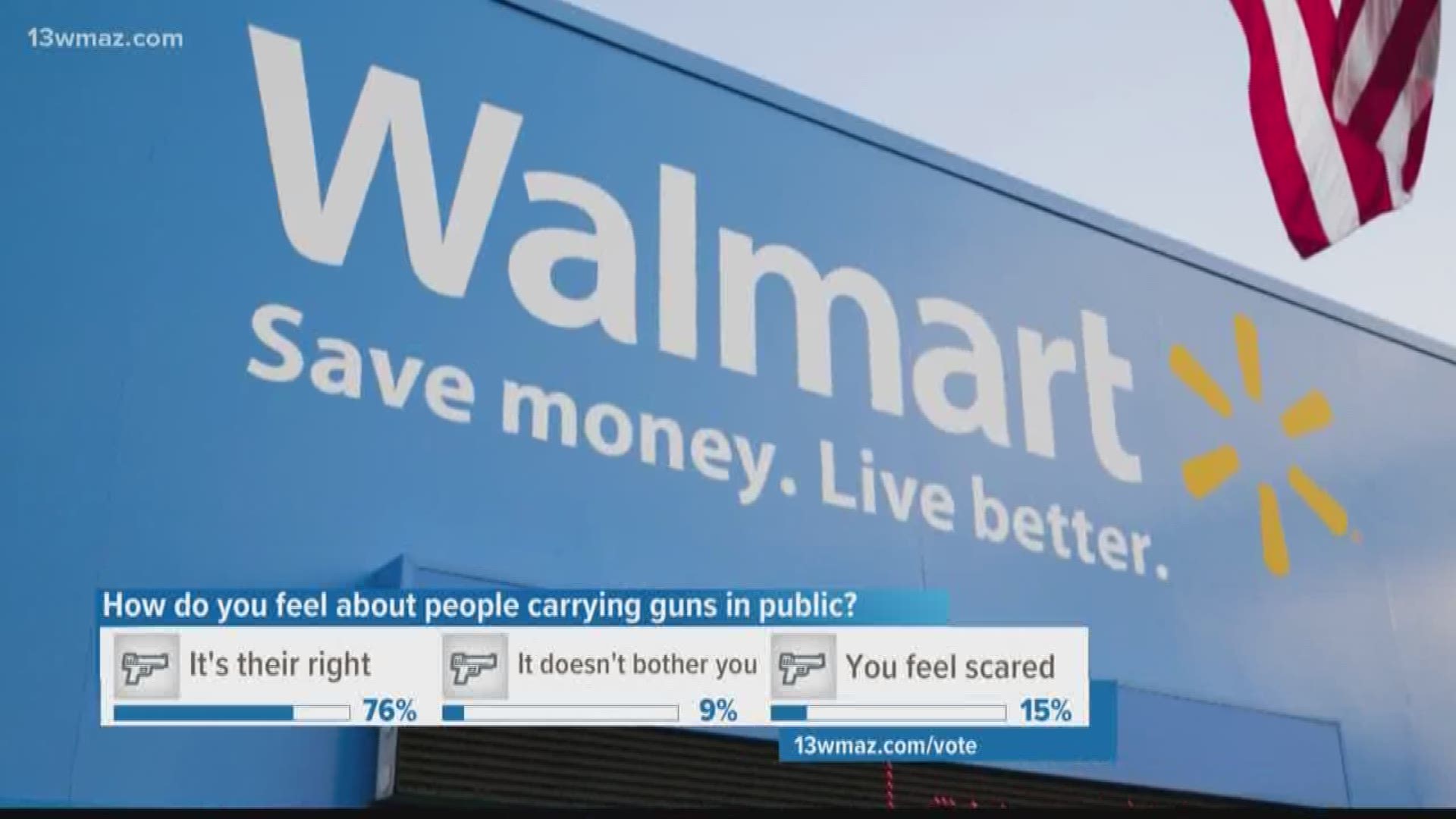 WARNER ROBINS, Ga. — On August 3, a lone gunman walked into a Texas Walmart and opened fire. 22 people were killed and dozens more were hurt.

Weeks later, Walmart CEO Doug McMillon said in a statement that his company was working to make it less likely something like that happens again.

"The status quo is unacceptable," he wrote.

As part of that announcement to company employees and the public, Walmart rolled out new gun policies.

It will also stop selling handguns in Alaska, the only state in which Walmart still sells handguns according to the company, but it was another policy that seems to be getting the most attention.

"We are respectfully requesting that customers no longer openly carry firearms into our stores or Sam's Clubs in states where "open carry" is permitted - unless they are authorized law enforcement officers," wrote the CEO.

One viewer asked us how that applies to concealed gun carriers. Will they still be able to carry concealed firearms in Georgia Walmarts?

In Georgia, that answer is yes -- as long as they're properly licensed.

That Walmart news release said the company is not changing its longstanding policy toward concealed carry in its stores. That policy, they say, focuses on complying with state and local legislation.

"You can carry in a concealed manner in businesses in Georgia, including Walmart," said Oedel.

In a conversation with CBS, a Walmart spokesperson said their request for customers to stop openly carrying in their stores would be enforced on a case by case basis.

A store manager might ask an openly carrying customer to leave the gun outside the store the next time they come to the store, or the reaction could be stronger, depending on the situation, the spokesperson said.

And Walmart isn't alone. A growing list of retailers are asking customers to leave their firearms behind when shopping. That list includes CVS, Walgreens and Kroger.

Kroger's previous policy had been to follow state and local open-carry laws, while asking customers to "be respectful of others while shopping."

In a statement last week, the company asked customers to avoid toting guns in their store.

According to USA Today, a lawsuit filed in a Louisville court says 10 shooting victims have died in Kroger supermarkets since 1991.

Fred's to close all stores in 60 days, files for Chapter 11

'Something just compelled me to help:' Dublin 14-year-old raising money for grandma in need of new car