Since becoming foster parents in 2012, the Dallas, Georgia couple has welcomed five siblings who would make their family of three a family of eight. 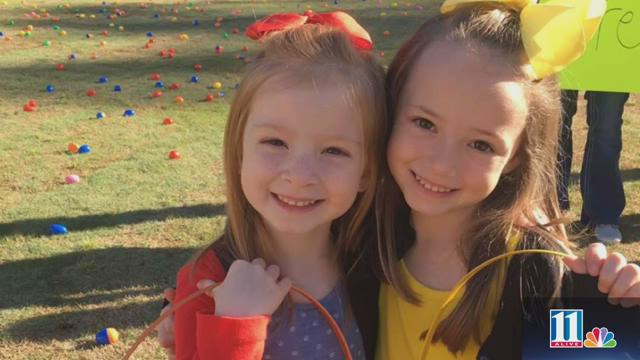 DALLAS, Ga. - Nicole and Bruce Barlow didn’t get into the foster care with the idea they’d adopt down the road.

Since becoming foster parents in 2012, the Dallas, Ga.couple has welcomed five siblings who would make their family of three a family of eight.

“We had done foster care with other kids who had gone home to their birth parents,” Nicole said. “We have great relationships with those kids and birth parents.”

In October of 2016, the Barlows met the five siblings, four girls and a boy. At the time, their parents’ rights were terminated and the five children were staying with a temporary foster family.

The Barlows had babysat one of the children before they were called about taking the children into their home. Since they weren’t fostering any children at the time, the Barlows became the kids’ new adoptive placement.

“We talked about it and felt like it was what God was calling us to do,” Nicole said.

That’s when the Barlows took the next step.

“We knew we were in a unique situation to where we had the capabilities to take in five kids whereas most people will not,” Nicole said. “We understand the bond between biological siblings and we really wanted to preserve that for them because we did have the space and capabilities to take all of them.”

Nicole said Aidan not only loves being a big brother but has also been a great asset during the adoption process.

As for the future of the Barlow family of eight, Nicole said it is all about the healing process for the children. The Barlows have begun connecting with the children’s birth family and establishing that relationship.

“It’s really going to be about pouring into [the kids] lives and for our family,” Nicole said. “We really want to encourage other families to get involved and to take this leap of faith.”

The Georgia Conference on Children and Families, a collaboration between the state Division of Family and Children Services and Together Georgia, honored the Barlows at a conference in October, according to a news release from FaithBridge Foster Care.