The snake was more than 17-feet-long, weighed 140 pounds and had 73 developing eggs in her. 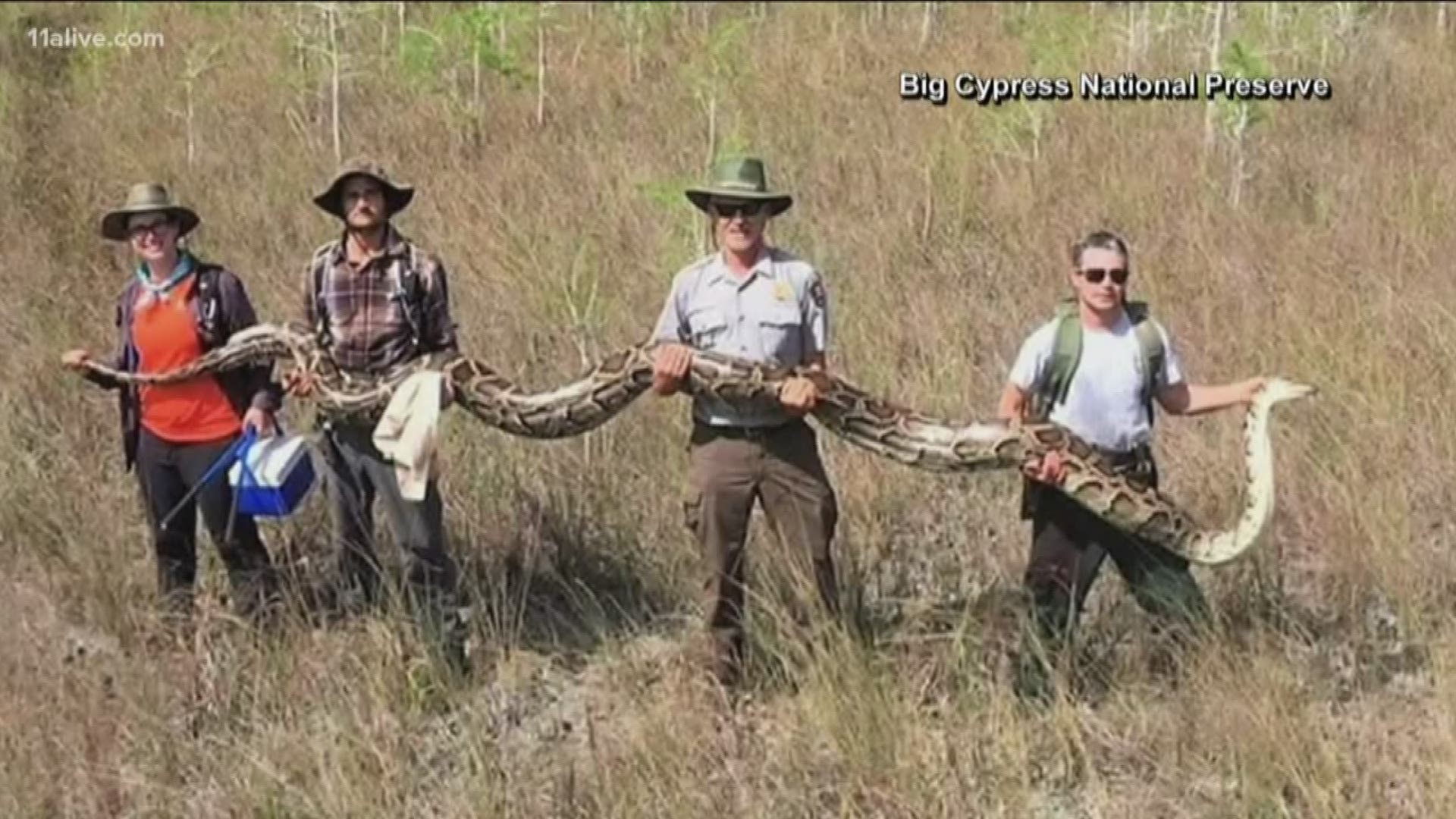 Researchers at Big Cypress National Preserve found what they are saying is the biggest python they’ve seen there.

The snake was more than 17-feet-long, weighed 140 pounds and had 73 developing eggs in her.

Researchers said they were able to find and catch the massive reptile using a new approach to find pythons.

The team said it not only removes the invasive species but also collects data, comes up with new removal tools and learns about how the snakes are using the preserve.

Researchers said the work they do at Big Cypress is focused on getting control of the pythons, which are an invasive species that threaten native wildlife.