Bodycam video shows that this creature had no intention of parting with his late morning snack. 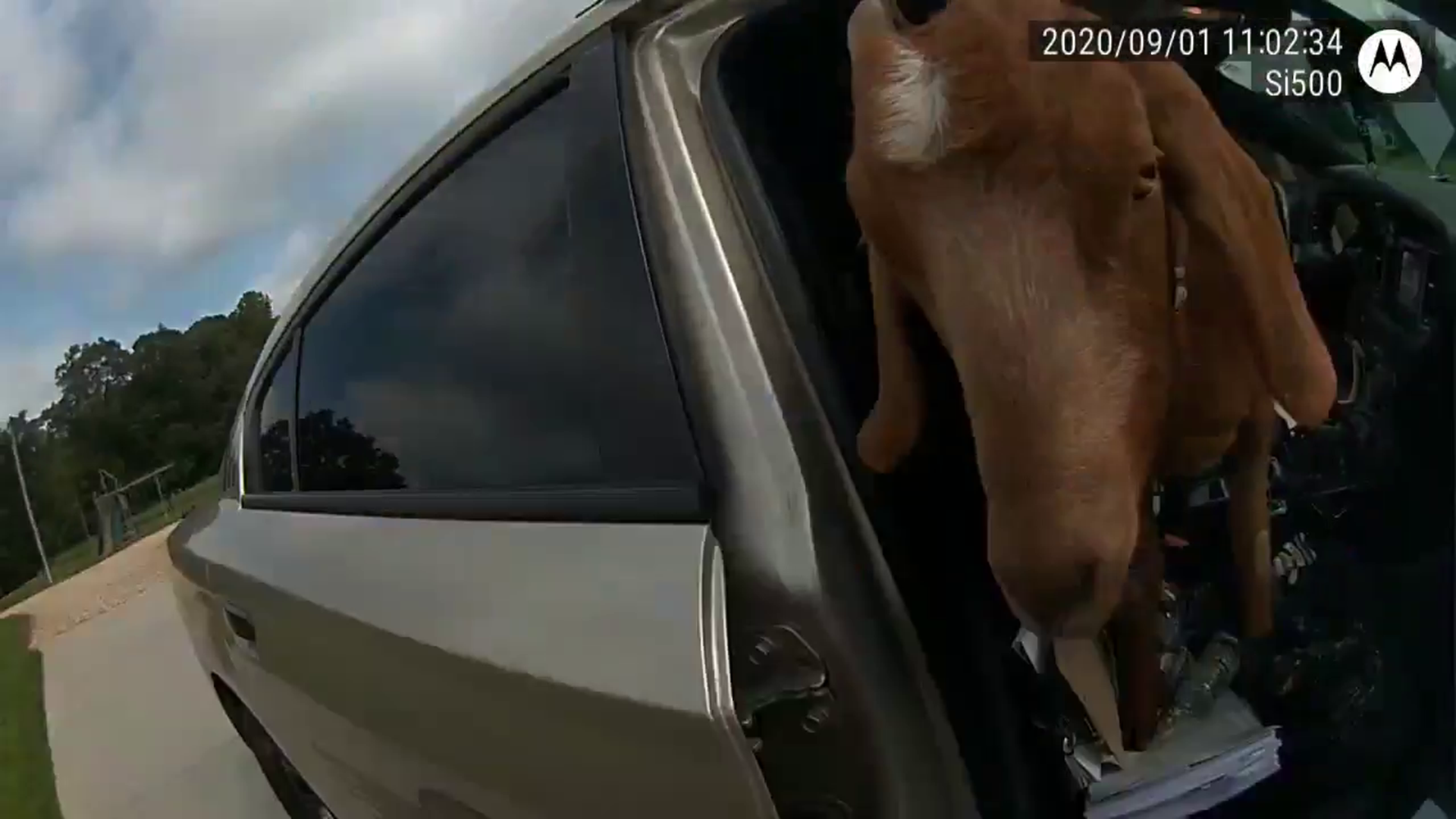 DOUGLAS COUNTY, Ga. — Deputies out serving legal paperwork in Georgia have to be on the alert for just about anything. But it's hard to imagine that goats would make that list - or that the deputy would end up serving a meal, too.

On Tuesday, one such animal took an unplanned tour of a Douglas County deputy's car and there's body camera video to prove it.

The sheriff's office released the video on Friday with a bit of explanation and a warning of "mild cursing" as to be expected when a hooved eating machine starts grazing on paperwork in your vehicle.

"The deputy went to a residence to serve some civil papers," the sheriff's office wrote. "The deputy explained that, due to the number of houses she visits daily, she routinely leaves her vehicle's door open because she has had to retreat on a number of occasions from vicious dogs."

The video shows her walking back from the house to her car before seeing the figure of an animal through the tinted windows.

"Oh, sh**, he's eating the paper," the deputy said laughing as she opened the door.

There she stood face-to-face with a goat who had climbed in the driver's side and decided to have a late morning snack.  And if matters weren't complicated enough, this little guy didn't seem keen on leaving.

The deputy tries to run the goat off, but he doesn't leave. So, she walks around to the other side and tries again, nudging him multiple times.

This only drives him further into the vehicle, with sheets of paper still hanging out of his mouth. It took several more tries - and taking the paper meal from his mouth before the goat begrudgingly drudged out of the passenger side, nearly knocking over some ice water in the cupholder on the way out.

That's not to say the goat didn't decide to make a to-go meal of some other papers on his way out, as they became strewn in the front yard.

She manages to snag the last bit of paper from the goat's mouth only to get head-butted and knocked over for doing so.

"Even though she was knocked to the ground, she was not physically harmed in the incident," the sheriff's office post read.

To top it all off, two dogs did end up running over barking - though fortunately not aggressively. No, the only aggressive animal, in this case, was a hungry goat.

" At the end of the day we all got a little laugh out of it and we hope you do as well," the sheriff's office's post concluded.