The man recorded nearly 10 minutes of what he described as an encounter with three Bigfoots in the foothills. 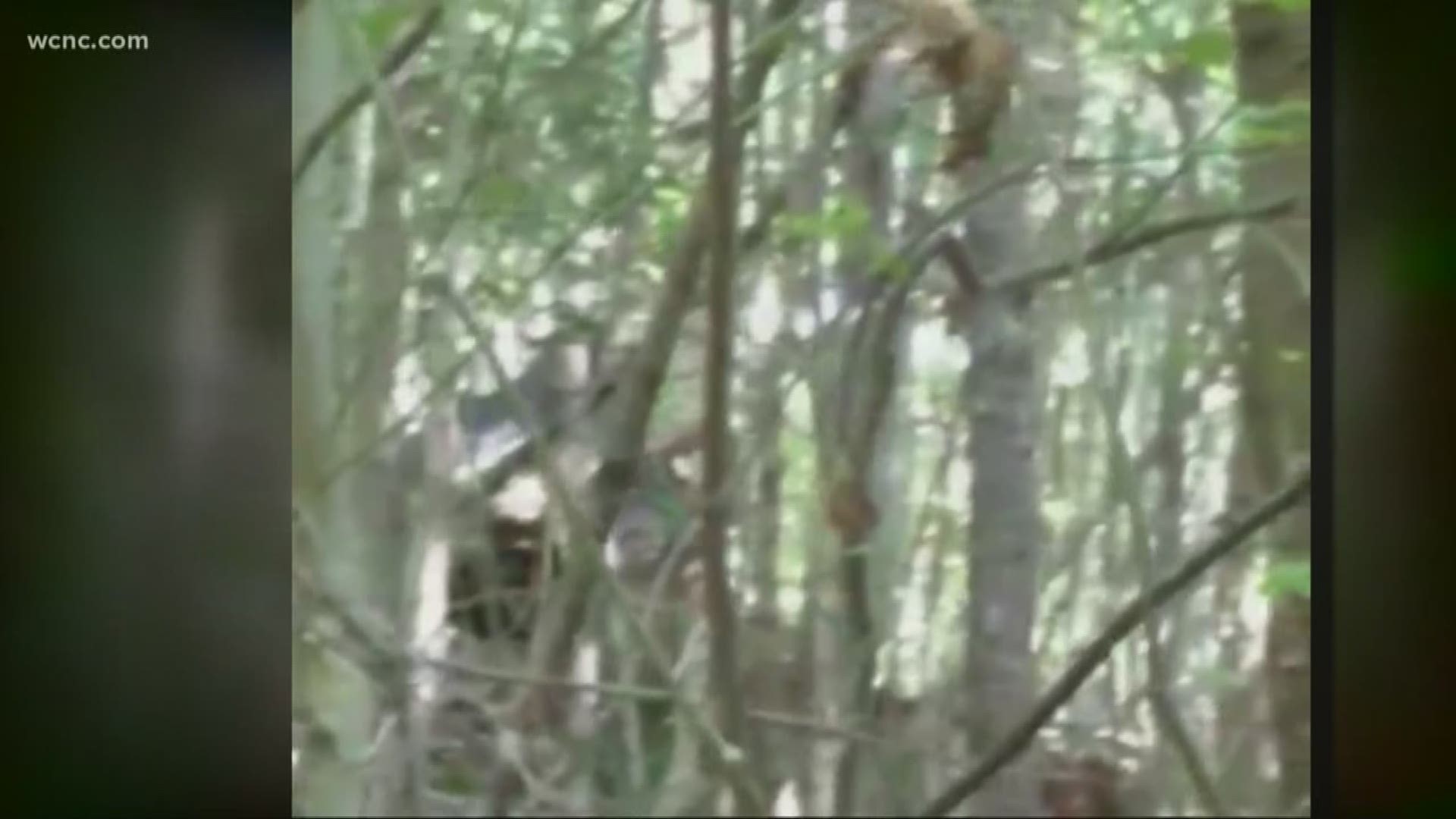 HICKORY, N.C. — A Hickory man has shared video claiming it shows an encounter with three Bigfoots in the North Carolina foothills.

Doug Teague said he shot the video two weeks ago while retrieving game cameras he set up in a wooded area of McDowell County.

Teague said he was walking back to his truck with his dog, "Crazy Daisy," when the encounter happened.

"A rock was thrown. [My dog] chased it," he said. "I just kinda stopped, took the phone out, gazed the hill."

He said that's when he spotted three different Bigfoots watching him from a hill.

He said he recorded about 10 minutes of video during the encounter; he shared a snippet of it with NBC Charlotte.

"[I was] like a giddy school kid," he said. "Just nervous, heart beating. It was crazy."

He's a member of the Catawba Valley Bigfoot Research Club in McDowell County.

The county's considered a hotspot for Bigfoot sightings, though the path leading to this larger-than-life creature often goes cold.

Scientists argue there is no evidence Bigfoot exists, and many consider it a myth.

"There's probably a lot more evidence than people realize," he said. "People hide it. They don't want people to ridicule them."

Several people injured in I-77 crash in Huntersville