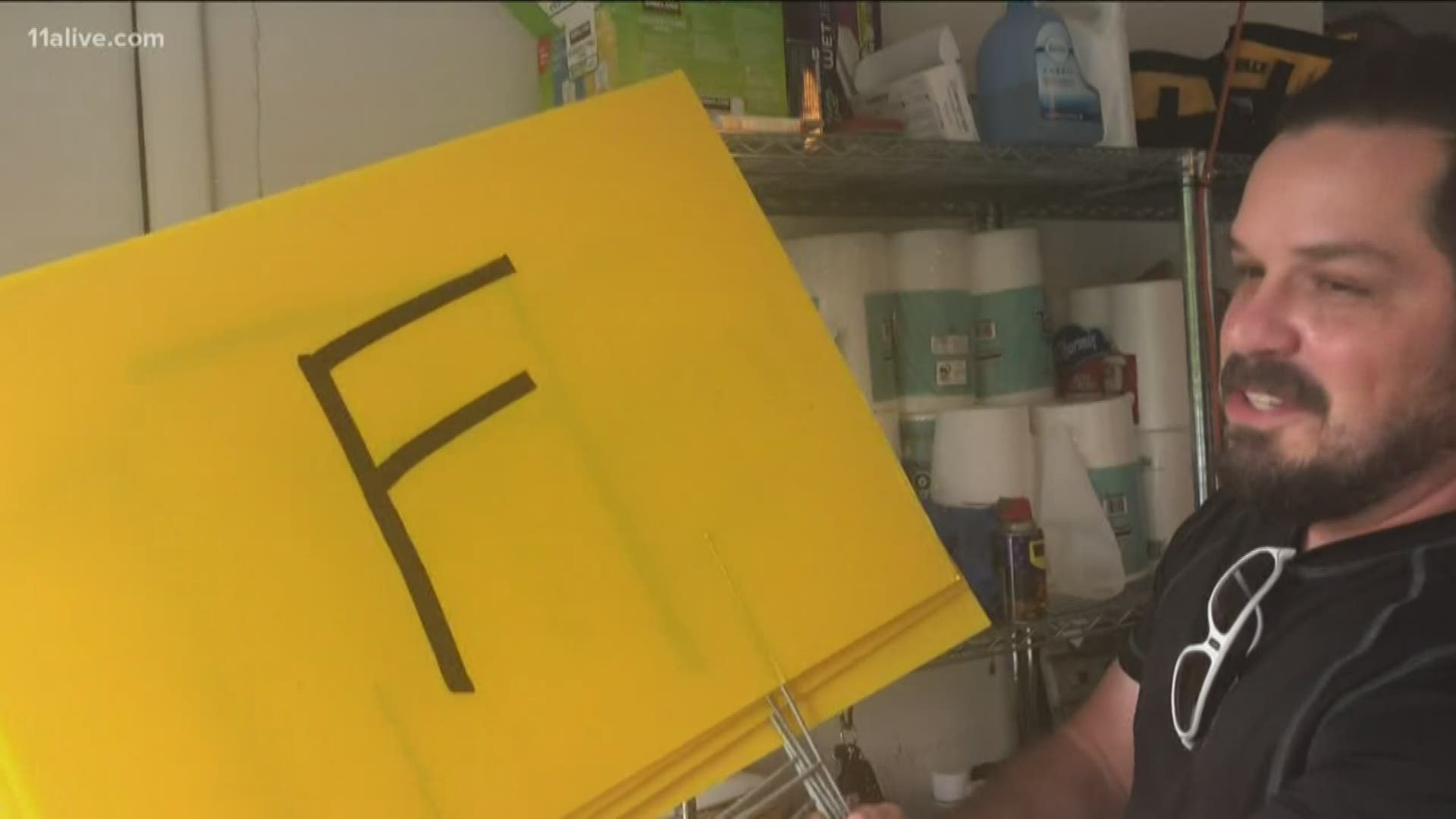 MARIETTA, Ga. — Remember the couple who put up signs in the yard reminding drivers in their neighborhood to "slow the F down"?

Well, someone stole the "F" from the display!

Jordy Johnston, a father of four, said he got tired of people going 50 mph in his 25 mph neighborhood - so he got creative, and a little in-your-face, with his message. He placed five huge neon yellow signs in his Marietta yard with a word on each one: "SLOW THE F DOWN!!!"

Not everyone was fond of his ... subtle ... message, and Johnston said someone even complained about the display - he got a visit from Code Enforcement over it (After adjusting the display's distance from the roadway, he was within compliance).

PREVIOUS: ‘Slow the ‘F’ down’ signs get couple in trouble over attempt to slow traffic in neighborhood

For Johnston, keeping the kids safe in his neighborhood is more important than a strategically placed "F" bomb. But it appears the feelings over the "F" have escalated. Johnston said he and his wife heard a trunk close on a car outside his house this week, and when they looked out, a black car was driving off with the sign!

Despite losing the sign, Jordy said not to worry - he plans to replace it with a much, much larger "F."