It started as a question about cheese on his All-Star breakfast. Then, police got involved

A Waffle House customer said a question about an up-charge on his Waffle House meal ended with a visit from Georgia Tech police. 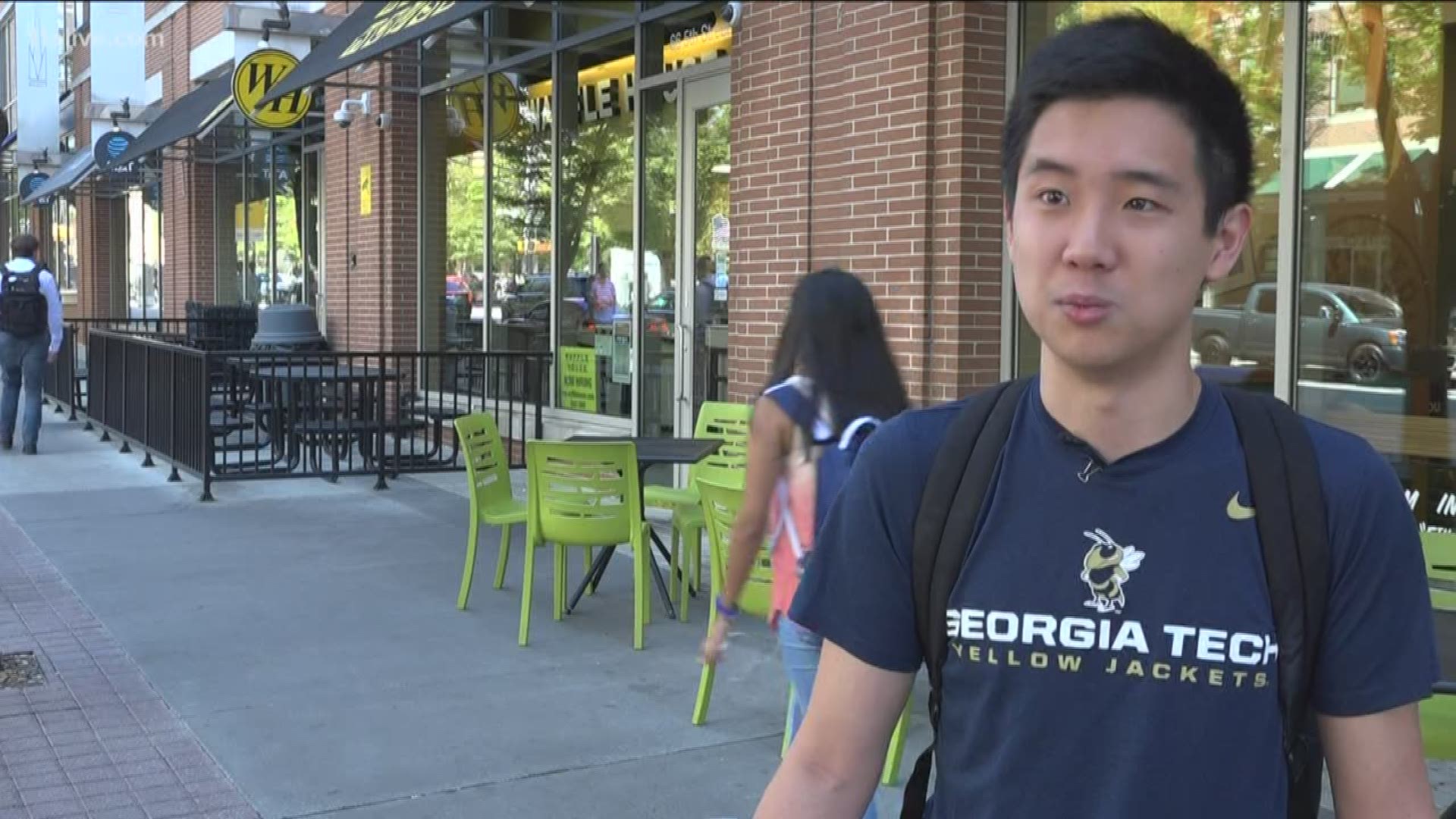 ATLANTA — A Georgia Tech student is calling out Waffle House after he says they called the cops on him - over a dollar's worth of cheese.

Tony Tan was eating at the Georgia Tech location Wednesday when he said things got out of hand.

This story started with a dollar, but Tony said it's not about a buck - it's about the response to his question.

"I asked the server about it, 'I don't know what this is about'," he said.

Tony Tan said he was calm when he saw his meal at Waffle House was a dollar more than he thought it would be last night, but he wanted to know why.

His server told him there was an up-charge to put cheese on his All-Star Special and called over the manager.

"I said, 'OK, I understand that you charge me for cheese and I think it would have been more fair if you told me beforehand'," he told 11Alive. "And he said, 'OK, let me call the police.'"

The police soon arrived - over a dollar.

Just a few minutes later, two Georgia Tech Police officers showed up at the restaurant and asked him to step outside.

"I thought, if there's a one-dollar dispute when I had my credit card ready, I was ready to pay, I wasn't trying to run away," he said. "I thought that the manager would reach an agreement with me."

A spokesman for Waffle House said that while they haven't looked into this specific incident, the safety of their staff and customers comes first. They're trained to deescalate the situation and, if that doesn't work, then call the police.

But Tan said he wasn't threatening anyone, he just asked about the dollar. Police made it clear he had to pay up.

"My understanding was that if I didn't pay, I would be charged with theft of services, and that would be a criminal charge," he said. "I have never had the police called on me before. I've never had any threat of arrest, and I was scared."

Tony said he had every intention of paying for the meal and was willing to pay the extra dollar, he just wanted to be told ahead of time there would be an extra charge.

"I came in with my bookbag, I sat down, I ate, I went to the counter, I had my credit card and I was just asking about that one dollar difference, and I had no idea that was a criminal offense," he said.

Waffle House said it's looking into what happened, and someone should get back to him within 48 hours.

Georgia Tech police reviewed the body camera video of the incident and said Tony was never going to be arrested.