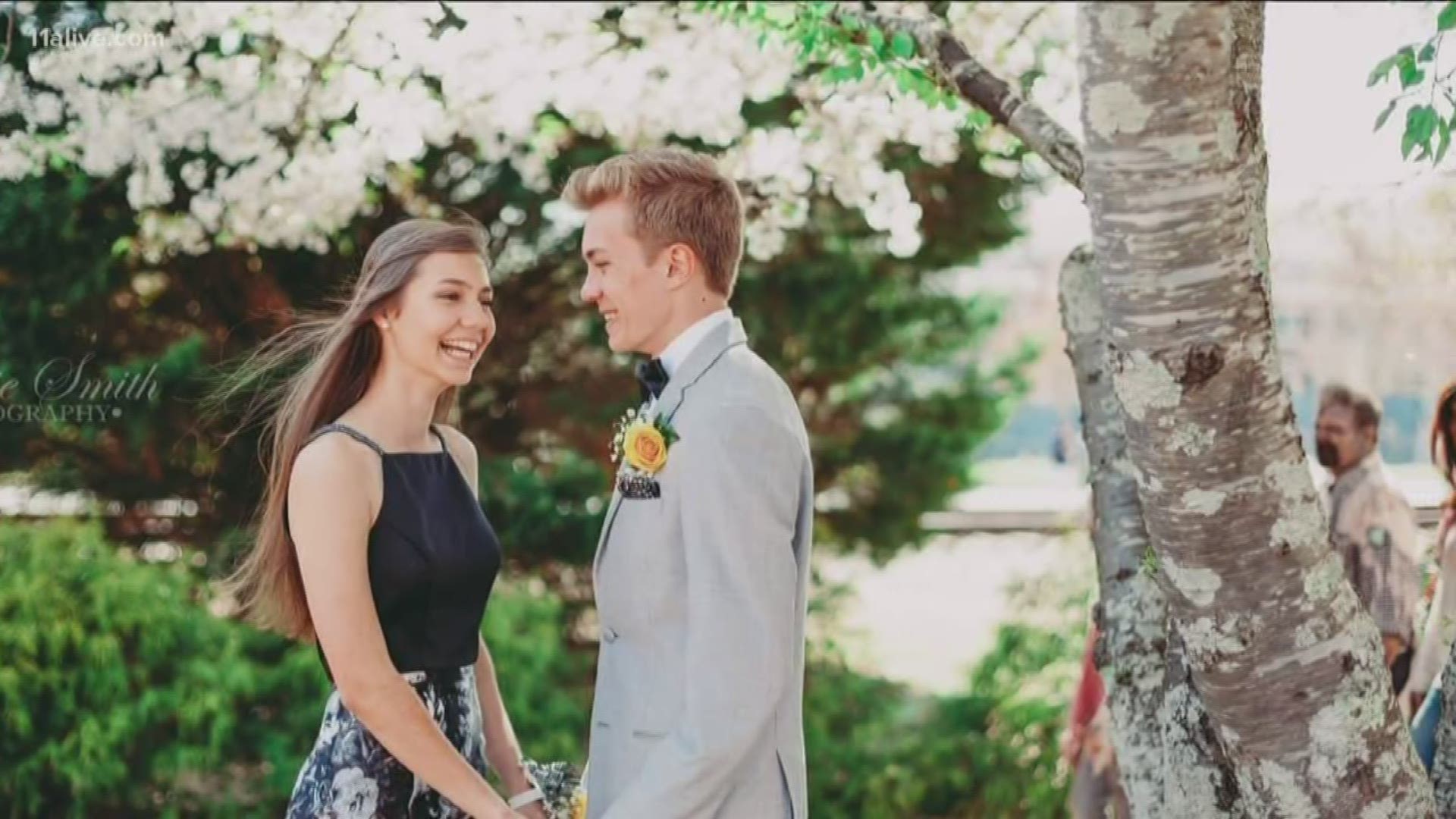 In this case, it was actually just a bunch of wayward zombie's photobombing a photo shoot.

It happened as the photographer snapped photos for a high school couple in Senoia, Georgia before their prom.

The photographer, Stephanie Smith, shared some of the snapshots on Facebook with the caption, "this is what happens when you try to take your prom photos next to the Walking Dead set!"

The photos have - unsurprisingly - gone viral, with many folks calling them "hilarious" and "awesome."

Senoia, of course, is where AMC's show "The Walking Dead" is filmed. The small town in Coweta County transforms into the fictional Woodbury - a city where survivors struggle to keep the zombies out.

The real-life town has become a huge tourist attraction to fans of the show, where they can dine at some of the same places as their favorite actors who shoot in town. Its also helped in reviving the town - in 2007, there were only five businesses on Main Street. The real estate tycoons bought 22 vacant properties. Today, there are more than 85 businesses in town with zero vacancies.

'The Walking Dead' brings an undead divide to Senoia

'Walking Dead' builds a wall around a neighborhood in Senoia, GA

A brush with the Walking Dead, Atlanta celeb sightings!