According to Page Six, couple sent family and close friends mysterious invitations to an "unspecified celebration." 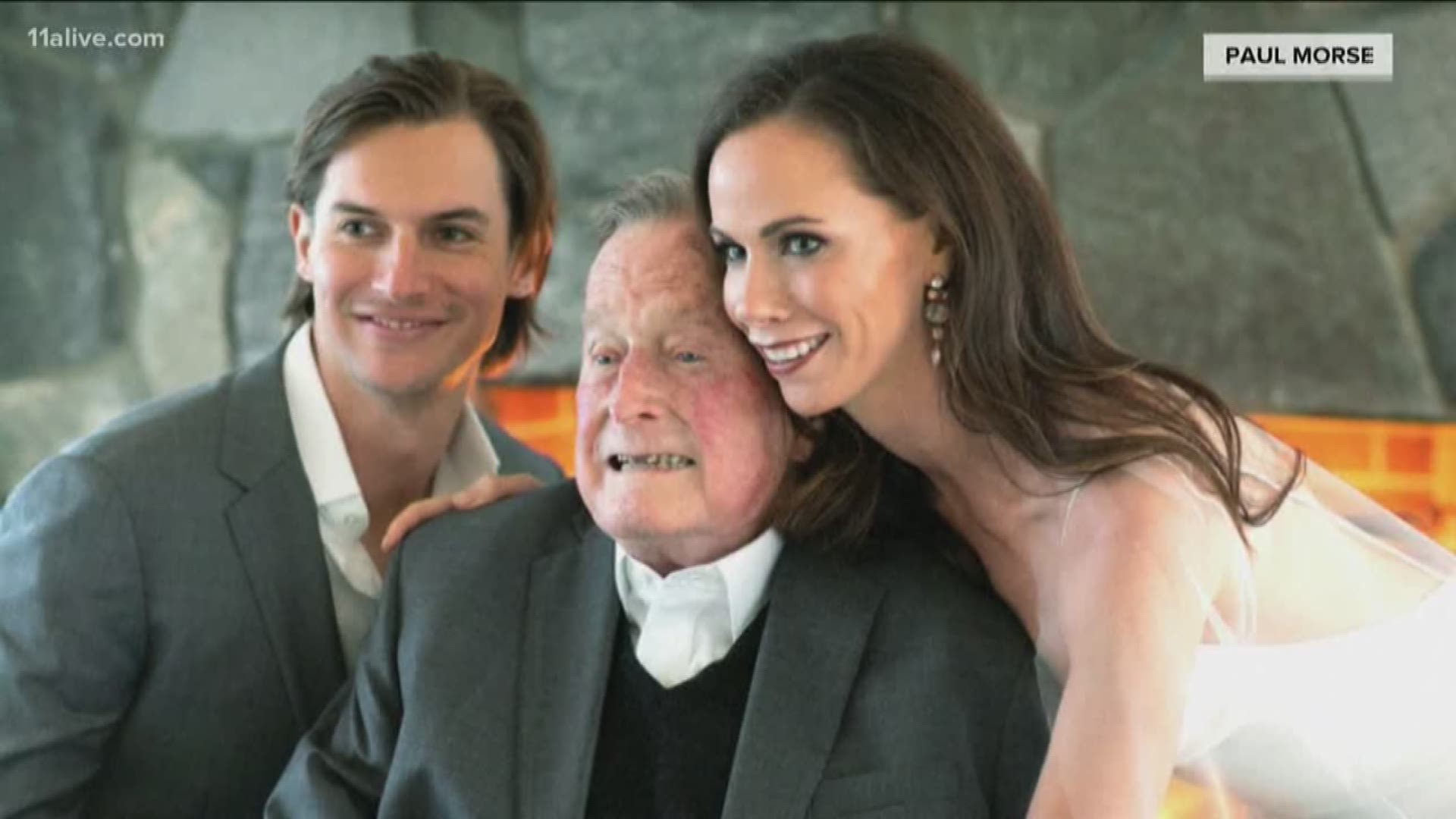 The family made the announcement and released photos of the wedding Monday morning.

The groom, a native of Georgia and graduate of Vanderbilt University, is a screenwriter. He's a Roswell native and the son of Edward James Coyne, Jr. and Darlene Coyne, according to his spokesperson.

According to the Internet Movie Database, Coyne has also dabbled in acting, appearing in a number of small films going back to 2005. He also served as a Page in the U.S. House of Representatives, according to his agent's webpage:

"Craig is a comedy writer.

As a small town Southerner, Craig got his first taste of the entertainment industry when cast by Sam Mendes in Jarhead. Following this experience, graduating from Vanderbilt University and serving as a Page in the U.S. House of Representatives, Craig moved to Los Angeles and acted in a handful of other feature films, such as I Hope They Serve Beer in Hell and Look at Me, and starred in Lonelygirl15, the most watched web series of all time. Since shifting his focus to writing, Craig has sold to and developed Doin’ Good, a live action half hour, at Comedy Central with the Workaholics team"

According to Page Six, couple sent family and close friends mysterious invitations to an "unspecified celebration," a celebration that turned out to be their wedding.