Why are there so many Joro spiders in northeast Georgia? 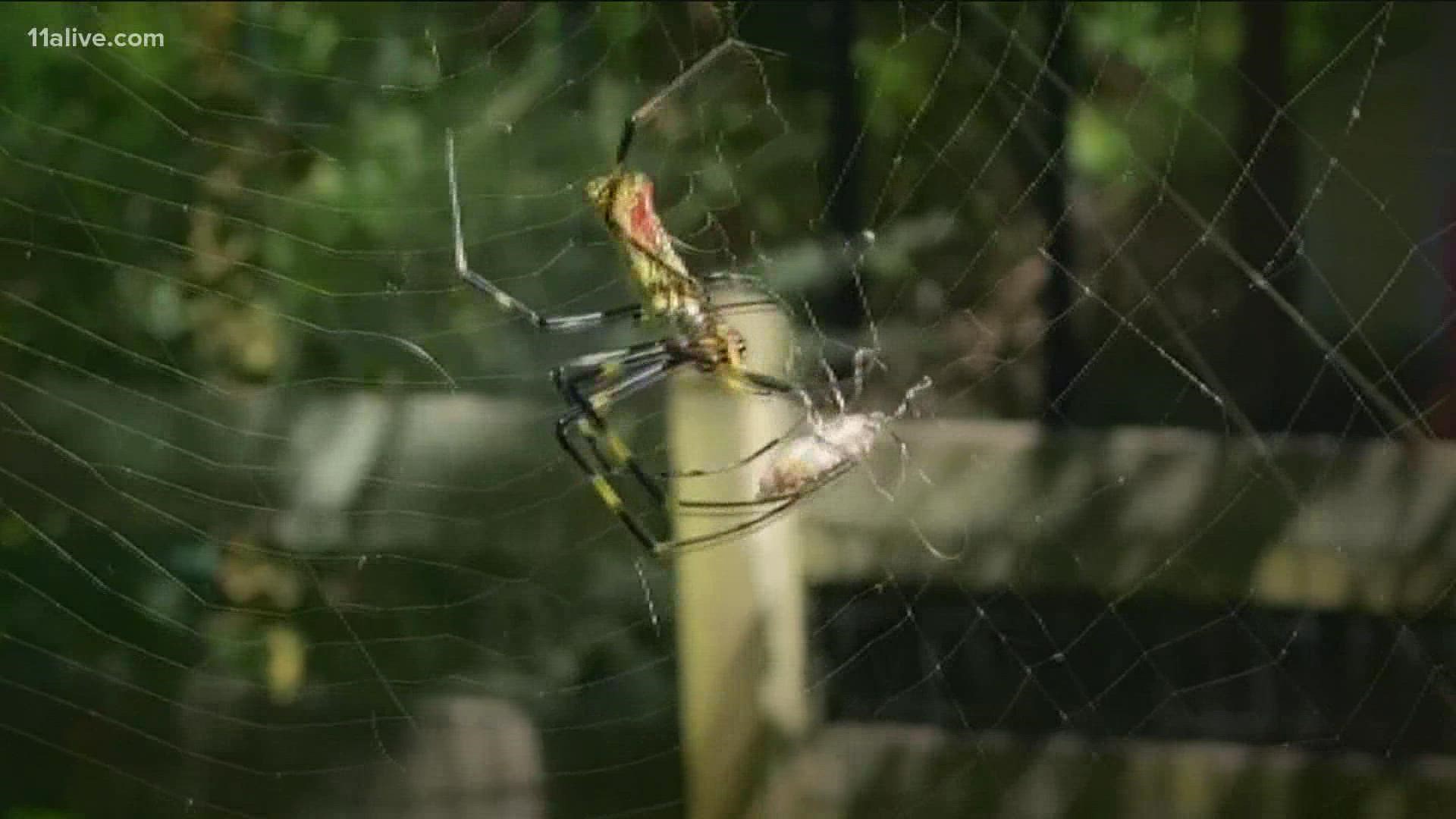 ATLANTA — They are big, creepy, and so abundant this year that homeowners all over northeast Georgia are wondering why Joro spiders have taken over their yards.

As we transition from summer to fall, bugs of all kinds go on the move.

“It’s an active time for insects because there’s change coming and they’re having to prepare for it,” said UGA Entomologist Will Hudson.

Joro spiders are on the move, and in some places, it looks like an invasion.

They’re all over Elizabeth Joyce’s backyard in Alpharetta.

“I got so frustrated with them,” Joyce said. “I kept walking into the spider webs, then you have that awful feeling the rest of the day that there’s a spider web on you.”

Only a few years ago, Joro spiders didn’t exist in Georgia. They came here from Asia, likely as stowaways on shipping containers traveling on freighters and trains.

Hudson has them around his yard near Athens.

“I’ve killed way over 300 female spiders,” Hudson explained. “We had a couple of female spiders in our yard year before last. Last year there were several dozen. Their numbers have grown enormously.”

Their eggs hatch in the spring. Joro spiders spend all summer growing, so this is the time of year when they reach their maximum size. When their legs are fully extended, they’re hard to ignore 3-inches across.

They’re harmless unless you walk into a web.

On the plus side, they’re the perfect natural decoration for Halloween.