Why are tickets to big events like the Final Four and Super Bowl so expensive?

Tickets to the Final Four in Atlanta are already on the secondary market selling for $12,000 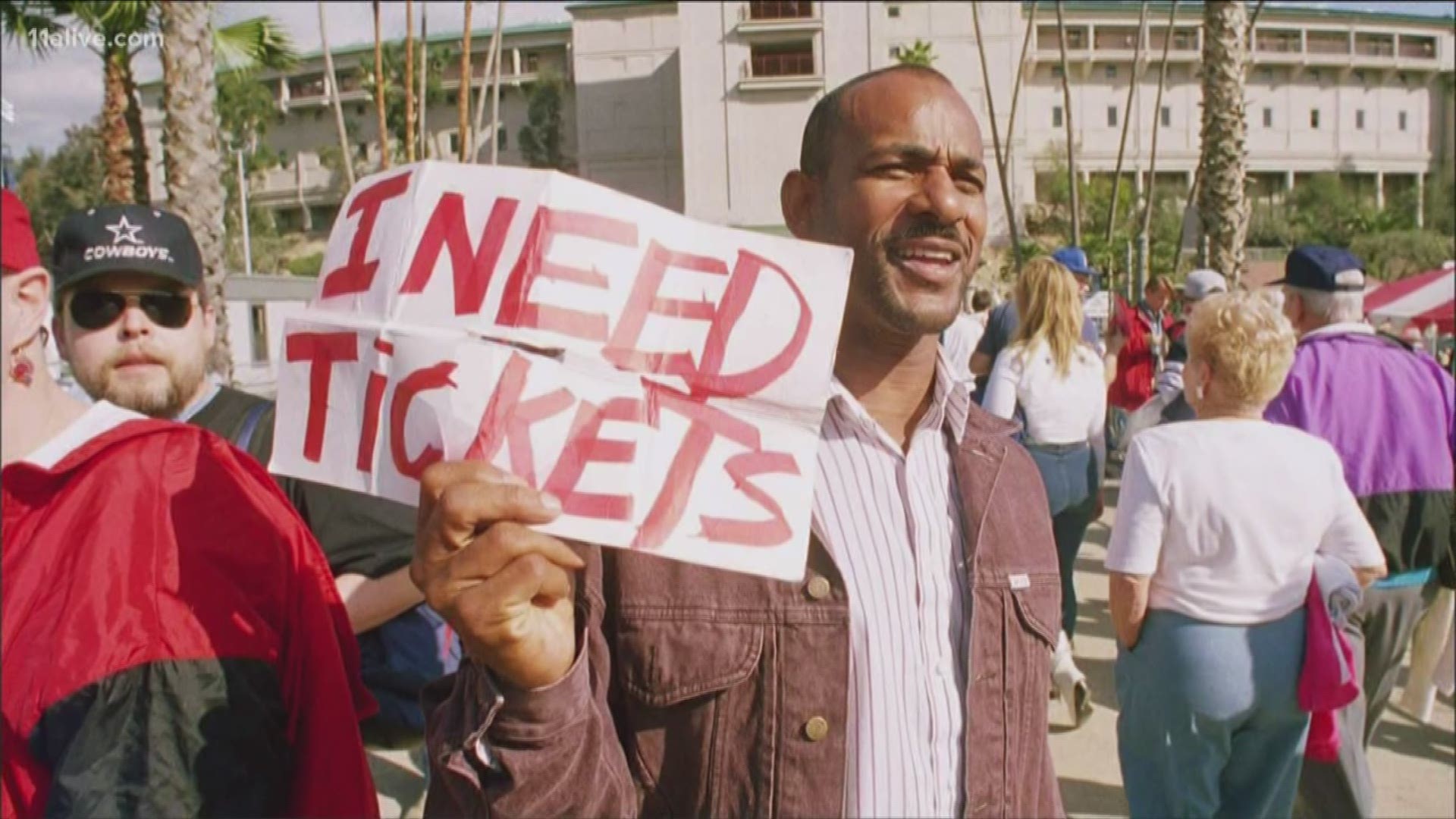 ATLANTA — The Final Four of men’s college basketball won’t be in Atlanta for another two months, and tickets are already selling for as much as $12,000 for a single seat.

Fans who aren’t fortunate enough to get the seats they want for face value have to turn to the secondary market. Tickets to last Sunday’s Super Bowl in Miami cost an average of $10,000.

11Alive viewer Kevin Dalton doesn’t like how big events distribute tickets in a manner that can send prices soaring.

“It’s just a scalper’s dream,” says Dalton. “They take 45 percent of the tickets and let them go to legalized scalpers. It’s just not fair.”

The state legislature legalized the resale of tickets in Georgia years ago. Supporters say it’s all about free enterprise.

“As long as your not trying to monopolize the market, you should be allowed to sell your tickets for above face value,” says state Rep. Alan Powell, one of the sponsors of the bill that legalized ticket resales in Georgia.

There are several ways to purchase tickets to a sporting event, concert, or show. There’s the box office where you pay face value.

Scalpers can be found selling tickets on the streets outside of an event. Georgia law says the seller must be the “original purchaser” and can’t conduct business within 2,700-feet of a venue.

There are marketplaces, like StubHub, that are online venues where people can buy and sell tickets.

“We work to provide the best selection of ticket inventory at the best value for the fans,” says Clay Helm of StubHub. “Prices are driven by market forces like supply and demand. Ultimately a ticket will only sell if the buyer is happy with the price.”

There are ticket brokers that must be licensed in order to operate in Georgia.

“If you have an open and free secondary market, consumers will have increased choice and options,” says Gary Adler, General Counsel for the National Association of Ticket Brokers.

Tickets to a major sporting event may go to athletes, their families, sponsors, and season ticket holders first, leaving what’s left over for the general public.

“The chances of you obtaining that first row ticket on the initial sale is minuscule,” says Adler. “Very few tickets ever get made available to the public.

“At least 40 percent if not a little bit more of tickets sold on the secondary market are sold at a lower cost than you would pay at the box office,” says Adler.

The Better Business Bureau warns that there are risks when it comes to buying tickets on the secondary market.

“BBB is warning consumers to be smart when searching and purchasing tickets,” the BBB says on its website.

The National Association of Ticket Brokers is partners with the BBB. Adler says buying from the organization's members brings a 200 percent guarantee.

“An open secondary market free of fraud is fantastic for consumers,” says Adler.

In 2016, the federal government made it illegal to use computer software to buy large chunks of tickets online. It’s to keep someone from gobbling up tickets before the public can get to them, only to place them on the secondary market at an inflated price.

Why aren't there 'truck only' lanes in metro Atlanta?

Why are the rules of the road different for cyclists and pedestrians?