Why aren't there 'truck only' lanes in metro Atlanta? 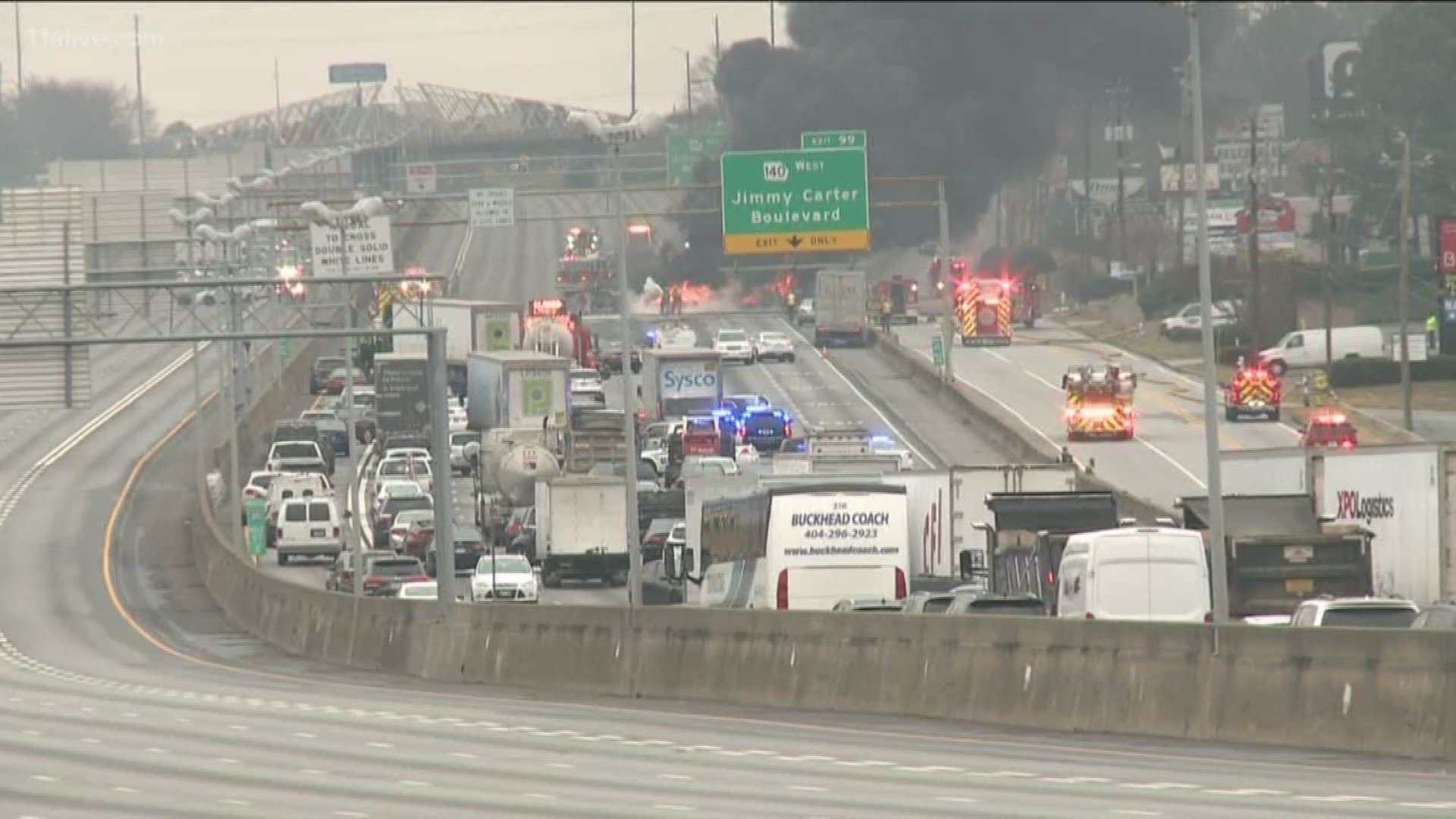 ATLANTA— Saturday’s disaster on I-85 has prompted some commuters to wonder why metro Atlanta doesn’t have lanes to separate truck traffic from the rest of us.

The traffic gridlock prompted some 11Alive viewers to demand change.

“Big rigs must have their own lanes,” Douglas Reiser wrote on the 11Alive Facebook page.

“I love driving on the New Jersey Turnpike as there are two dedicated lanes where trucks must drive,” says Carol Whitehurst. “Why can’t we do something like that?”

“We want to be able to fix every problem,” says Higley. “The question in metro Atlanta is, where would be put them?”

There are currently plans to build 40-miles of “truck only” lanes along I-75 between Macon and McDonough. Higley says adding lanes in that area of Georgia is more feasible.

“Truck traffic has increased tremendously,” says Higley. “The growth at the Port of Savannah means more trucks transporting goods between there and Atlanta.

There is room for added lanes along that stretch of I-75, according to GDOT.

Metro Atlanta is a different story.

There are already Express lanes along the metro area’s multi-lane highways with more to come. With businesses and homes located close to the interstates, GDOT says there’s little room for added lanes.

Construction on “truck only” lanes south of Atlanta is scheduled to begin in 2024 and take four years to complete. They will be the first toll free truck lanes in the country.

Higley says while GDOT will continue to look at other areas where such lanes are feasible, it’s doubtful you will see them traveling through metro Atlanta.