Hundreds of dogs have been rescued from puppy mills across Georgia. While they are forever changed, breeders often avoid significant jail time. 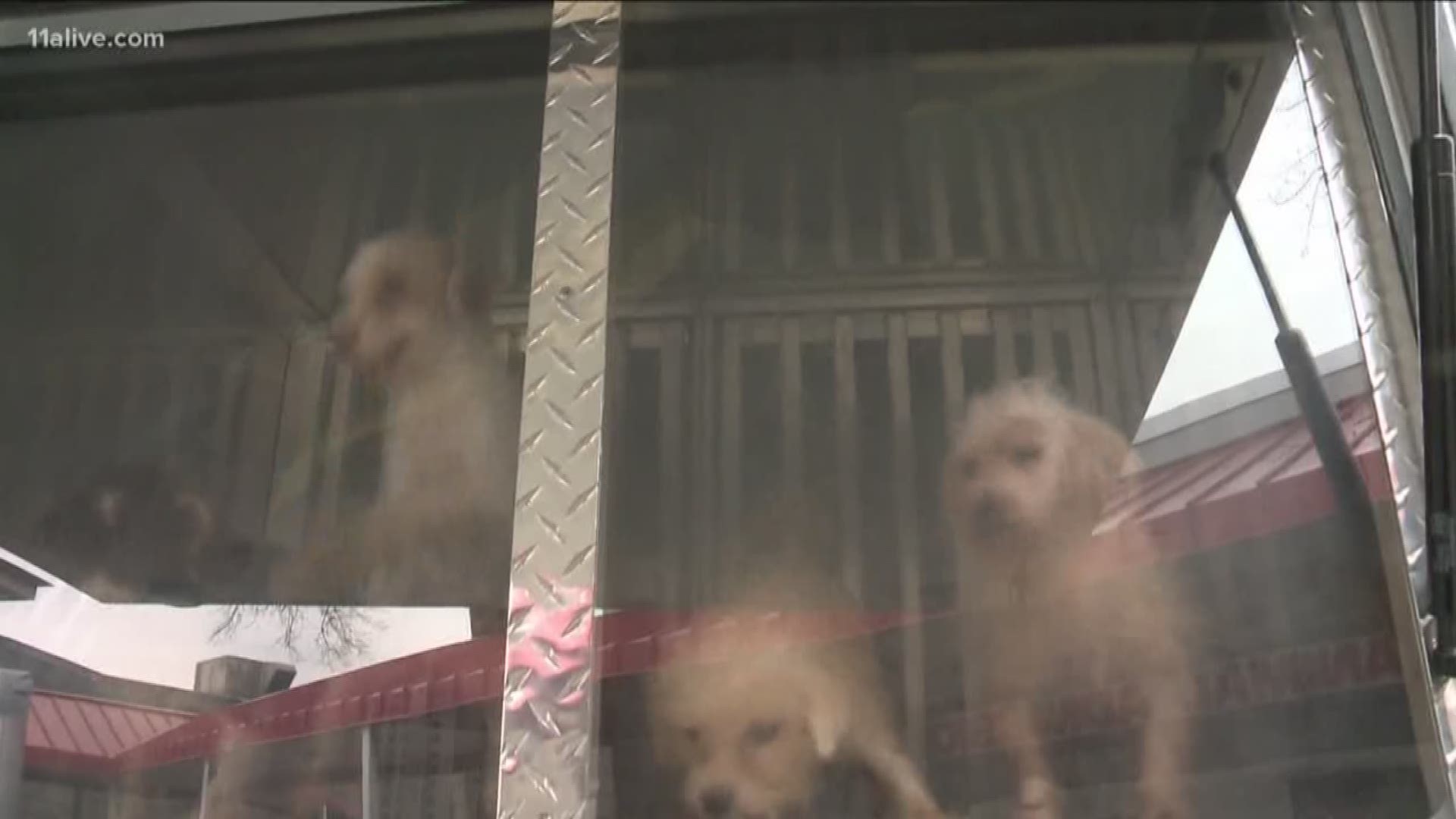 Hundreds of dogs have been rescued from puppy mills across Georgia in recent years and while it takes a lot of effort to rehabilitate them and find new homes, breeders are often charged with misdemeanors or avoid jail time altogether.

Recently, about 700 dogs were rescued from a puppy mill in south Georgia and the owner is not facing charges – yet.

The Berrien County Sheriff’s Office is handling the case. Officials said the investigation is still open and they won’t comment on any charges at this time. However, the Georgia Department of Agriculture confirmed that the owner surrendered his state-issued pet dealer’s license, along with the dogs.

Sources told 11Alive that when owners hand over their dogs voluntarily in these situations, it can play a role in them avoiding jail time.

While the Berrien Sheriff’s Office is not commenting on the open case, it does raise the question of whether sentences for animal cruelty are tough enough to keep people from operating large, unsafe puppy mills for profit.

In 2017, animal control officials busted a puppy mill in Habersham County where more than 300 dogs and other animals were found living in deplorable conditions. Clarence and Teresa Bramblett each faced over 340 misdemeanor charges for animal cruelty, but didn’t serve any jail time.

“The defendants pleaded guilty to five of the charges, four of which being animal cruelty. One (charge) for possession of wildlife and received sentencing of five years of probation, along with some fines,” said Habersham County animal control director Madi Nix, who helped rescue the animals. “So, they didn’t receive jail time.”

Georgia law allows for jail time in animal cruelty cases – up to one year for misdemeanors and, for a first-time felony conviction, up to five years in prison.

Nix believes that serious cases ending without imprisonment are a reflection of the public.

“I don’t think people are quite able, ready, to put that into the same kind of sentencing as they would for physical violence or harm against human beings,” Nix said. “I hope we are starting to see any sentient being is worth protecting.”

Glenda Albritton was arrested last year in Webster County after officials found hundreds of animals living in rows of plastic tubs that housed dogs living in mud and feces. Matted hair made it hard for some of them to walk, to eat, even to move. Smaller dogs were stacked in crates. Some were young, tumbling puppies. Others were older, cowering and growling in the corners.

In January, a grand jury indicted her on six felonies and 55 misdemeanor charges of animal cruelty.

District Attorney Lewis Lamb is prosecuting the case and, while he didn’t want to discuss the issue of jail time on the active case, sent 11Alive the following statement:

"As a generalization, however, I will state that it is my policy to seek jail or prison time in particularly egregious felony animal cruelty cases. Obviously, sentence recommendations vary case-by-case, because the specific facts of any particular case have to be considered. The two most significant factors are usually the nature of the crime and the defendant's criminal history."

Nix said she wants to see mandatory mental health screenings play a role when looking at someone's history, as well.

“I do think that a lot of hoarding situations we deal with, some of the people need help, instead of necessarily locking them up and throwing away the key,” Nix said. “We should hopefully be able to find resources to make sure it doesn’t happen again.”