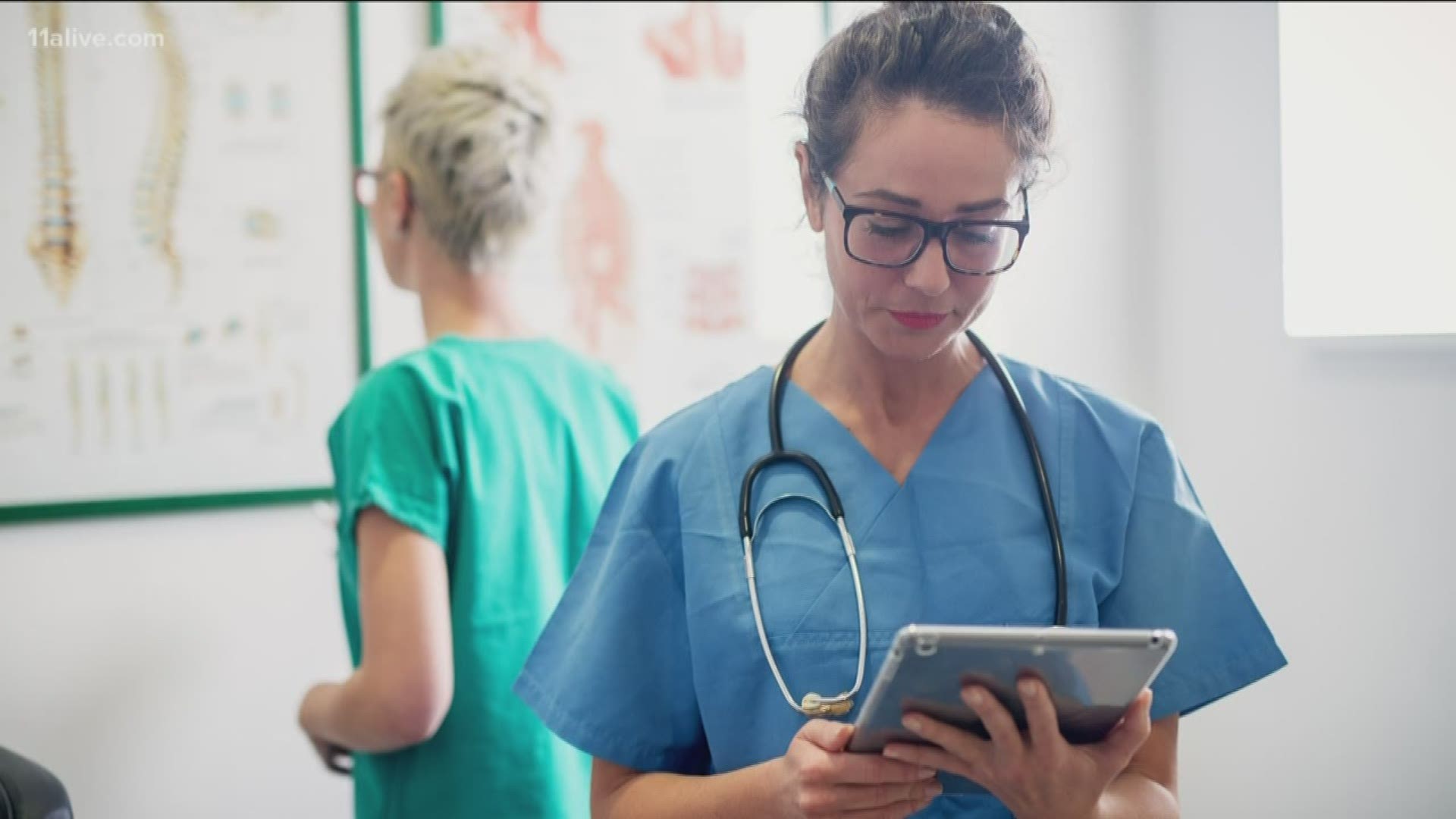 ATLANTA — Georgia added a record 20,000 jobs last month, and yet the state continues to struggle with a shortage of nurses.

Americans are living longer, and many are moving and retiring in Georgia. Our aging population means the demand for healthcare is increasing. Georgia is one of several states where there aren’t enough nurses to meet that demand.

According to Richard Lamphier, President of the Georgia Nurses Association, Georgia will soon have the sixth-worst nursing shortage in the nation.

“About 50 percent of nurses are over the age of 50,” says Lamphier. “We’re losing nurses to retirement and we’re not having them replaced with younger nurses.”

Nursing is still dominated by women who are increasingly finding opportunities in other fields.

There are states that aren’t growing and aging as rapidly as Georgia. Lamphier says many of those states are enjoying a surplus of nurses.

“It’s an opportunity for us to go out and recruit those nurses and bring them to Georgia,” says Lamphier.

One Georgia hospital currently has openings for 100 nurses.

To make up for the shortage, some nurses are asked to work overtime.

The stress is causing burnout and forcing some to leave a profession that is in dire need of new faces.

Why is the U.S. birth rate declining?