Why does school start so early? 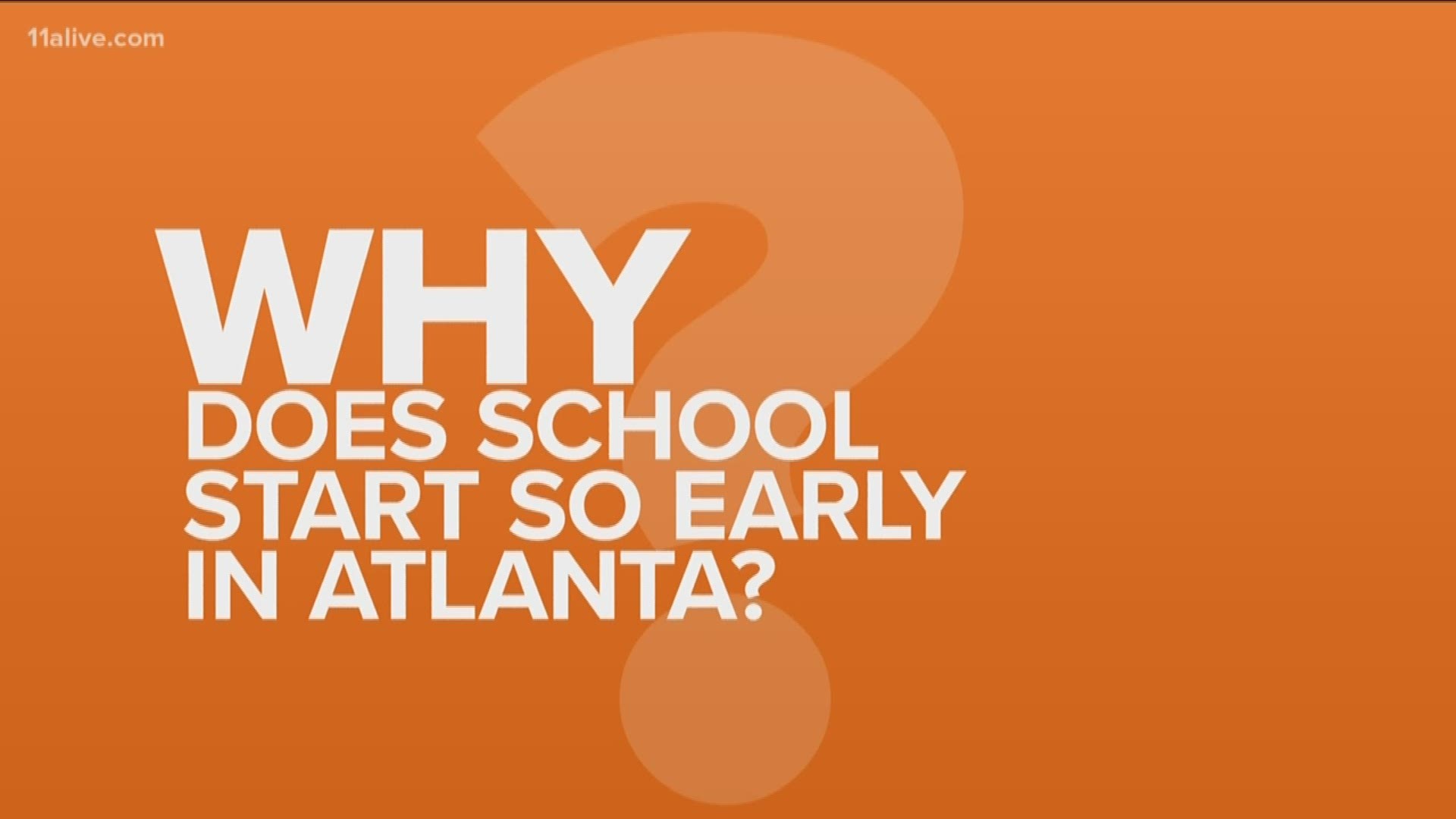 According to the calendar, summer doesn’t officially end until September 22nd.

Henry, Rockdale, and Jackson Counties are among the areas where the school bell is ringing on July 30th. Students in Cobb, Cherokee, Newton, and Walton Counties will head back on August 1st.

There was a time, decades ago, when the school bell waited until after Labor Day. Here in Georgia, only two public school systems continue to follow that practice.

It’s all to fit in the required 180 days of instruction using what’s known as a balanced calendar. Nearly three-quarters of the public school systems in Georgia now use it. It allows for more periodic breaks throughout the year.

Henry County will begin school on July 30th this year.

“After hearing from our community, we made the move to take two weeks from the summer months and redistribute them in the calendar for more breaks during the year,” says Henry County School spokesperson John Hardin.

A spokesperson for Cherokee County says additional breaks throughout the year also allows for maintenance work on buildings and buses without disruption to school plans.

An earlier start time also allows most school districts to end the school year by Memorial Day, another desire of parents.

While the earliest start date for traditional public schools in Georgia is July 27th, students attending several charter schools say goodbye to the beach in as early as July 10th.