Why haven't we seen the entire Mueller Report?

According to federal law, the Attorney General doesn't have to release it 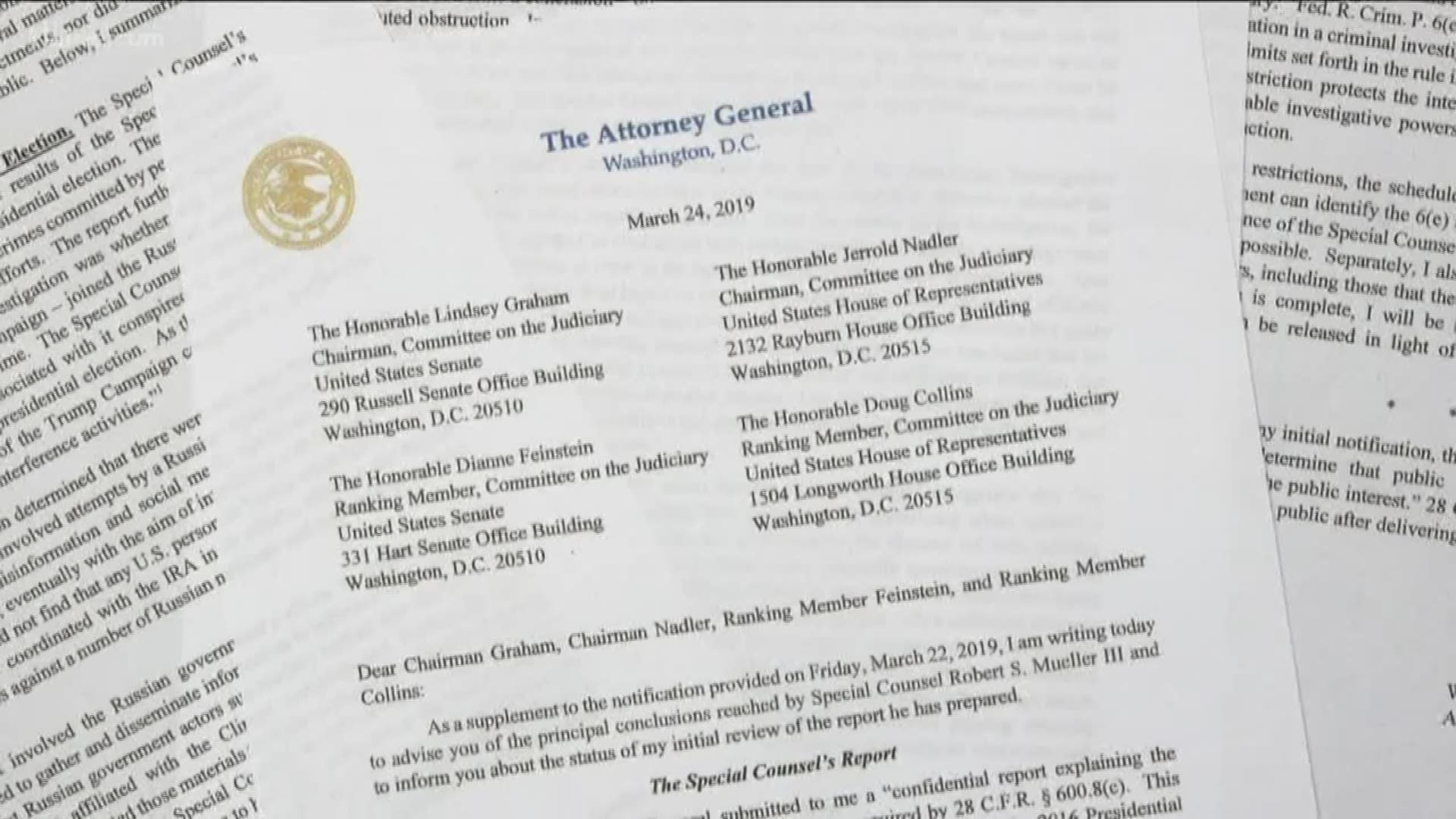 ATLANTA — It’s been two weeks since Attorney General William Barr released his summary of the Mueller Report, and the calls from many to see the entire report are getting louder.

Some members of Congress have approved the use of subpoenas in order to see the entire report into Special Counsel Robert Mueller’s investigation into Russia and the 2016 Presidential election. Barr has said he will release as much of the report as he legally can by mid-April.

According to federal law, Attorney General Barr doesn’t have to release the report.

According to the Attorney General’s summary of the nearly 400 page Mueller Report, the special counsel’s investigation uncovered efforts by Russia to influence the election, but according to Barr’s summary, Mueller cleared President Trump and his campaign of collusion.

Under federal law, a special counsel is required to file a “summary report” to the Attorney General that is to be treated as a “confidential document.”

Under law the Attorney General “may determine that the public release of these reports would be in the public interest, to the extent that release would comply with applicable legal restrictions.”

It’s up to the Attorney General to make that decision.

The laws regarding the Independent Counsel were scrapped in 1999.

The Federal Register states that “much legitimate concern” had been raised about the requirements of the Independent Counsel when it came to filing a final report.

“Since it often becomes a public document, it can do harm to legitimate privacy interests,” the Federal Register reads.

Under the current law, there are legal restrictions that could prevent the Attorney General from releasing the Mueller Report in its entirety.

Barr’s summary goes on to say that the Attorney General needs to identify “any information that could impact other ongoing matters, including those that the Special Counsel has referred to other offices.”