Why is February shorter than the other months?

It all goes back to the days of the gladiators 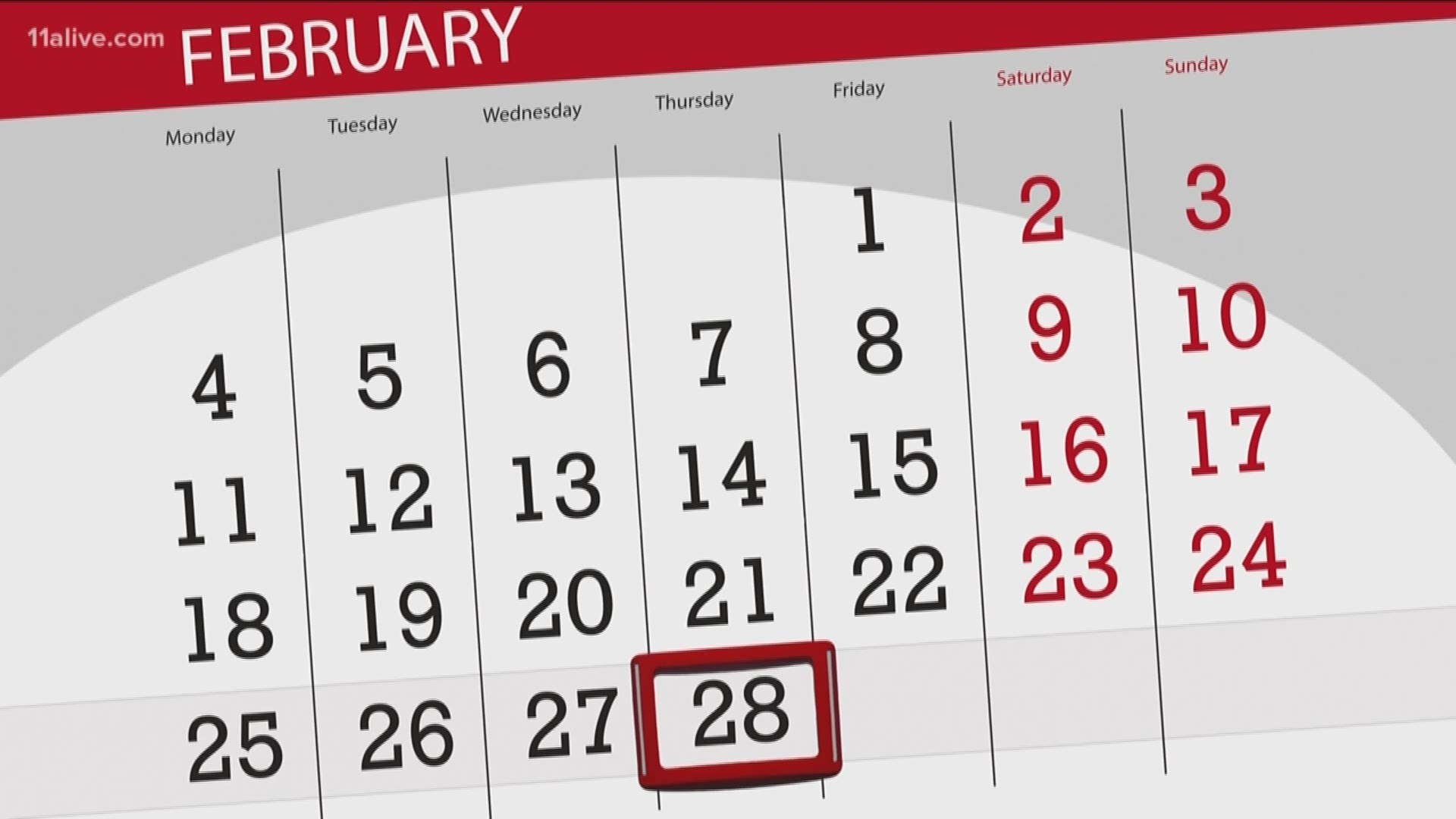 ATLANTA — ATLANTA – It’s time to say goodbye to the month of Valentine’s Day and Super Bowls, and hello to the questions surrounding the shortest month of the year.

February is at least two days shorter than the other months, except of course during those crazy leap years.

For the answer we have to go back to the days of gladiators. The Romans had their own calendar based the cycle of planting and harvesting their crops. The Roman calendar had only ten months. No one cared about naming the period when the crops were dormant.

It was King Numa Pompilius who added the months we now know as January and February. They were added to the end of the calendar. Rome’s second king was trying to match the 355 day lunar calendar, but it was a struggle.

The Romans considered even numbers to be unlucky, so Numa made his months either 29 or 31 days. When the math still didn’t add up to 355 days, the King Numa shortened the last month, February, to 28 days.

In 45 BC, Julius Caesar created the Julian calendar with 365 five days. Taking the advice of his astronomer, Caesar added few days to this month and that month, taking them all to 30 or 31 days except February.

January and February stayed the last two months of the year for another century. Even after they were promoted to the beginning of the year, February remained our shortest month.