Why is help for Georgia farmers stuck in Congress?

A funding bill includes multiple disasters going back to 2017 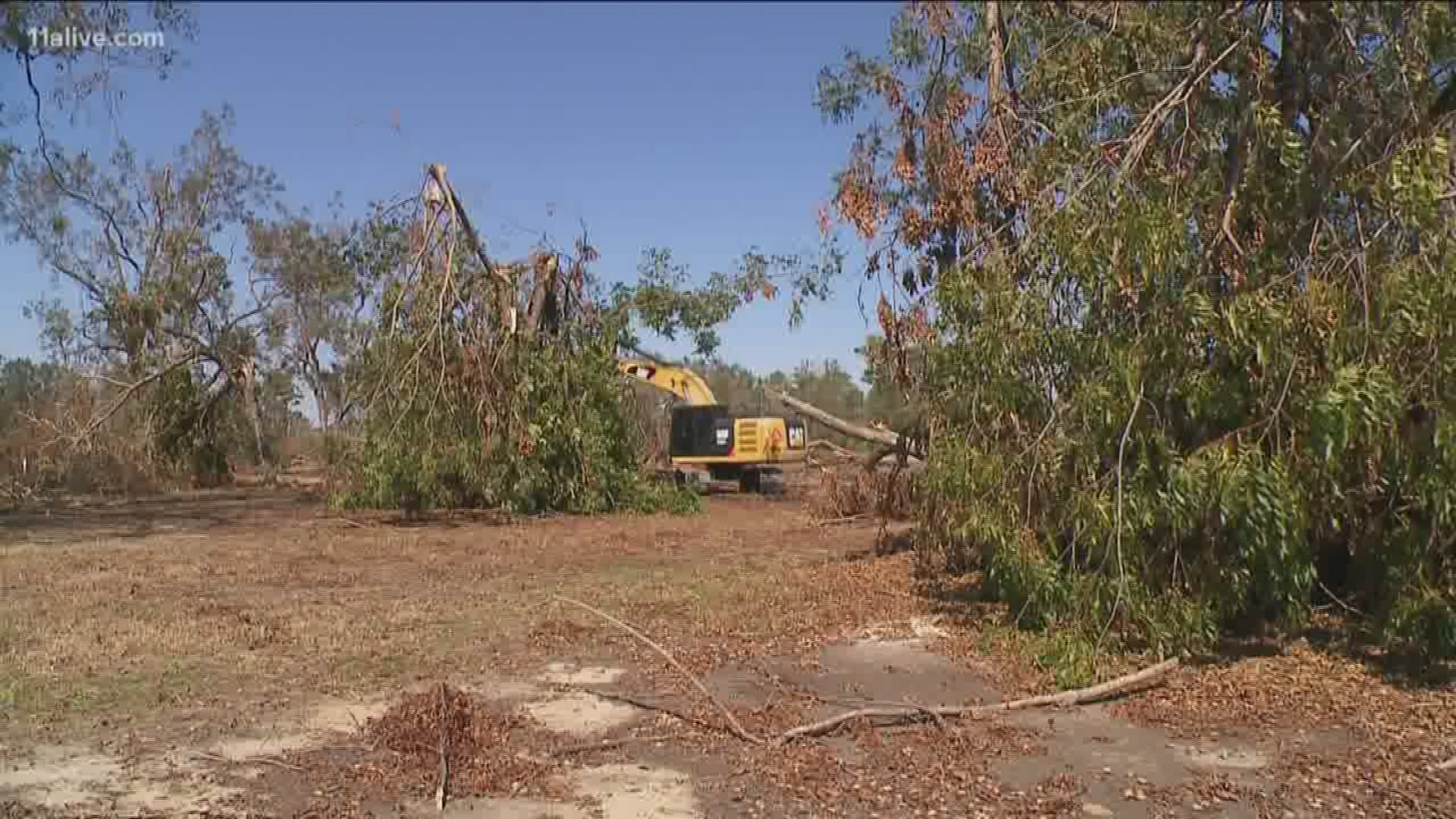 ATLANTA — ATLANTA – Congress has yet to pass a proposed disaster bill that would help Georgia farmers, a bill filled with needs following several disasters going back to 2017.

Eric Cohen is a pecan farmer who lost nearly all of his trees as Hurricane Michael roared over Decatur County last October.

“We just need help now,” says Cohen. “We don’t need to keep passing it down the road.”

Crop insurance has covered some of the losses Georgia farmers lost to Michael.  The state has stepped in with money, but it hasn’t been enough to recover from the $2.5 billion worth of damage to the state’s agriculture business.

Congress is debating $14-billion dollars in federal disaster relief for victims of hurricanes, wildfires, and a list of other disasters. The funding bill has stalled because lawmakers can’t agree on additional funding to help Puerto Rico recover from the 2017 hurricane that devastated that area.

Congress typically has lumps multiple disasters into one funding bill.

The bill before Congress, H.R. 268, is a supplemental appropriation.

“Supplemental appropriation bills dedicated to disaster recovery generally occur when unanticipated needs arise in the wake of catastrophic natural events,” says Marie Gordon, spokesperson for Sen. Johnny Isakson. “H.R. 268 appeared to be the legislative vehicle most likely to receive a vote in the House and Senate.”

Its intent is to provide federal money to areas where state and local funding couldn’t cover all of the losses.

Disasters in 2018 left needs all over the country.

The bill includes over a billion dollars to help farmers who suffered from hurricanes. There is help for victims of wildfires in California and volcanic activity in Hawaii. There’s money for workers displaced by a pair of typhoons that hit U.S. territories in the Pacific.

“This type of legislation moves on a short timetable and does not go through the complete committee process like other appropriation bills,” says Gordon. “This is due to the emergency nature of these types of bills and is done to expedite the process.”

Taking up each disaster and each need separately would slow the process.

“Funding for multiple disaster events that had yet to be addressed were included in H.R. 268 to ensure expedited consideration,”

In this case, one sticking point has brought the process to a halt.

The damage Hurricane Maria inflicted on Puerto Rico isn’t the only issue lingering from 2017. The bill includes money for Georgia’s peach and blueberry farmers who suffered losses due to cold snaps that year.