Why is voter turnout traditionally low for primary elections? 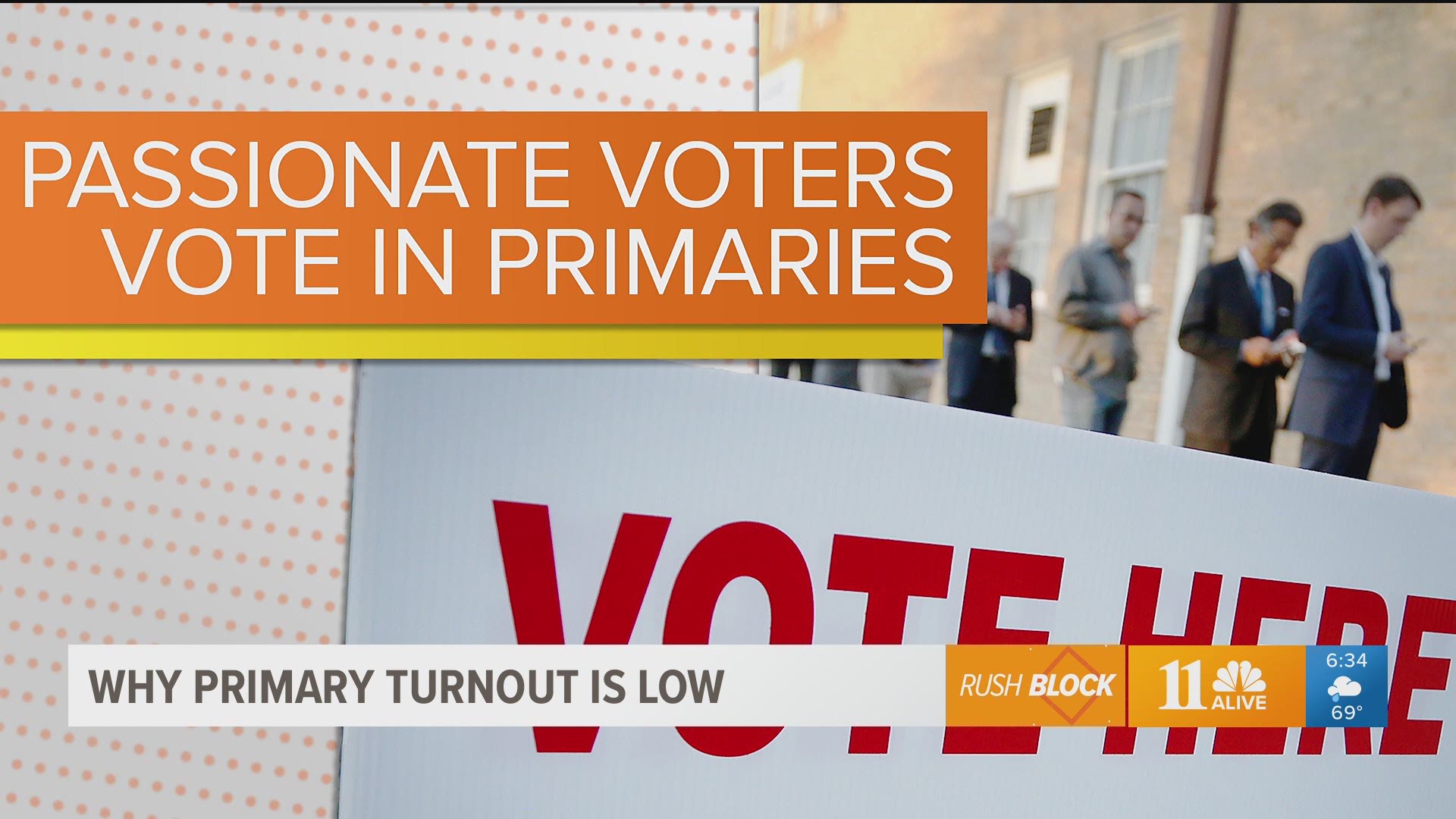 ATLANTA -- Primary voting in Georgia and other parts of the country is traditionally low as most voters wait until November to cast their ballot.

Primary elections dictate which candidates will appear on the ballot in November. It is an important part of the electoral process.

Emory University political science professor Andra Gillespie tells 11Alive's Why Guy that most people who are passionate about politics will cast votes in primary elections whether they're held in May, June, or July.

Most voters, however, are more passive and aren’t paying much attention to politics until we get closer to the November elections.

Today’s vote comes just a few days before the Memorial Day weekend. Many potential voters are focused on vacation.

Gillespie says the candidates typically don’t spend as much money on a primary election as they will on a November election.

That means voters aren’t bombarded with as many mailers or TV commercials as they will be in a few months.

Have any questions for the Why Guy? Please email him at whyguy@11alive.com or tweet at him. You can also visit Why Guy on 11Alive.com.