Why we fold the American flag into a triangle

You've no doubt seen it at the end of the school day, or during military funerals. It has prompted some to wonder WHY a triangle. 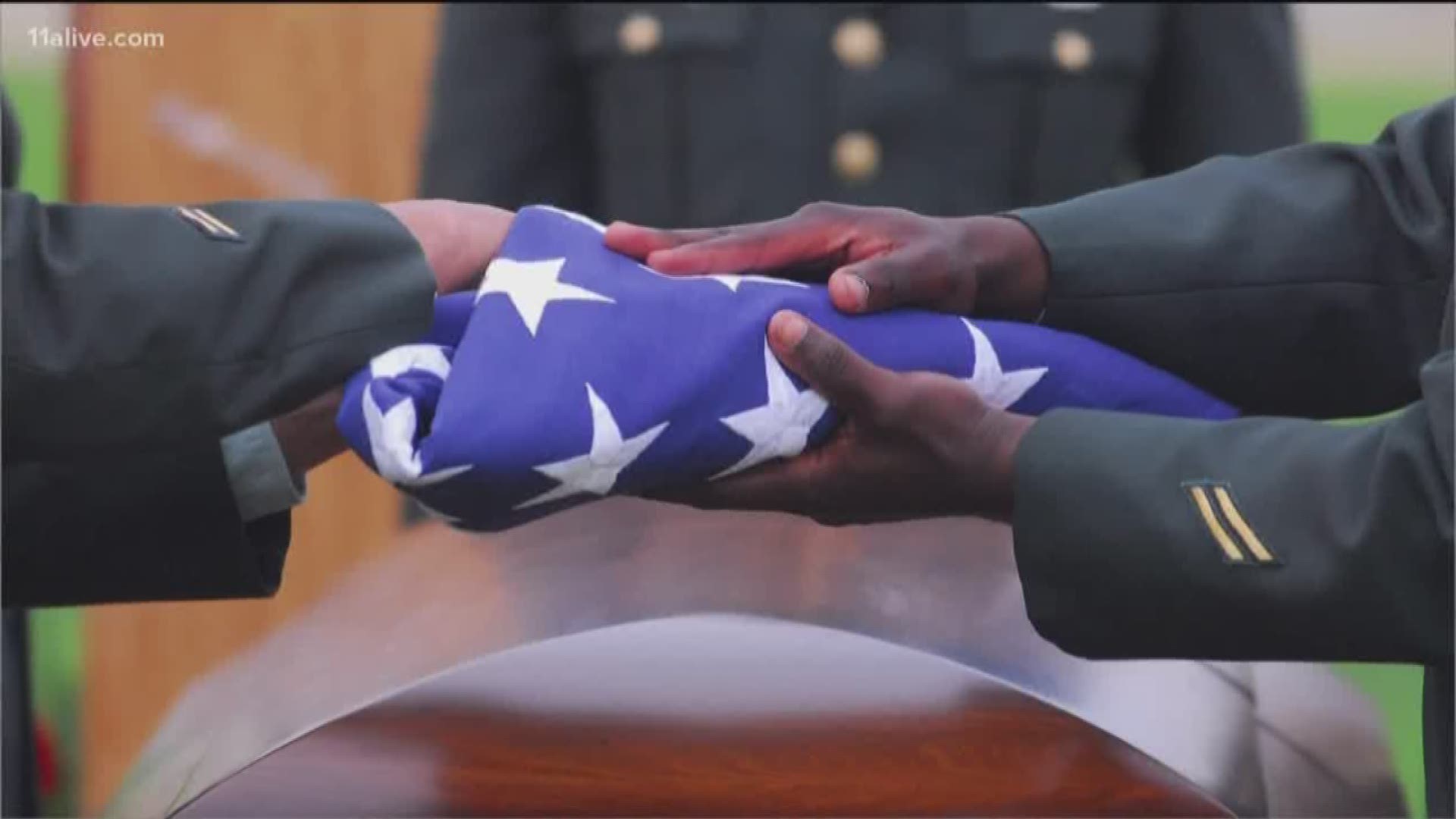 ATLANTA— July 4th will find Atlanta cloaked in red, white, and blue, as we embrace many traditions when it comes to Old Glory.

You’ve no doubt seen it at the end of the school day, or during military funerals. It has prompted some to wonder.

Why do we fold the American flag into a triangle?

Actually, tradition calls for us to fold the flag into the shape of a tri-cornered hat, the kind worn by George Washington and other soldiers who served in the Continental Army during the Revolutionary War.

The troops carried a variety of flags during that war including Betsy Ross’ version.

Their method of folding the flag to resemble their hats carries on today.

It begins by folding the flag twice lengthwise. It then typically takes thirteen triangular folds to get the proper shape. The flag’s red and white stripes are tucked away and no longer visible.

Military bases will conduct retreat ceremonies at the end of duty each day. The method of folding the flag symbolizes daylight vanishing into the darkness of night, leaving a field of blue with bright white stars.