Video posted to Instagram shows a crowd of people throwing punches and swinging what appear to be bats in the courtyard of the complex. 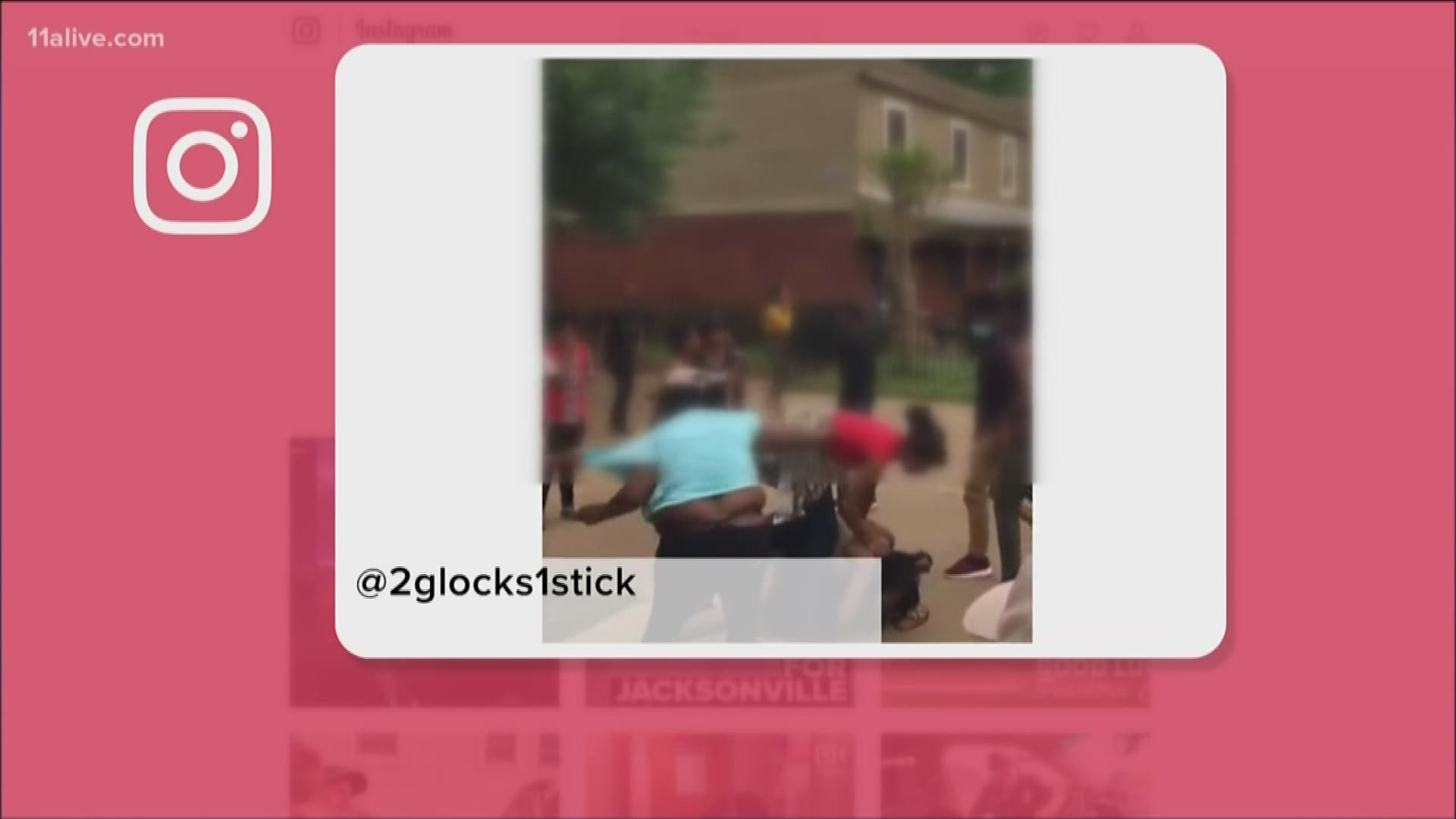 ATLANTA — Police are begging for witnesses to come forward to help identify several people involved in a massive brawl at a southeast Atlanta apartment complex over the weekend.

Police believe it happened April 12 at the Forest Cove Apartments off McDonough Avenue near Moreland.

Video posted to Instagram shows a crowd of people throwing punches and swinging what appear to be bats in the courtyard of the complex. At one point in the video, a man appears to jump on a woman's back while she's down on the ground. Most frightening, several young children also appeared to be caught in the middle of the fight.

Police have few details to go on - including what led up to the brawl - which is why they're trying to get witnesses to speak with them. So far,  police say they've been unsuccessful.

According to one police report filed by a victim believed to be connected to the brawl, the woman told police she broke her ankle while trying to break up a fight between a man and her daughter, who said she had been caught in a tussle with another group of unknown women.

Another victim told police she had been stabbed during the fight, which she said involved between 15 to 20 people. Police noted in the report it did appear she had been cut, but it didn't look to be a stab wound.

Police say this is not the first time they've had to respond to this particular apartment complex. Documents from Atlanta Police show officers have been dispatched there more than 130 times since last June. An overwhelming number of those calls were for shots fired, with 13 people shot. But there were also a handful of reports of other violent crimes, including stabbings and alleged rapes.

In a statement, police said they have been working to curb some of the alleged violence, but it has been difficult because of the lack of cooperation from witnesses. Atlanta Police condemned this latest incident.

"APD has worked to assign more resources to the community, and will continue to do so. The disturbing actions depicted in this video are unacceptable and are compounded by a lack of cooperation by witnesses when officers arrived on the scene. Investigators are working to identify the individuals depicted in this video."

They concluded by asking for anyone with information about the massive fight to contact Atlanta Police or submit tips anonymously through Crime Stoppers of Greater Atlanta. Tipsters can do so at 404-577-TIPS (8477).