Will SunTrust Park change its name after merger?

SunTrust Bank announced Thursday it would merge with Southern regional bank BB&T, making them the sixth-largest bank in America. 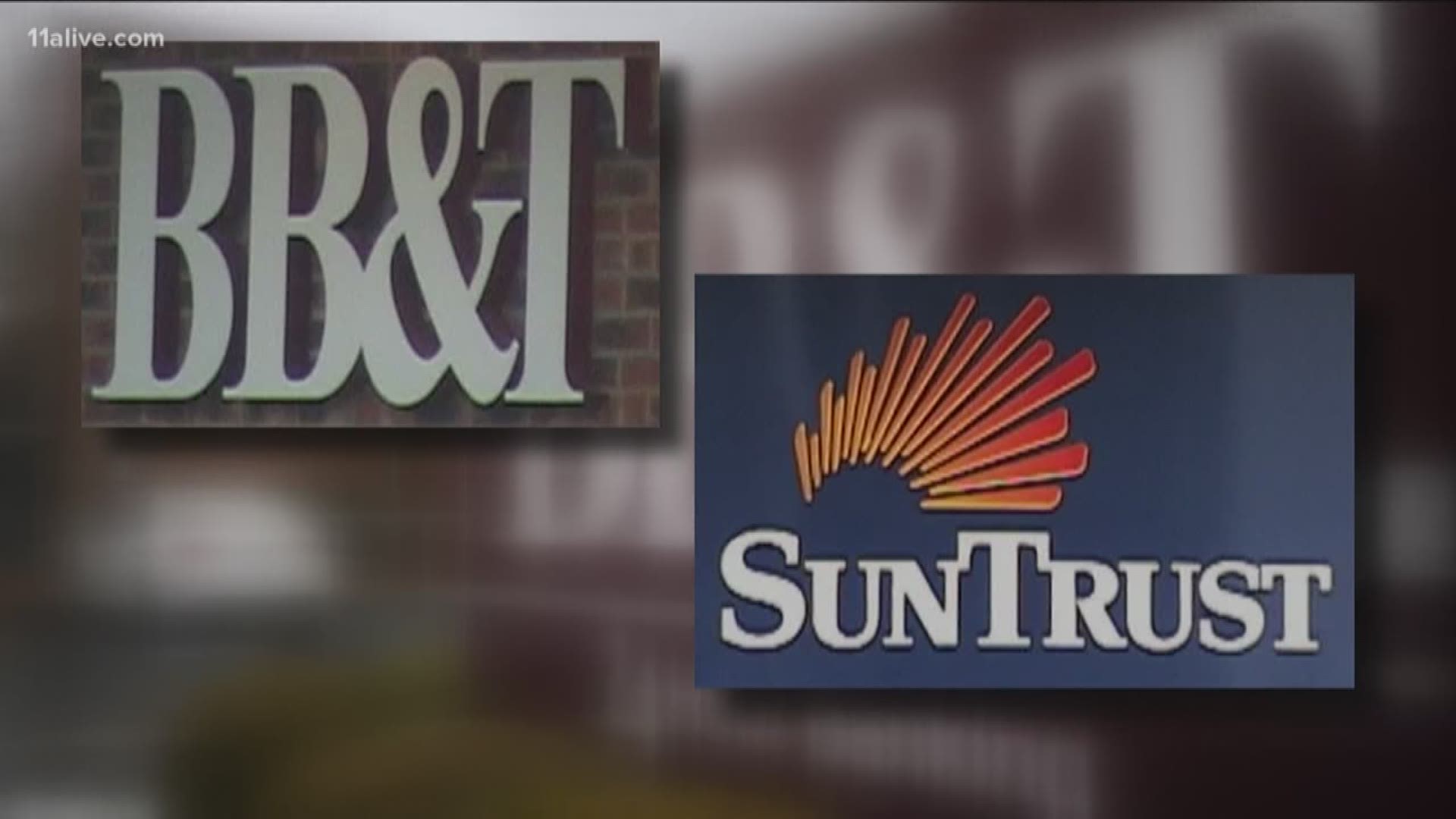 COBB COUNTY, Ga. — Southern regional banks BB&T and SunTrust are combining in an all-stock deal to create a new bank valued at about $66 billion -- leaving many wondering what's next for SunTrust Park, home of the Atlanta Braves.

The combined company will be based in Charlotte, North Carolina, its board and management evenly split between BB&T Corp. and SunTrust Banks Inc. A new name will be chosen before the deal closes in the fourth quarter.

A SunTrust spokesperson said the merger does not change the company’s commitment to the Cobb County stadium, home to the Atlanta Braves.

RELATED: SunTrust is leaving Atlanta after $66 billion merger | This is what we know

"This does not change our commitment to SunTrust Park. In a reflection of the equal contribution both banks bring to the new institutions, the companies will operate under a new name, which will be determined prior to closing. However, for now, it remains business as usual," the PR rep said.

Back in 2014, SunTrust signed a 25-year agreement giving it marquee signage, as well as additional signage and promotional opportunities at the 41,000-seat stadium.

BB&T holds the naming rights to more than a half-dozen sporting facilities in Florida, Kentucky, North Carolina and Pennsylvania.