With 2 shots from her pistol, and prayer, 79-year-old woman holds off burglar

"I'm scared, please hurry... Lord, have mercy," she whispered to the 911 dispatcher. "I'm gonna blow your brains out!" she shouted at the burglar. 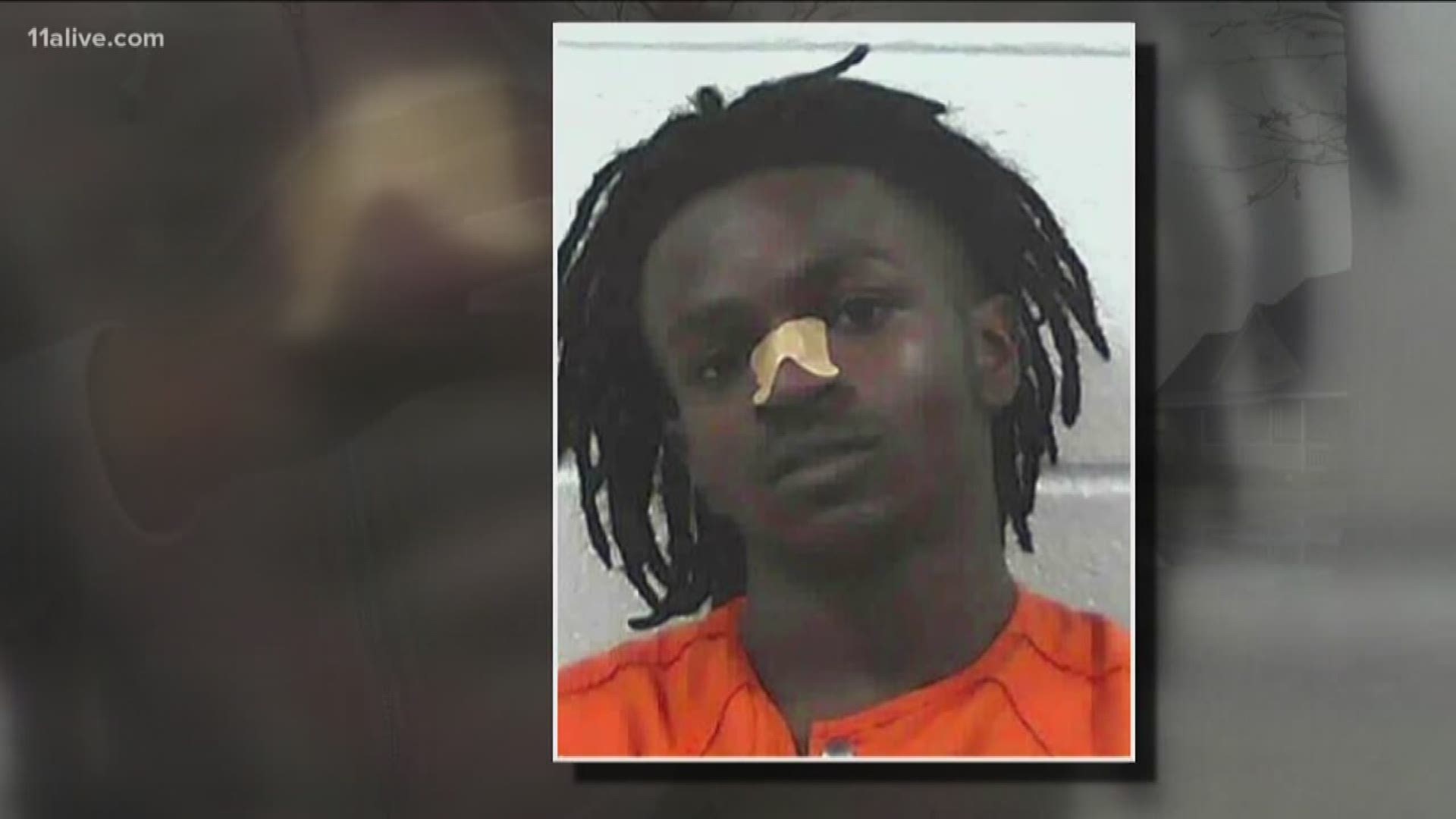 JACKSON COUNTY, Georgia — A frantic 911 call paints a picture of the terrifying moments a 79-year-old woman fended off a burglar as he tried to get inside her Jackson County home.

It was just after noon on Feb. 12 when the woman called 911, and shot at the 20-year-old suspect twice - while she was still on the phone with 911. She was able to fend him off until deputies arrived to arrest him.

"They’re trying to get in the back door. Hurry. Hurry. Please," she tells the 911 dispatcher. She thinks, at first, there are two burglars.

The 911 dispatcher asks her where she is in the century-old house.

"I'm in the kitchen," she answers.

"I’m watching the door that they were trying to get in. Ooh, they’re breaking glass,” she says, her voice beginning to shout.

She shouts at the burglar though the back door: "Okay, come on! I got something for you!"

The 911 dispatcher interjects, not wanting the woman to confront the man: "Ma’am, listen to me."

Just then, the 911 recording picks up the sound of a gunshot. The woman had fired her pistol in the direction of the burglar outside. He ran to another door and broke in, anyway.

For nearly 10 minutes, the woman and her pistol took control of the home invasion while she gave the 911 dispatcher a play-by-play of the 20-year-old man who she said was making a racket ransacking another part of the house.

The man, who was later arrested and charged, is Hans Rogers. His residence listed in jail records is Dallas, Georgia.

On the 911 call, the woman's voice is shaking, she is terrified, speaking in whispers to the 911 dispatcher about how frightened she is. And she prays.

But the woman shouts defiantly at the burglar, who had moved away from the back door where he initially tried to break in. He climbed the back outside stairs, and broke through that second-floor door, and began to ransack the upstairs rooms.

"I'm waitin' on ya', come on!" she shouts from downstairs. "When you come down those stairs I’m gonna blow your damn brains out!"

Still on the phone with 911, she fires her pistol again, toward the second floor of the house.

The woman was shooting in the man’s direction not trying to hit him, explaining to her daughter later, she just wanted to keep him away from her.

He finally tried to hide in an upstairs closet, now afraid of her.

The burglar cowered there until deputies arrived to arrest him — a 20-year-old man subdued by a 79-year-old woman.

"She didn’t allow herself to become a victim," the woman’s daughter said, Tuesday. "My mother’s a very strong woman. I know where I get my strength from, now.  As a matter of fact, I think she’s a little stronger."

"I don’t know if I could have handled that situation as well as she did," the daughter continued. "My mother’s a very spiritual person … if she wanted to hit him, she could have hit him … She just wanted to keep him off of her.”

The daughter said the sheriff told them later that the suspect has a history of medical issues, and needs prescription medication, which he did not have that day.

"Looking back on it, I thank God that he found my mother, and not someone else, because he could have been dead, now," the daughter reflected, adding that what they wanted for him now: "Help. The help that he needs."

IN OTHER CRIME NEWS:

* Sophie's Nightmare: How a Georgia mother allowed her boyfriend to impregnate her 10-year-old