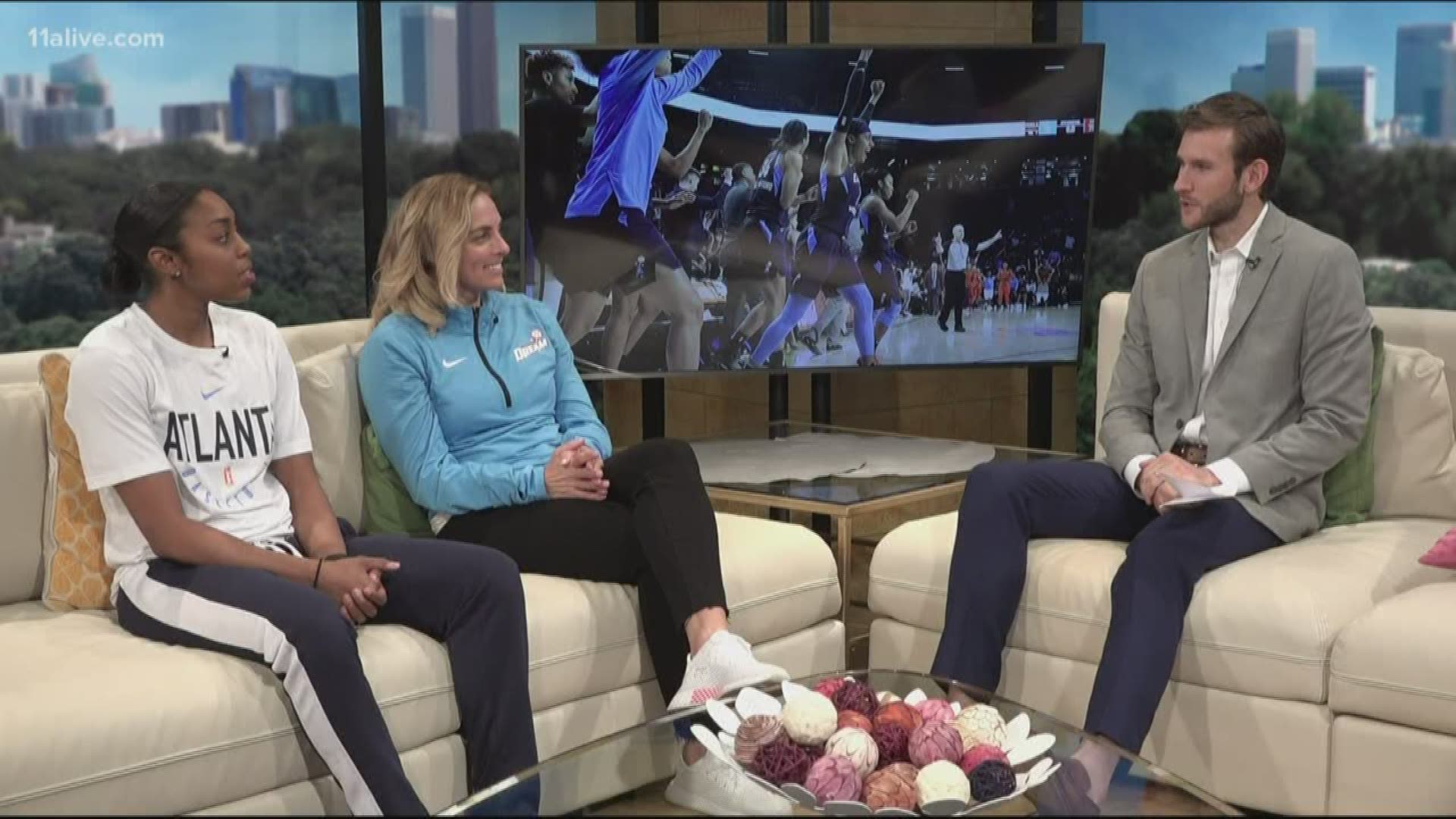 ATLANTA — The Atlanta Dream were one win away from the WNBA Finals last season. In their final loss, they were within three with just seconds left, and had a chance at a tying shot that came up short.

They don’t intend to come up short again.

Last season was something of a surprise – the Dream nearly reversed their record, from 12-22 the season before to 23-11, the best record in the East. When they tip off on Friday night against the Dallas Wings at State Farm Arena, expectations will be sky high.

“I think what people don’t understand, they think we had like this perfect season – we had a rough go for a couple months,” Coach Nicki Collen said at a town hall event in March. “Going into this year, I think the beauty of what happened last year is we don’t have to convince them that what we’re telling them can work.

A knee injury ended her season last year, and she’ll miss the start of this season as she works her way back from offseason surgery. She tweeted this week, though, that’s “starting to feel great again.”

Until she does return, the team’s backcourt of star guard Tiffany Hayes – who scored more than 17 points a game last season -  and 10-year veteran Renee Montgomery will take on even more importance.

They’ll also look to Elizabeth Williams and Jessica Breland in the frontcourt, who both started all 34 games for the Dream last season, to keep things stable.

They’ve added Nia Coffey, a strong shooter off the bench, and brought in size with 6-5 Marie Gulich during the offseason. And growth is expected from a crop of young players that includes Brittney Sykes, the seventh overall pick in the 2017 draft, and Monique Billings, who played in 32 games off the bench as a rookie last year.

Collen has stressed the strength of her team from top to bottom ahead of the new season.

“Especially in some ways without Angel, as much as Tiffany showed that she can be a superstar in this league, this team is built off of players that kinda need each other to be successful,” Collen told the Dream team’s website this week. “When we screen well, when we move well, when we cut hard, that makes us all hard to guard as opposed to necessarily a team that’s gonna play through a Brittney Griner or play through somebody that’s gonna demand double teams.”

If the preseason is any indication, they should be confident of starting things off on the right foot – they beat Dallas 82-59 in one of their three preseason games.