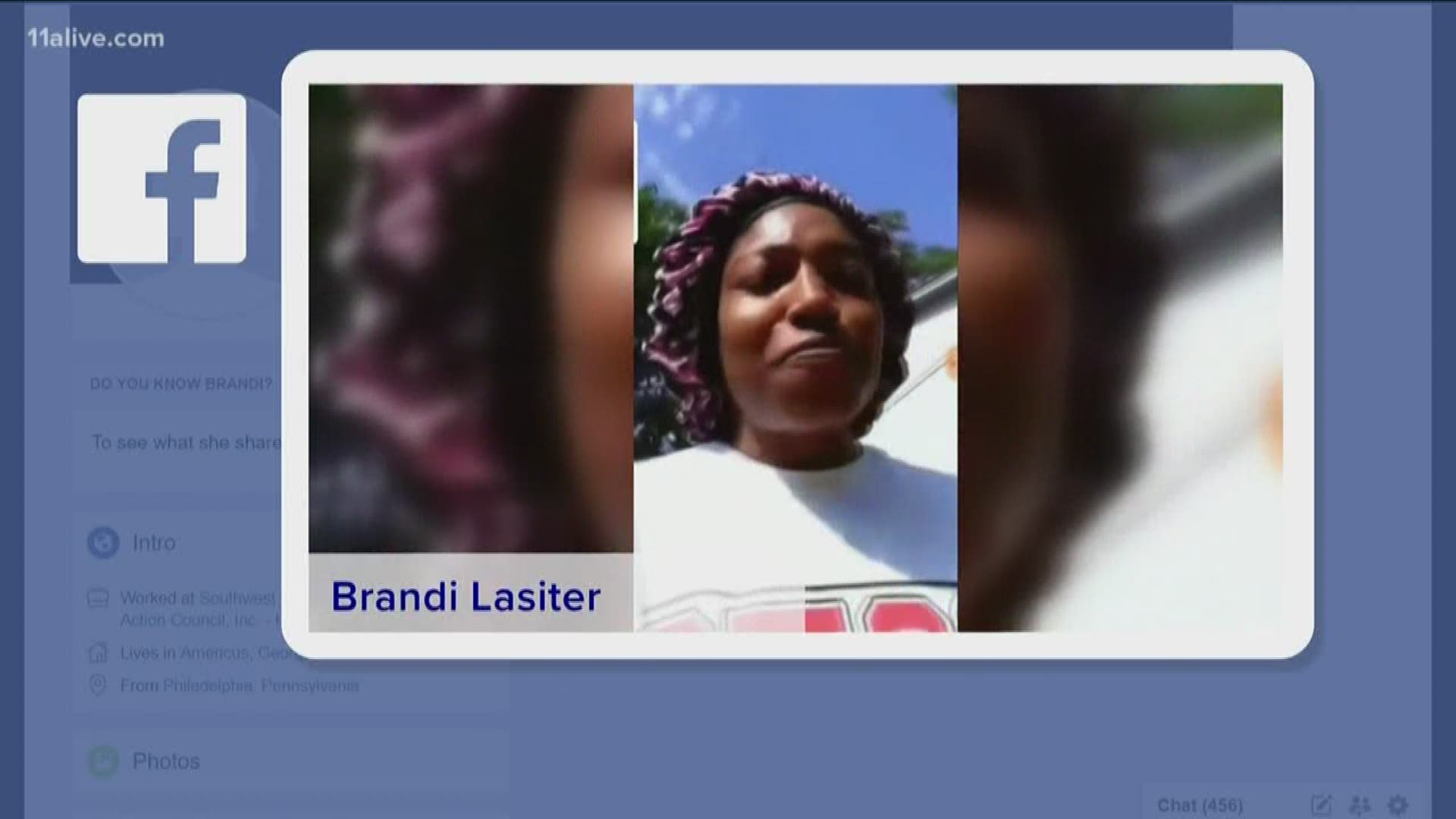 AMERICUS, Ga. — Police have confirmed they are investigating a case involving a woman’s viral rant revealing she is HIV positive and listing off the names of men she claims to have given it to.

The woman in the video was identified by Americus Police as Brandi Yakeima Lasiter.

UPDATE: Woman who lied about spreading HIV in viral rant charged with misdemeanor

The department said it got several tips about the video on Friday. According to police, one of the men named in the video filed a complaint of “harassing communications” against Lasiter.

They cited Georgia Code 16-5-60, saying it is illegal to knowingly attempt to transmit HIV.

UPDATE: Woman who made viral video telling people she gave them HIV now says she doesn't have it

In this roughly one minute video, Lasiter not only lists the men she allegedly infected but also names the wives and girlfriends of the affected. She goes on to brag about revenge and wanting to watch the men suffer.

11Alive spoke with Major Herman Lamar with the Americus Police Department. He said they are still in the process of investigating the claims she made.

"On Friday, we received several forwarded links to the video," he said.

Major Lamar said part of the investigation will be to determine if Lasiter has HIV. If she does and knowingly infected others, she'll face serious charges. Even if it ends up being a hoax, she'll still likely face lesser charges.

RELATED: Massive spike in HIV funding comes to Georgia. One man says getting care here is already a problem

Police said she's currently being questioned but wouldn't say if she's been arrested.