Rico's World Kitchen in Gwinnett is recovering after a woman drove into the front of their restaurant. 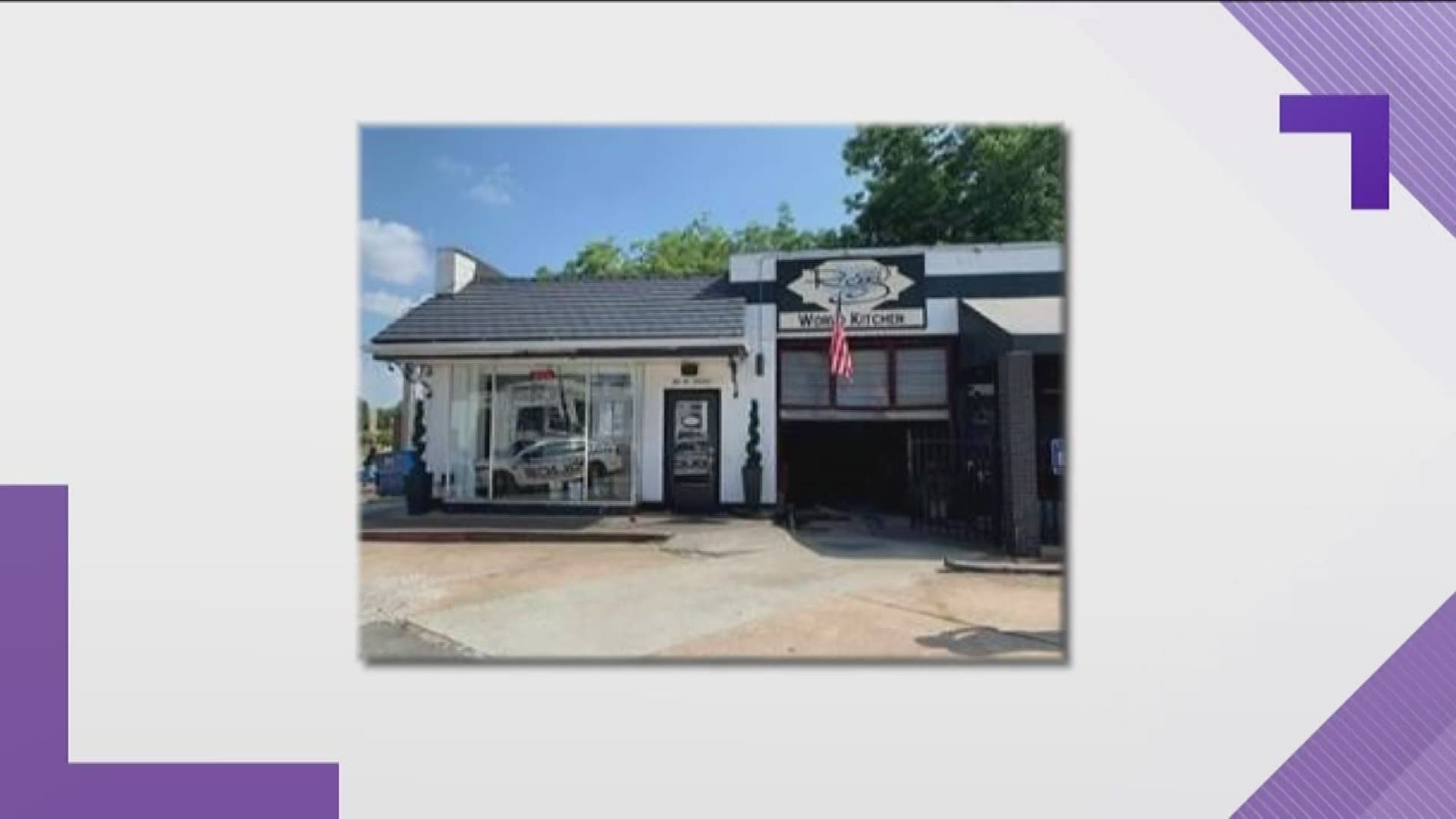 GWINNETT, Ga. — Police say a woman mistakenly hit the gas instead of her brake, which resulted her crashing into a popular Gwinnett County restaurant.

Authorities say 65-year-old Etta King accidentally drove her car into the front of Rico's World Kitchen in Buford on Wednesday, just after 4 p.m.

The vehicle crashed into the front of the building causing debris to fly everywhere, injuring one person, police said.

The person injured was sitting at the back of the restaurant, and was taken to a local hospital with minor injuries.

The restaurant posted on Facebook that they plans to reopen as soon as they can.

Rico's World Kitchen
We are very thankful no one got seriously injured. All things considered, we don't have much to repair before we are back online. Thank you all for the kind words and support. We will post soon on...