The incident happened a little before 8:00 a.m. 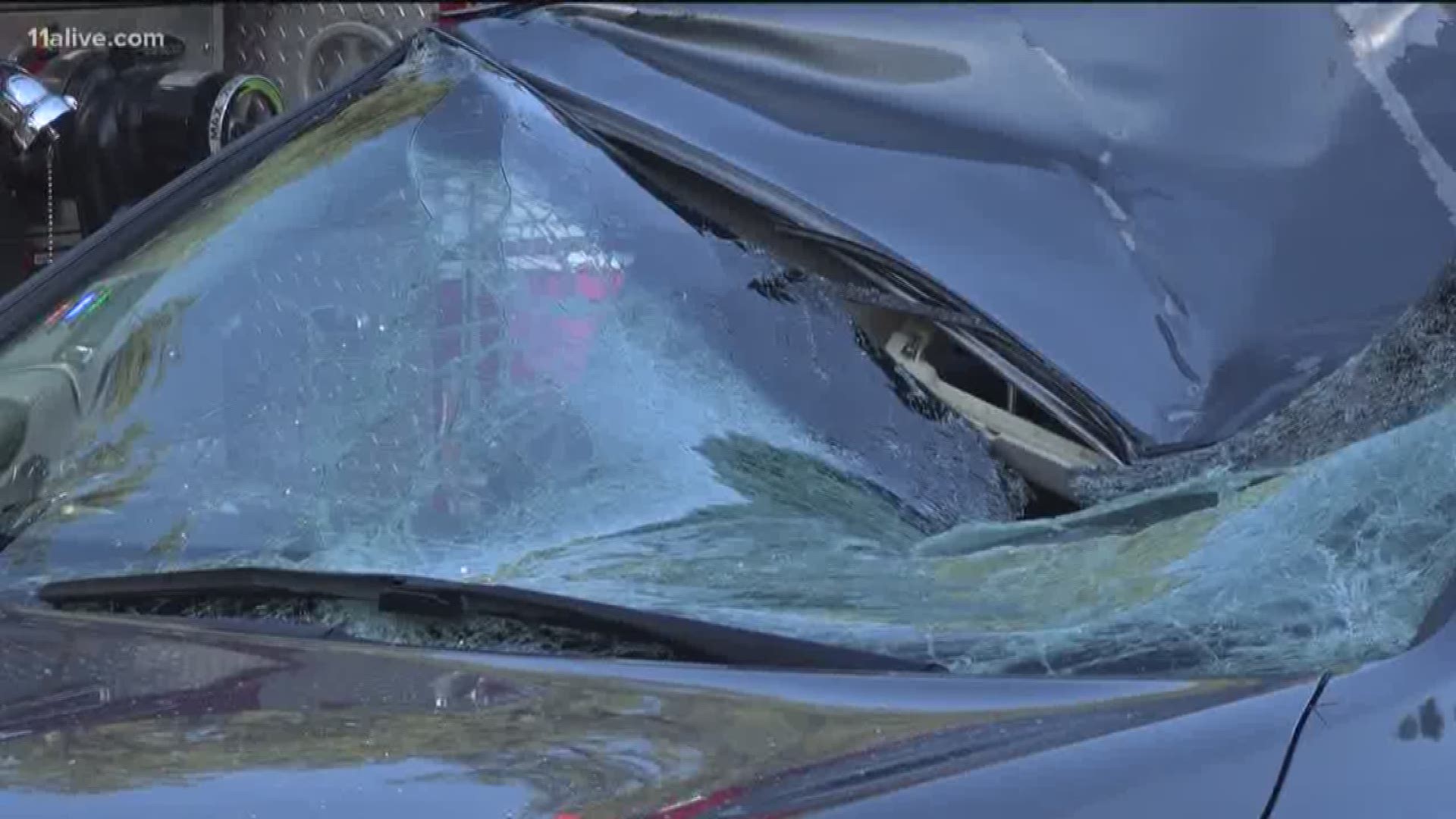 SANDY SPRINGS, Ga. -- Authorities have identified a woman killed after being struck by a truck wheel on Georgia 400.

The incident happened a little before 8:00 a.m. Thursday at Northridge Rd.

According to Sandy Springs police, a truck was heading northbound when one of its rear wheels separated from the vehicle, went across the median where the tire and wheel hit a car traveling southbound.

The female driver of the car was struck and killed on the scene, according to Sgt. Sam Worsham with Sandy Springs Police.

"[The wheel] ended up coming down and hitting the driver's side of the windshield," Worsham said. "No other vehicle was involved. It was just the tire striking the vehicle. That amount of energy just crushed the roof line as well as the windshield of the car."

The victim was identified as 49-year-old Julieanna Shedrawy, of Alpharetta.

"It was one of those wrong place wrong time kind of accidents," Worsham said. "Literally a one mile an hour difference here and then could have completely changed the outcome of this crash."

Investigators determined that the wheel came off of the truck due to a mechanical failure. No charges have been filed.

11Alive's Faith Abubey spoke to Shedrawy's mother, Jackie Smith, over the phone. Smith said her daughter, originally from Connecticut, was a great mother and wife who loved the lord and was a hard worker.

"She was a genuinely loving person with a beautiful heart," Smith said. "She always over-extended herself to help other people."

Smith, who still lives in Connecticut, told 11Alive Shedrawy worked in restaurant sales and leaves behind a husband and two daughters, age 11 and 16, both born in Georgia.