Her experience as a journalist and black woman gave her a unique perspective. 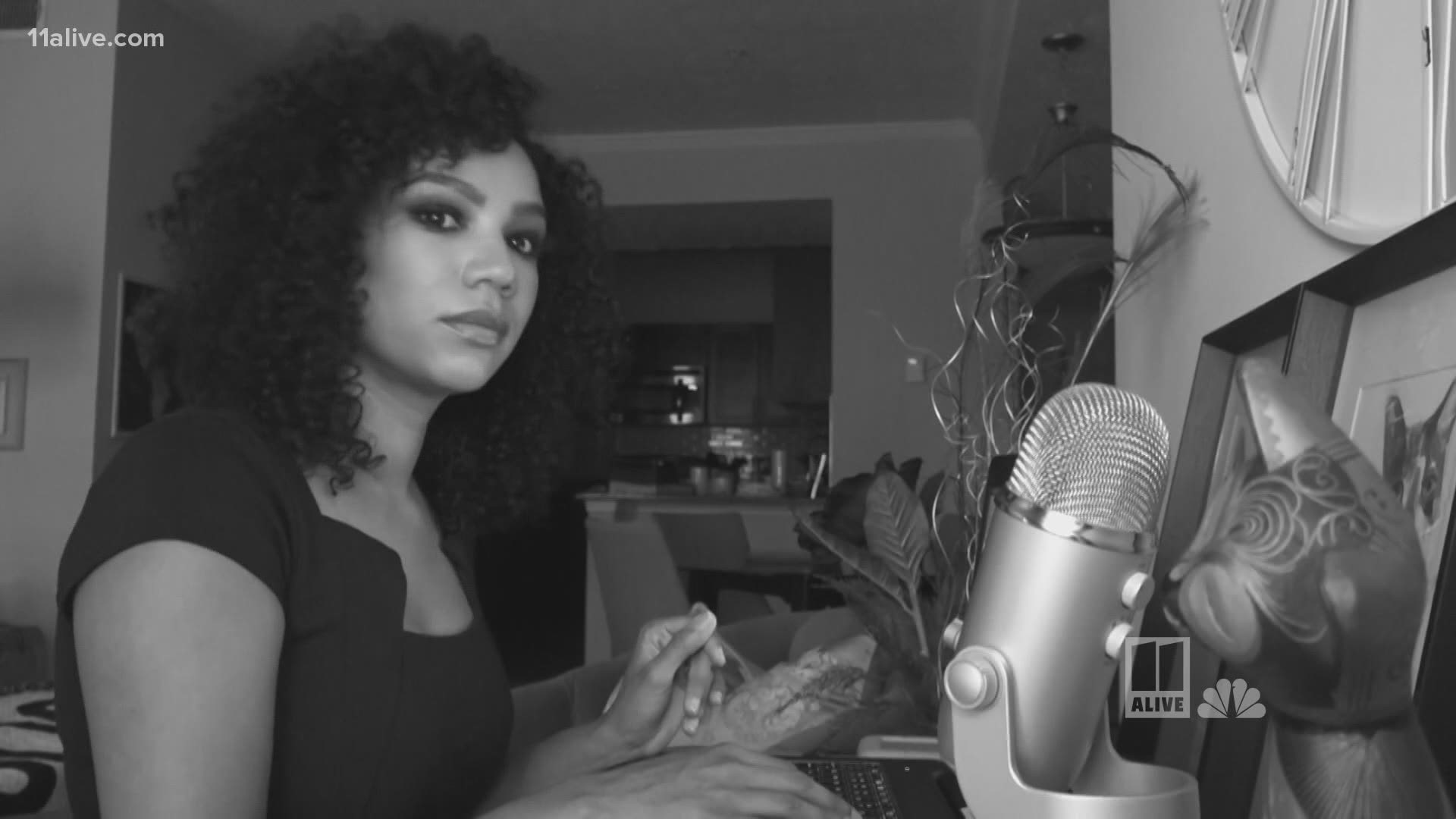 ATLANTA — 11Alive Reporter Hope Ford was on the front lines during the racial injustice protests following the killings of George Floyd, Ahmaud Arbery, and Breonna Taylor.

Her experience as a journalist and Black woman gave her a unique point of view. In the following piece, Ford describes the woes, wins, and juxtapositions that came along as she reckoned at the crossroads of her intersectionalities, voice, and familial history.

This is her story:

I’ve been a journalist for 12 years. I’ve covered lots of protests, but going into the George Floyd protests, I knew something was different.

I knew in the past, we as journalists failed the community when covering Black Lives Matter. We weren’t explaining the root of the issue -- racism.

But I never felt I could say that out loud. Never thought my voice mattered in that way.

See, I’m not only a journalist.

When going into the first protest in Atlanta, I wanted to focus on accountability, for everyone, including me.

Then five days into the protests, something happened.

It was right after curfew. My cameraman and I ran into these crosses.

Sixteen to be exact. All with the names of dead black people. We missed it earlier because there were thousands of people out there. But after curfew, it was just the police, the media, and these crosses.

So I went on the air and read them off.

One by one. And then I felt something was off. So I wrapped up the segment, but one of the anchors asked me a question.

And a few seconds later, for the first time in my career, I cried on live TV.

The first person to text me after that was my news director. A White woman.

It was four words, “I’m crying with you.”

I let out a little sigh of relief because I for sure thought I was fired. My coworkers texted me saying thank you, we’ve been feeling this all week. My social media was lighting up with people saying thank you for being human.

But even with all that reassurance, I thought, 'Why did you start crying?'

Then it hit me.

I’d been spending all my energy doing two things, covering the protests and pretending I wasn’t Black.

I was pretending like I didn’t know -- on a personal level -- exactly why all those people were out there.

I’ve been called a n*****, told I needed to straighten my hair to get jobs, have brothers who served in the military but were still worried that wearing camo for their country wasn’t enough, because they couldn’t take off the thing that made them a target -- their black skin.

When I saw those crosses, I saw all those videos, replaying over in my head. I realized these communities, my community, had been yelling for years -- we just weren’t listening.

So, when covering protests, if I’m pretending like I don’t understand; like I don’t know why, then I’m not telling the whole story.

As the protests continued, so many people asked me, "Who's side are you on?"

For so long, I thought that was a trick question.

I’m a journalist, I don’t choose sides. But, It’s different when you’re covering race issues as a person of color. You should never know how a journalist feels about any issue they’re covering or which way they lean politically.

But journalists can hide their political leanings.

I can’t hide my skin color.

I wanted to be a journalist to make sure everyone knew their voices were important. My role is to make sure stories are told accurately.

To help everyone understand ... why.

To treat these stories like I would any other.

I’m a journalist. I’m on the side of truth, accountability, and morality.

I’m Black. I’m on the side of truth, accountability, and morality.

I don’t have all the answers, but it’s my job to seek them out.