The Atlanta native beat Polona Hercog, of Slovenia, in the third round on Centre Court at Wimbledon on Friday. 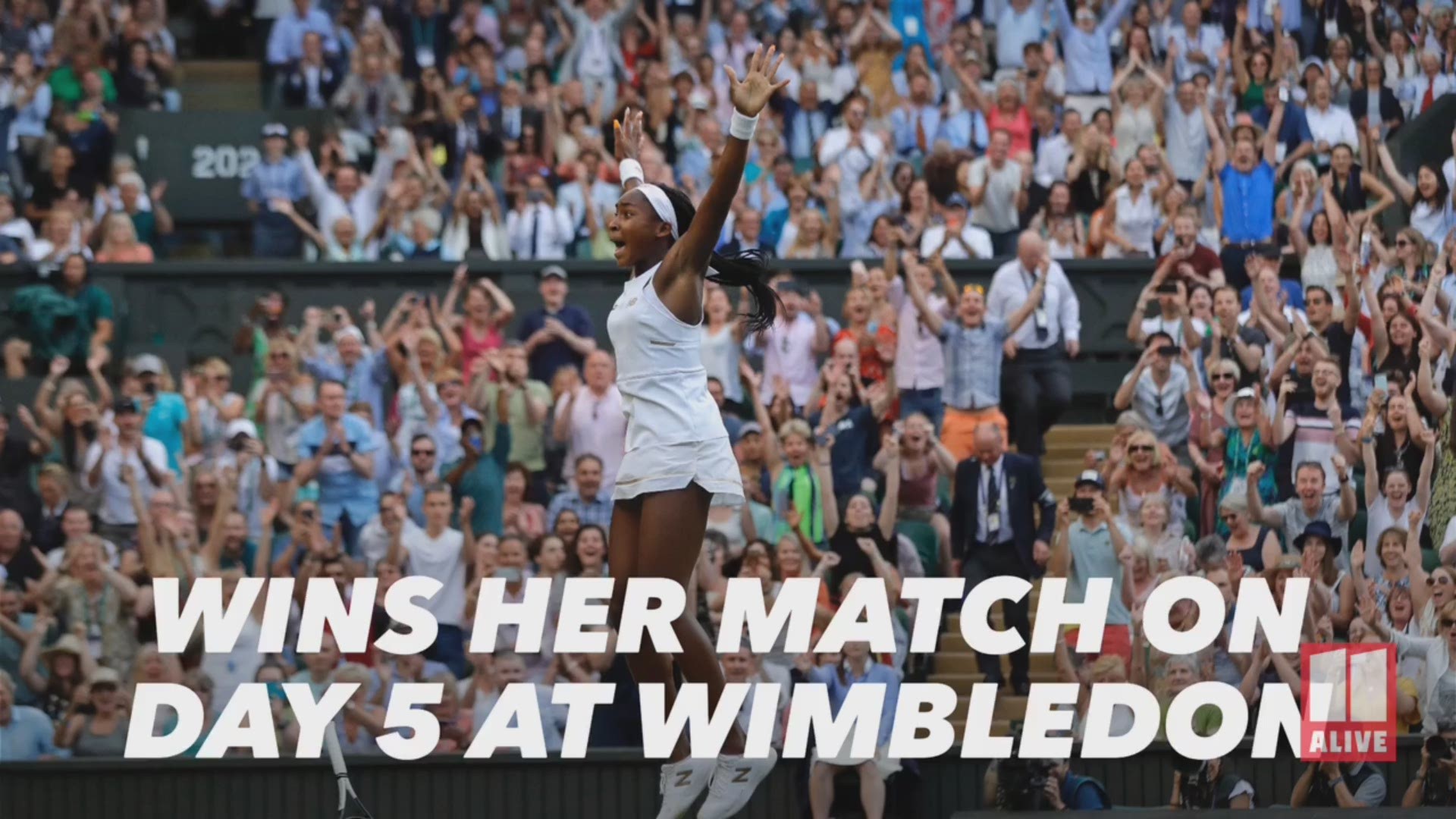 Atlanta native Cori "Coco" Gauff made an incredible comeback to keep rolling at Wimbledon on Friday.

MORE: Coco Gauff's mom has us all fired up

In an unbelievable second set, Gauff forced a tiebreak after being down 5-2. She denied Slovenian opponent Polona Hercog twice on match point.

She then battled back again from 5-3 in the tiebreak to win 9-7, relying on a combination of daring shots and a steady but forceful two-handed backhand stroke.

She overcame a stiff third-set test from Hercog to seal the remarkable victory.

Gauff will face Simona Halep in the round of 16. Halep won the French Open in 2018.

Gauff quickly become a star at the grass-court major championship. She beat five-time Wimbledon champion Venus Williams in the first round and 2017 semifinalist Magdalena Rybarikova in the second.

Gauff, who was born in Georgia and is now based in Florida, is the 12th-youngest player to compete in women's singles at the grass-court Grand Slam tournament since professionals were first admitted in 1968. The 11 who were younger all got spots in the draw via direct entry, rather than qualifying.