Coach Bill Thorn has run every AJC Peachtree Road Race since 1970 and isn't about to miss this year's race. 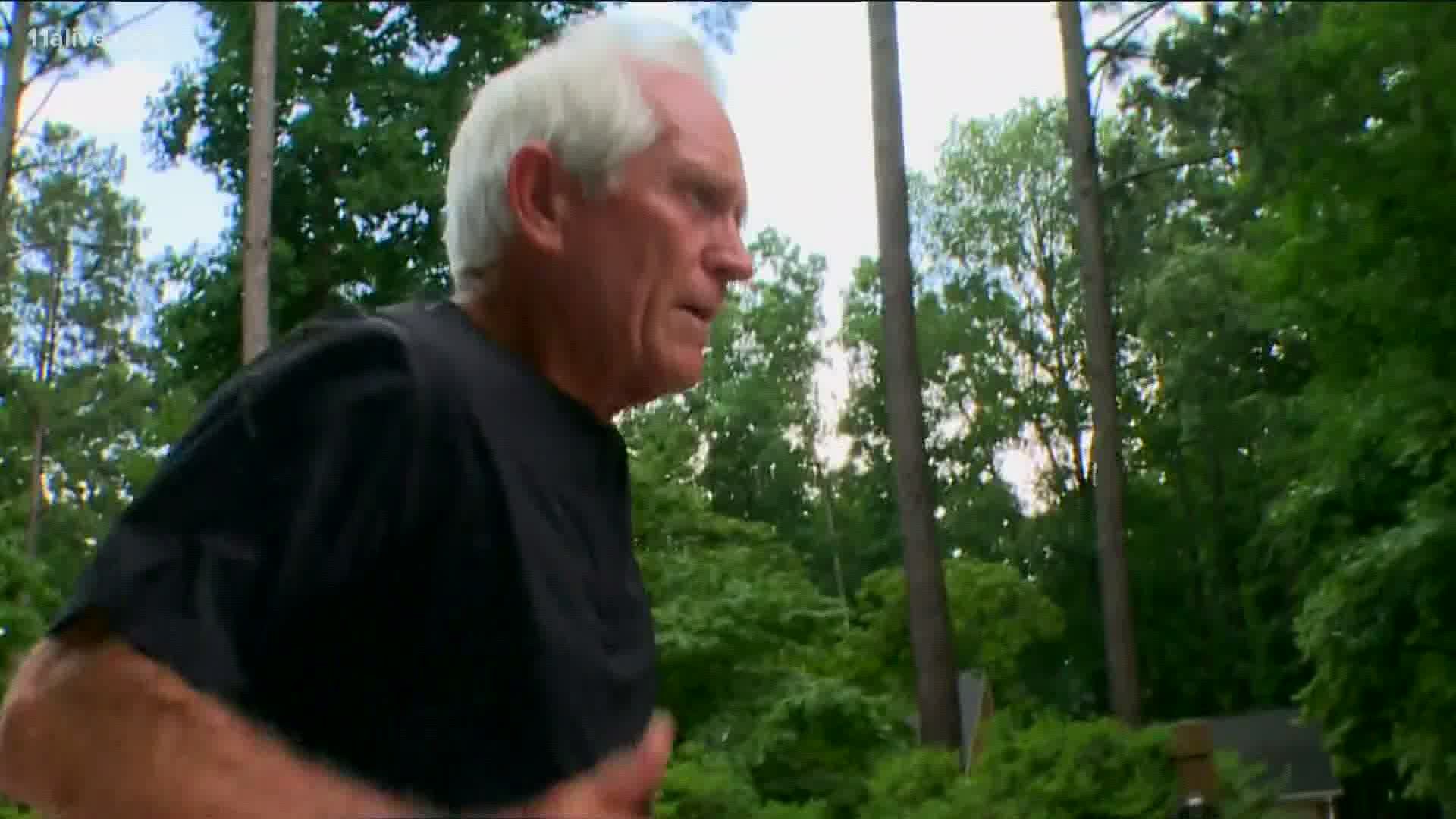 Even though the official race is postponed until Thanksgiving Day, he's not letting that slow him down.

It won't look the same to Thorn this year, but he said that's OK.

"Well, I'm going to run. I just got through in Tyrone marking off a 10K course from my mailbox from my house," he said.

He's invited anyone who wants to join him to run their own race Saturday morning at 7 a.m.

"If you would like to experience at 6.2, or however far you want to go, meeting me at 7 a.m. in front of my mailbox. Or I'll have the course marked off and you can go do it yourself anytime of day," he said.

The 89-year-old works out 365 days a year and has run the Peachtree every single year since he was 39.

He's one of only 110 people who finished the first race in 1970 and has made a point of running it every year.

"Just like the first year, you didn't get a T-shirt, so you couldn't be running for a T-shirt," he said.

He said he's kept every shirt from every year since. However, it's not about the shirt for him, or even the big crowds. It's about consistency and commitment.

The race us just something, he said, he refuses to miss.

"Never. I planned around it. It's just like anything, I make it a priority,"Thorn explained.

While Thorn is running his own course in Tyrone, Georgia, Atlanta Police have warned people not to run the actual Peachtree course on Saturday. The streets will not be closed, and the route won't be safe for pedestrians.