He's one of roughly 110 people who finished the original AJC Peachtree Road Race back in 1970. 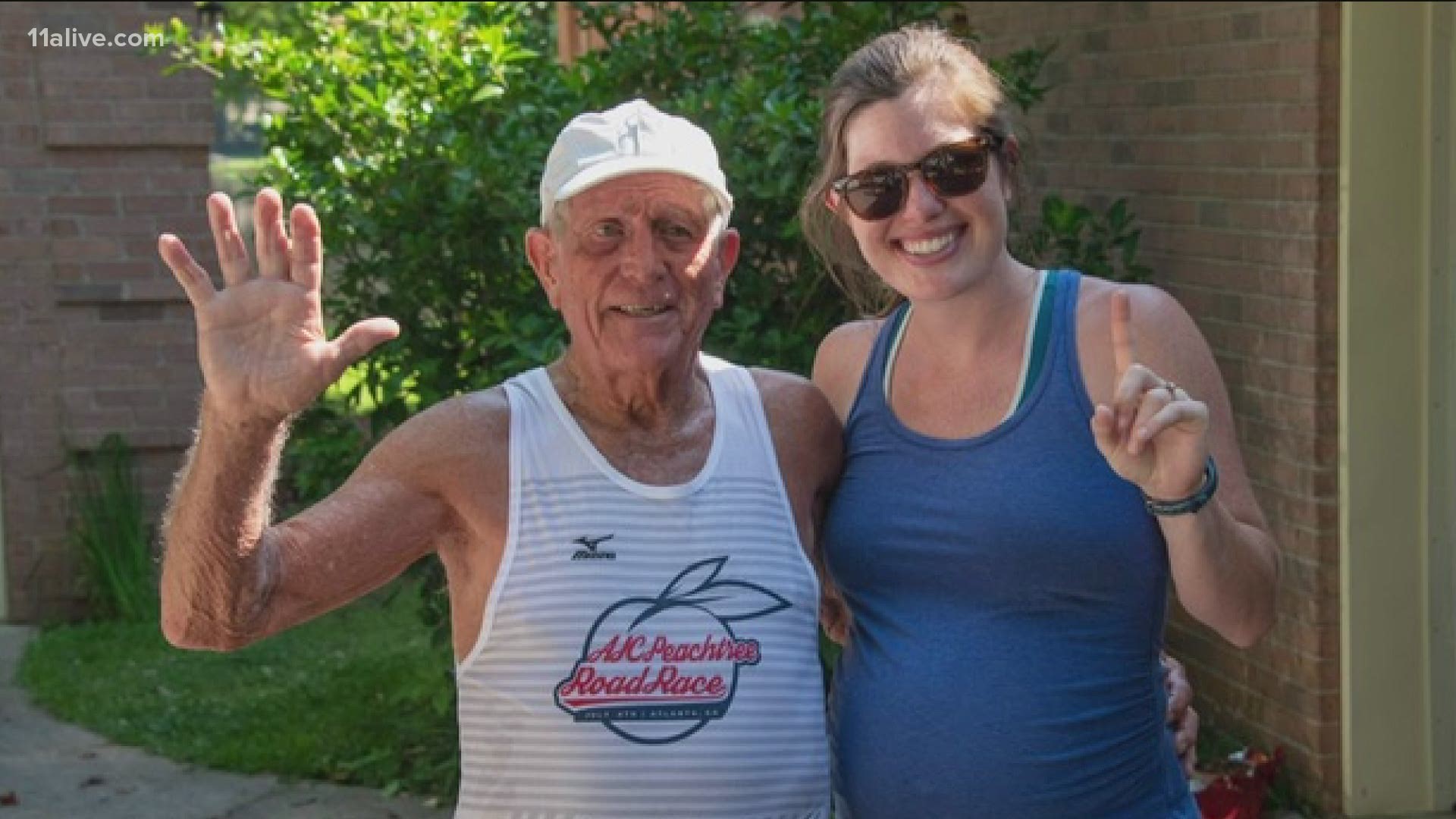 So, when this year's race was postponed due to the coronavirus, Bill decided to run his own 10K with his family.

For many, the Fourth of July is about celebrating with a barbecue and watching the fireworks. For Bill, the kickoff to Independence Day is marked by running.

"This isn't a normal July the Fourth, as you know," he said.

Saturday, Bill wasn't about to let a canceled race rain on his Independence Day.

"I went 6.2 miles, I have a course marked off that went from our house and we went downtown Tyrone then turned around and came back," he said.

Every year for the past 50 years, Bill wakes up on the fourth heads out to tackle the course - never missing a day in between.

It's that kind of determination that keeps him going. He's one of roughly 110 people who finished the original AJC Peachtree Road Race back in 1970. In exactly two months, Bill turns 90 years old. And he hopes to run the rescheduled 2020 race on Thanksgiving Day.

Bill plans to run again on Sunday and he never skips. But, for now, the champion runner said the hard part's over. He plans to spend the Fourth of July with family relaxing and enjoying the holiday.

"The rest of the day? I've got a pretty good idea that they're going to fix some hotdogs and hamburger,” he said.